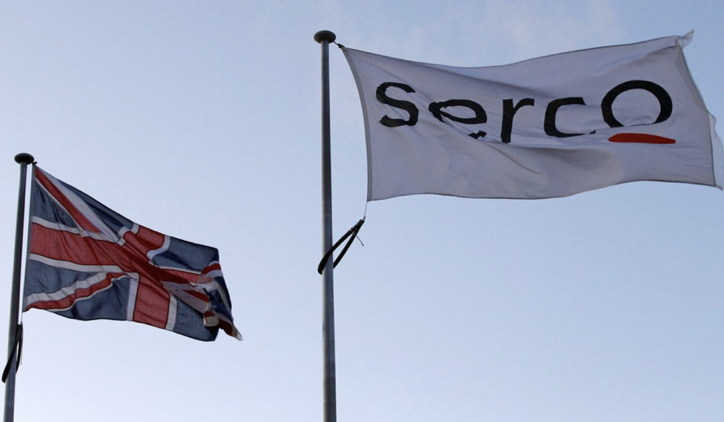 By Caroline Malloy: The outsourcing giant Serco has won an additional £45m to provide COVID test centres, openDemocracy reveals. The multi-million-pound deal has not been made public but provides a major additional role for the controversial firm in the UK’s troubled Test and Trace scheme, which has come under fire as infection rates rise across the UK.

It has also emerged that another big Serco contract for COVID contact tracing, worth up to £432m, has a clause which allows Serco to effectively rewrite key terms on service provision – terms which have been redacted. The move has been criticised by procurement experts as “unethical” and “bad practice”, with the government’s overall approach to the contract labelled “astonishing”.

Even David Davis MP, the former Brexit Secretary, said – “Whilst it’s entirely understandable that the Department of Health has accelerated or maybe even short-circuited some of the procurement processes in the circumstances, there is no excuse for secrecy either over the number and size of the contracts and most particularly over the level of service the contracts deliver. These are matters of extraordinary public interest and there is no conceivable reason for not releasing it.”

As with much of the government’s coronavirus response, Serco’s test site contract does not appear to have been advertised or open to public competition. Nor has the government published it, despite government guidance that this should be done within 20 days of the contract being awarded.

The Department for Health has told openDemocracy that “Serco’s involvement in test site provision is covered by a separate contract” – meaning that it is separate from the contact tracing scheme – and added: “The reported Serco contract with the value of £45m is for provision of test sites.”

Professor Allyson Pollock, a member of Independent SAGE, said it was “beyond belief” and “extraordinary” that despite “clear evidence of the extraordinary failures of the privatised test and trace system”, the government wasn’t “terminating these contracts and reinvesting it into public health services and labs which have been shown to be highly effective.”

“Would you trust Serco to act in good faith, given their track record”

Serco’s separate £108m COVID contact tracing contract – the value of which could rise to £432m if it continues through to next year – allows Serco to “refine” its own service level agreements, oversee its own monitoring, and also rules out automatic penalties for underperformance.

A former senior government civil servant and procurement expert told openDemocracy that the terms of this deal seem to “completely unwind the kind of rigour they wanted to introduce a few years ago, which was triggered by Serco’s own behaviour [in the wake of a separate scandal over a prisoner electronic tagging scheme].” “Basically the statement they’ve made, is ‘we think we’re buying this, but we don’t really know, so maybe let’s have a chat about it.’”.

The contract also requires Serco to act ”in good faith”. The expert told openDemocracy that having this form of words in a contract was highly unusual. “Contracting is meant to be really precise and watertight… would you trust Serco to act in good faith, given their track record? Particularly with Serco, one of the offenders, the idea that you would try to contract with them in good faith is astonishing.”

Serco has been involved in a number of high-profile controversies in recent years. Late last year the firm signed an agreement to escape prosecution by the Serious Fraud Office over a notorious prisoner electronic tagging scheme run by its subsidiary, Geografix. A long-running investigation found that Geografix had engaged in fraud and false accounting, inventing half a million pounds worth of costs which were “complete fabrications”. Serco has had to pay the government almost £100million in fines, compensation and legal costs as a result of its subsidiary’s behaviour. The outsourcing giant also admitted giving false data to the NHS when it ran a large GP out of hours contract.

A Serco spokesperson told openDemocracy that both events took place before 2013 and since then the company had undergone “complete change of its management and significant reform of all its governance and procedures”.

However, in 2019, Serco was fined almost £3m by the Home Office for contract failures relating to its provision of housing for asylum seekers in Scotland and Northern Ireland, raising what a senior MP called “serious questions” about transparency.

Information about the fines – which the government says were not “fines” but “financial deductions” – only emerged after a lengthy Freedom of Information battle. Serco said at the time that after a “very difficult service transition six years ago… service performance improved [since 2016], with KPI service credit penalties significantly reduced.”

A Serco spokesman has now confirmed that they operate 30% of COVID test sites. openDemocracy understands that the rest are operated by Sodexo and G4S, with support from Mitie, Boots and the army. Serco also stressed that other firms provide other aspects of the testing programme including test kits, laboratories, and booking systems. Deloitte – which has already faced criticism for its involvement in the scheme – is responsible for the overall management of the testing programme, but not the on-the-ground delivery.

The scale of Serco’s involvement in the COVID response has attracted controversy because of the firm’s close ties to senior Conservatives. Health minister Edward Argar was formerly head of public affairs at Serco, while the company’s chief executive Rupert Soames is the brother of former Tory MP and party grandee Nicholas Soames.

“The testing fiasco is a direct result of long-standing Tory cuts to public health and their dogmatic obsession with outsourcing. Instead of throwing money at these private firms with abysmal track records, they should have invested early on in public health, primary care and NHS labs to build an effective testing and tracing service. These failures mean infection rates are now rising and we’re on edge of losing control of the virus.”

At time of writing, openDemocracy had not received a comment from the Department of Health.

Just what COVID contracts do Serco have?

So far we know that Serco has COVID contracts of £108m potentially rising to £432m for contact tracing call centre provision, £45m rising to £90m for a Department of Work and Pensions helpline for people shielding from the virus, £45m for test sites, and £1m to help the Department for Business, Energy and Industrial Strategy to run a business helpline in the light of COVID-led increased demand.