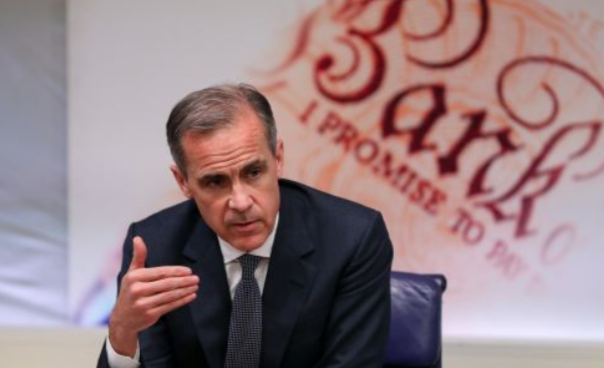 By TruePublica: The recent announcement that the Bank of England is to hand Venezuela’s invested gold over to an unelected leader preferred by the United States has much more international importance to Britain than the mainstream press has either recognised or reported.

According to The Guardian – “A UK foreign office minister has suggested that the Bank of England grant access to £1.2bn in Venezuelan gold reserves to the self-proclaimed interim leader Juan Guaidó rather than Nicolás Maduro.”

In a statement to British MPs, Sir Alan Duncan said: “It is they (The Bank of England) who have to make a decision on this, but no doubt when they do so they will take into account there are now a large number of countries across the world questioning the legitimacy of Nicolás Maduro and recognising that of Juan Guaidó.” This is clear political interference and undue pressure by the government over the Bank of England.

Guaidó has already written to Theresa May asking for the funds to be sent to him.

Richard D Wolff is a professor of economics emeritus at the University of Massachusetts, Amherst. He is also currently a visiting professor in the graduate programme in international affairs of the New School University, New York City. Wolff asserts, quite rightly that Britain is directly interfering in the affairs of Venezuela – a sovereign nation.

Wolff makes the point that this political meddling by Britain makes a mockery of every international agreement that we know of about the non-interference of the affairs of other countries. Wolff also says that America has obsessed over whether Russia has had some role in meddling in its own political elections but whatever they may find is nothing remotely to what the Americans are doing to Venezuela.

The British government too has obsessed over Russia’s so-called meddling in its affairs and now we find it too is openly and far more aggressively involved in the crisis being pushed upon the Venezuelan people.

Wolff also stresses that the collapse of Britain, exacerbated by Brexit, is now merely an instrument of America and now about to take another step in its international fall from power. One of the few things left for Britain is the financial centre that London has been for so long and one of the ways you stay a financial centre is if you don’t play games with other people’s money.

“It is for the Venezuelan’s who put the money into the care of the British bank to determine what is done with it, is not the Bank of England to pick who its going to give money to – that comes from another society. You can be sure that every govenment in the world is going to rethink putting any money in London as they used to do when they are watching this political manipulation with the money they entrust to the British – it is very dangerous for the world, but for Britain in particular.”

“They are no longer playing the game they have played for the last 200 years – they can no longer claim to be the neutral place where you can safely place your money. Britain has shown it is now under the thumb of the US who is telling them what to do in Venzuela and is a demonstration to other countries that are having or may have problems with the US to get their money out – as London is no longer the safe place it once was.”

Oilprice.com reports that the US government is now seeking to totally cripple Venezuela. “The Trump administration stepped up its effort at regime change in Venezuela on Monday, announcing sanctions intended to cripple the country’s oil sector. Oil revenues will be diverted into a designated account. The Trump administration is trying to put Venezuela’s oil revenues into the hands of its preferred president, Juan Guiadó.”

It is obvious what America is doing here and just as obvious that Britain has been told to toe the line in direct action in Venezuela and the crisis that unfolding upon its people.

“The threat of oil sanctions on Venezuela has been on the table for the better part of two years. Former U.S. Secretary of State Rex Tillerson repeatedly hinted at the possibility of oil sanctions, but the U.S. government held off on such a drastic move over fears that it would deepen the humanitarian crisis in Venezuela and it would also result in the U.S. bearing responsibility for the crisis.”

Both of those things are now happening. American sanctions have arguably made the humanitarian situation much worse in countries all around the world where they have suffered from forced ‘regime change’, and this new round in Venezuela will surely deepen the misery inside the country – aided by Britain.

Finally, Britain should take note that American foreign policy also now extends to fully destabilising both Cuba and Nicaragua alongside Venezuela. Last year, the Whitehouse “announced an aggressive new policy to confront the governments of Venezuela, Cuba and Nicaragua, labelling the three nations the “troika of tyranny”.

John Bolton, the ultra-right-wing aggressive war hawk and Mr Trump’s national security advisor ominously said during a speech in Miami, Florida months ago that “The troika of tyranny in this hemisphere – Cuba, Venezuela and Nicaragua – has finally met its match.”