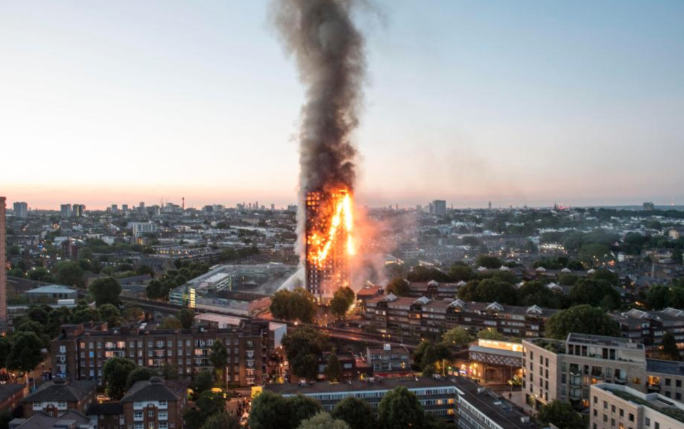 By Adam Ramsay: A PR firm run by a former Downing Street staffer claimed to be behind a series of media attacks on Labour MP for Kensington, Emma Dent Coad, openDemocracy can reveal.

Kingsgate Political Communications Limited is run by Christopher Brannigan, a former advisor to Theresa May who quit after the Tories’ disastrous general election last summer. Shortly after that vote – and after the Grenfell Tower fire a few days later shocked the world – a series of negative media stories appeared about newly elected Kensington Labour MP Emma Dent Coad. Unaware he was speaking to openDemocracy at a fundraiser, Brannigan bragged that his PR firm “did the Emma Dent Coad stuff”.

Dent Coad stunned commentators by taking Conservative-held Kensington by just 20 votes. A few days after the election the Grenfell tower fire killed 71 people in her Kensington constituency. Brannigan told our undercover reporter at a political fundraiser that the Grenfell fire was more damaging to Theresa May than the general election result.

The Labour MP has been a very vocal critic of the local Conservative council and argued that the Grenfell tragedy was a direct consequence of their failures. She also compiled a damning report about economic inequality in the constituency, highlighting that male life expectancy in the poorest area of Kensington is 22 years shorter than the richest area, and has fallen by six years since the Tories came to power in 2010.

Since the Grenfell fire, Dent Coad has faced a barrage of criticism in the tabloid media. Right-wing attack blog Guido Fawkes published 15 separate stories about her, under the headline ‘Guido investigation’, and the Mail and the Sun both ran outraged front pages about her various comments based on information from more than half-a-decade of tweets, blog posts, speeches, and a letter to the Guardian.

Many of the pieces were based on jokes she made about the royal family before she was an MP. But some of the criticism was more serious. Seven years ago Dent Coad quoted the term “token ghetto boy” to describe a black Tory member of the London Assembly. She subsequently apologised for her racist language.

Last week Brannigan told openDemocracy that he has “never carried out research on opposition politicians”.

Speaking to openDemocracy about the revelations, Emma Dent Coad said: “There are hundreds of people who have been waiting ten months to be rehoused. The idea that people close to the Prime Minister have been spending this time smearing me is nothing short of a disgrace.”

“Britain’s right-wing tabloids in particular have a long history – supported more recently by political blogs like Guido Fawkes – of manipulating news in pursuit of political ends. We need more transparency throughout our news media – not just from Facebook and Twitter – so that voters can make genuinely informed choices about who and what to believe.”

openDemocracy’s revelations shine a spotlight on a growing world of opposition research around the Conservative party in the UK.

Christopher Brannigan is on the advisory board of the UK Policy Group, a Tory-linked consultancy that bills specialises in providing “research dossiers” on “opponents” with information on their “targets’ record, background and views”. Brannigan is also the sole director of ‘Kingsgate Political Communications’, a company registered at a residential address in Winchester according to filings at Companies House. The company was set up in July 2017, just weeks after Brannigan left Downing Street and around the same time that the UK Policy Group was launched.

Before talking about “the Emma Dent Coad stuff”, Brannigan talked about the key role that the Grenfell fire and the public reaction to it had played in undermining the prime minister’s confidence in the wake of the disastrous election.

There are strong links between the right-wing press and these Conservative circles. The Sun’s Westminster correspondent Harry Cole, who used to work for the Guido Fawkes blog, had previously run glowing pieces about Brannigan in the Sun, reporting his appointment as government relations director at Number 10 Downing Street, and, later, to the shortlist of potential Conservative candidates for Aldershot under headlines declaring him to be a ‘war hero’, due to his key role in the British Army’s (ultimately failed) operation in Basra, Iraq.

Speaking to openDemocracy about the journalists leading the attacks on Dent Coad, one Westminster insider said:

“These people are always about together, drinking in Portcullis House or one of Parliament’s many bars.”

The selection in Aldershot, in which Brannigan stood, was arguably the most controversial of the 2017 election. Then sitting Eurosceptic MP Gerald Howarth’s son Christopher, works in Westminster, running the powerful hard-Brexit lobby group of MPs, the European Research Group. The local association was reported to want the prominent Brexit supporting MEP Daniel Hannan to replace the retiring Howarth. However, the central party refused, drawing up a short-list of potential candidates that included Downing Street staffer Brannigan and the successful candidate and now MP, Leo Docherty.

Brannigan had previously failed in an attempt to be the Conservative candidate for Hampshire Police and Crime Commissioner.

Dent Coad, meanwhile, is continuing to ask tough questions about the Grenfell fire.

At a time when public trust in politics and news media is low, openDemocracy will continue to ask tough questions about who exactly is operating in our democracy, and to what ends.