What the mainstream media don’t want you to know 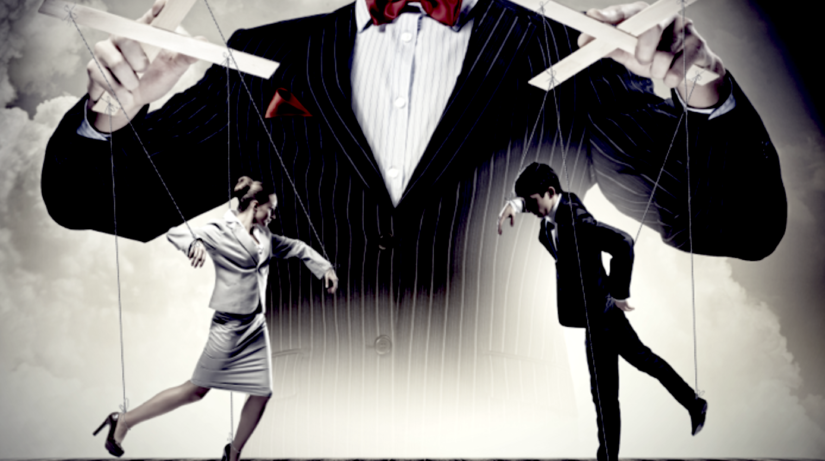 By TruePublica Editor: The gutter press, as they were once described, are the type of newspapers that pay more attention to shocking stories about sex, celebrities personal lives and peddling propaganda than to more serious matters. At the forefront sits The Express, Daily Mail, The Sun and the Mirror. None of these newspapers has a trust rating higher than the gutters they inhabit. In fact, UK newspapers overall are the least trusted in Europe because of them. And while trust in the newspapers of the other 27 nations rises overall, in the UK it continues to reach new lows – according to industry representative Press-Gazette and surveys by YouGov.

And despite the growing exposure of how some of the newspapers have been almost single-handedly responsible for distorting the public narrative and the UK’s political landscape, nothing is done to move the pendulum in the right direction. The reason is that this is the terrain of the right-wing. When questioned, they call their divisive assertions ‘free speech.’

It’s interesting to look at the ‘Rulings’ and ‘Resolutions’ pages at the Independent Press Standards Organisation (IPSO) website. The first ten pages of complaints are littered with all sorts of accusations and grievances. Taking just the mainstream printed press (not the regionals or locals) just over 70 per cent of complaints are directed at the right-wing papers and an astonishing (or not) 53 per cent were against just the outlets of the Daily Mail and the Sun. Another Murdoch title, The Times did worse than the Telegraph both of whom managed to exceed even the Express – a newspaper that spouts all sorts of nonsense including numerous articles about aliens living amongst us. The Independent, Guardian/Observer had not one entry.

Alan Rusbridger is the Chair of the Reuters Institute for the Study of Journalism. Just read this excerpt from his article last week in the Guardian about the Harry and Megan story, to get some perspective about the state of the media today.

“For some years now – largely unreported – two chancery court judges have been dealing with literally hundreds of cases of phone hacking against MGN Ltd and News Group, the owners, respectively, of the Daily Mirror and the Sun (as well as the defunct News of the World).

The two publishers are, between them, forking out eye-watering sums to avoid any cases going to trial in open court. Because the newspaper industry lobbied so forcefully to scrap the second part of the Leveson inquiry, which had been due to shine a light on such matters, we can only surmise what is going on.

“The BBC reported last year that the Murdoch titles had paid out an astonishing £400m in damages and calculated that the total bill for the two companies could eventually reach £1bn.”

But there are clues. Mirror Group (now Reach) had by July 2018 set aside more than £70m to settle phone-hacking claims without risking any of them getting to court. The BBC reported last year that the Murdoch titles had paid out an astonishing £400m in damages and calculated that the total bill for the two companies could eventually reach £1bn.

Publicly available court documents detail the alleged involvement of Rupert Murdoch’s son James and the reinstated CEO of News UK, Rebekah Brooks, in suppressing or concealing the true extent of wrongdoing within the Murdoch titles. The Sun’s official position is to “not admit” any unlawful activity, while simultaneously shelling out enormous sums so that this position can never be tested.

Former Daily Mirror editor Piers Morgan, one of the most vehement critics of the royal couple, does not find time or space to let his readers or viewers know that his name crops up very many times in the generic phone-hacking litigation particulars of claims.

In the background, there are quite a lot of worried newspaper executives and former editors, who have absolutely zero interest in treating the couple kindly or even-handedly.

The metrics are irresistible: this couple sell newspapers and attract eyeballs by the billion. There is little hope that editors are going to dial down their coverage.”

The British right-wing press has a lot to answer for. They have destabilised the country. They are warmongering psychopaths, detest those less fortunate and despise organisations that challenge their distorted world-view. I personally was never a fan of Jeremy Corbyn but what we witnessed last year was an organised propaganda campaign against an individual not witnessed in this country since the last World War. The problem was that by keeping Corbyn out, Brexit was forced in and that is permanent.

The award-winning journalist Jonathan Cook sums it up – “The Sun isn’t produced by a bunch of working-class lads down the pub having a laugh, nor is the Mail produced by conscientious middle managers keen to uphold “British values” and a sense of fair play and decency. Like the rest of the British media, these outlets are machines, owned by globe-spanning corporations that sell us the illusions – carefully packaged and marketed to our sectoral interest – needed to make sure nothing impedes the corporate world’s ability to make enormous profits at our, and the planet’s, expense. The media’s job is to serve as the propaganda arm of big business. Even if the Sun makes an economic loss, it has succeeded if it gets the business candidate elected, the candidate who will keep corporation tax, capital gains tax and all the other taxes that affect corporate profits as low as possible without stoking a popular insurrection.”

And as Cook rightly goes on to say – the media are there to support the candidates who, for instance, agree to sell off more and more public services for short-term profit, allowing the corporate vultures to pick hungrily at their carcasses. Was this not what Brexit was all about. Billionaires, foreign actors and corporations looking to make more profit from deregulation.

We now have nationalism and racism endorsed by a government who forced their way in through a campaign of lies by utilising the platforms and money of billionaires.

If the truth be told – the British media, including that of the broadcasters such as the BBC are now just propaganda machines. The great con is to make everything look even-handed most of the time but when the big events that decide our future prosperity are being decided, these machines step up. For instance, the Daily Mail reports extensively about the pensions crisis and social care crisis as if they care. They are appealing to an ageing demographic. So they ramp up all the fake news stories about the EU, about being swamped with immigrants who are bleeding the NHS dry and besieging our schools with the offspring of rapist terrorists to rile up a proportion of the electorate who do actually get out of their chairs and vote. And you already know what do they vote for – I don’t have to spell it out here. Of course, they employ some good journalists – they do this to camouflage their real intentions.

The corporate media is not there to inform the public, they are there to uphold those in power and ensure it stays there. And when you look at the true shocks to our country, the shocks that changed the course of history – they were all backed by a media funded by those in power. Globalisation, Iraq war, the systemic collapse of the banking system and the dramatic rise of social media are now known to have led directly to mass class divide and the battle for truth. We now have nationalism and racism endorsed by a government who forced their way in through a campaign of lies by utilising the platforms and donations of billionaires who have no interest in the welfare of Britain as a nation.

Who are these people and what do they want? They won’t tell you because the truth would be devastating to their ambitions. Cambridge Analytica, Facebook, the Mercers, American think-tanks, front charities, the Russia report – the scandals keep coming all because the media collectively is not holding those in people to account. Indeed, they facilitated their very success. Can you imagine how the public mood would change if the BBC and Sky News allied with the printed press, actually reported a lengthy investigative piece on how Brexit really came about or the sheer scale of the lying machine Boris Johnson has used to lever his way into No10?

And what of the trajectory for Britain. Well, don’t ask the media. They are too busy spending hundreds of millions to stifle the news of their own law-breaking. The truth is not that palatable.

And now they have what they want for the time being – where will Boris Johnson, Dominic Cummings and their secretive donors from America and Russia lead us? Don’t worry, the mainstream media will tell you what to believe quite soon because that’s what they are here for in the first place.