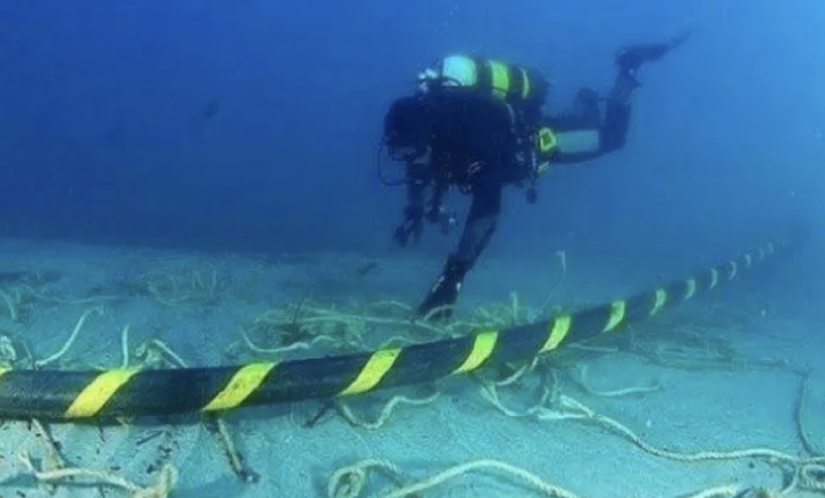 By Joseph Fitsanakis: In a move observers describe as unprecedented, a United States government regulator is preparing to recommend blocking the construction of an 8,000-mile long undersea cable linking America with China, allegedly due to national security concerns.

Washington has never before halted the construction of undersea cables, which form the global backbone of the Internet by facilitating nearly 100% of Internet traffic. Much of the undersea cable network is in the process of being replaced by modern optical cables that can facilitate faster Internet-based communications than ever before.

One such scheme is the Pacific Light Cable Network (PLCN), an 8,000-mile undersea cable construction project funded by Google, Facebook and Dr. Peng Telecom & Media Group Co., one of China’s largest telecommunications-hardware manufacturers. The PLCN’s completion will produce the first-ever direct Internet link between Los Angeles and Hong Kong, and is expected to increase Internet speeds in both China and the United States. Most of the PLCN has been laid and its completion is projected for this year.

But now an American regulatory panel plans to recommend blocking the PLCN’s final construction phase. According to The Wall Street Journal, the panel fears that the $300 million undersea cable project may facilitate Chinese espionage. The Justice Department-led panel is known as Team Telecom and consists of officials from several American government agencies, said the paper, citing “individuals involved in the discussion” about PLCN.

Never before has the US blocked the construction of an undersea cable, reported The Journal.

National security concerns have been raised with reference to past undersea cable projects, some of whom were partially funded by Chinese-owned companies. But the projects eventually went ahead after the manufacturers were able to demonstrate that the design of the undersea cables forbade the installation of wiretaps. If the PLCN project is blocked, therefore, it will be the first such case in the history of the Internet in America.

The paper said that supporters of the PLCN argue that it would give American government regulators more control over the security of Internet traffic before it even reaches US territory. Additionally, PLCN investors claim that the completion of the project will provide American companies with broader access to consumers in Asia. Google, Facebook, Dr. Peng Telecom and the US government declined to comment on the news report.