Jesus Was Born In A Police State 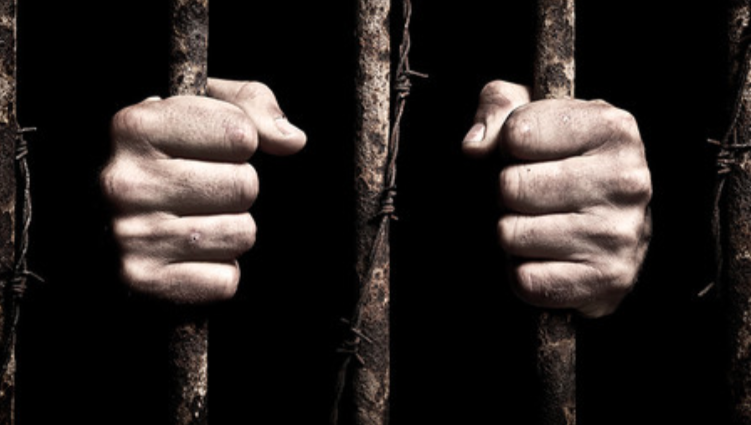 By John W Whitehead: The Christmas narrative of a baby born in a manger is a familiar one. The Roman Empire, a police state in its own right, had ordered that a census be conducted. Joseph and his pregnant wife Mary traveled to the little town of Bethlehem so that they could be counted. There being no room for the couple at any of the inns, they stayed in a stable, where Mary gave birth to a baby boy, Jesus.

Unfortunately, Jesus was born into a police state not unlike the growing menace of the American police state. And when he grew up, Jesus did not shy away from speaking truth to power. Indeed, his teachings undermined the political and religious establishment of his day. He was eventually crucified as a warning to others not to challenge the powers-that-be.

Rather than traveling to Bethlehem for a census, Jesus’ parents would have been mailed a 28-page American Community Survey, a mandatory government questionnaire documenting their habits, household inhabitants, work schedule, etc.

Instead of being born in a manger, Jesus might have been born at home. Rather than wise men and shepherds bringing gifts, however, the baby’s parents might have been forced to ward off visits from state social workers intent on prosecuting them for the home birth. One couple in Washington had all three of their children removed after social services objected to the two youngest being birthed in an unassisted home delivery.

Had Jesus’ parents been undocumented immigrants, they and the newborn baby might have been shuffled to a profit-driven, private prison for illegals where they would have been turned into cheap, forced laborers for corporations such as Starbucks, Microsoft, Walmart, and Victoria’s Secret.

From the time he was old enough to attend school, Jesus would have been drilled in lessons of compliance and obedience to government authorities, while learning little about his own rights. Had he dared to step out of line while in school, he might have found himself tasered or beaten by a school resource officer, or at the very least suspended under a school zero tolerance policy that punishes minor infractions as harshly as more serious offenses.

Had Jesus disappeared for a few hours let alone days as a 12-year-old, his parents would have been handcuffed, arrested and jailed for parental negligence.

From the moment Jesus made contact with an “extremist” such as John the Baptist, he would have been flagged for surveillance because of his association with a prominent activist, peaceful or otherwise. Since 9/11, the FBI has actively carried out surveillance and intelligence-gathering operations on a broad range of activist groups.

Jesus’ anti-government views would certainly have resulted in him being labeled a domestic extremist. Law enforcement agencies are being trained to recognize signs of anti-government extremism during interactions with potential extremists who share a “belief in the approaching collapse of government and the economy.”

While traveling from community to community, Jesus might have been reported to government officials as “suspicious” under the Department of Homeland Security’s “See Something, Say Something” programs.

Rather than being permitted to live as an itinerant preacher, Jesus might have found himself threatened with arrest for daring to live off the grid or sleeping outside. In fact, the number of cities that have resorted to criminalizing homelessness by enacting bans on camping, sleeping in vehicles, loitering and begging in public has doubled.

Viewed by the government as a dissident and potential threat to its power, Jesus might have had government spies planted among his followers to monitor his activities, report on his movements, and entrap him into breaking the law. Such Judases today—called informants—often receive hefty paychecks from the government for their treachery.

Had Jesus used the internet to spread his radical message of peace and love, he might have found his blog posts infiltrated by government spies attempting to undermine his integrity, discredit him or plant incriminating information online about him. At the very least, he would have had his website hacked and his email monitored.

Had Jesus attempted to feed large crowds of people, he would have been threatened with arrest for violating various ordinances prohibiting the distribution of food without a permit. Florida officials arrested a 90-year-old man for feeding the homeless on a public beach.

Had Jesus spoken publicly about his 40 days in the desert and his conversations with the devil, he might have been labeled mentally ill and detained in a psych ward with no access to family or friends.

Without a doubt, had Jesus attempted to overturn tables in a Jewish temple and rage against the materialism of religious institutions, he would have been charged with a hate crime. Currently, 45 states and the federal government have hate crime laws on the books.

Rather than having armed guards capture Jesus in a public place, government officials would have ordered that a SWAT team carry out a raid on Jesus and his followers, complete with flash-bang grenades and military equipment. There are upwards of 80,000 such SWAT team raids carried out every year.

Had anyone reported Jesus to the police as being potentially dangerous, he might have found himself confronted—and killed—by police officers for whom any perceived act of non-compliance (a twitch, a question, a frown) can result in them shooting first and asking questions later.

Charged with treason and labeled a domestic terrorist, Jesus might have been sentenced to a life-term in a private prison where he would have been forced to provide slave labor for corporations or put to death by way of the electric chair or a lethal mixture of drugs.

Either way, as I show in my book Battlefield America: The War on the American People, whether Jesus had been born in our modern age or his own, he still would have died at the hands of a police state.

Remember, what happened on that starry night in Bethlehem is only part of the story. That baby in the manger grew up to be a man who did not turn away from evil but instead spoke out against it, and we must do no less.