Note from America: You want to know about the real state of our union? It’s downright scary 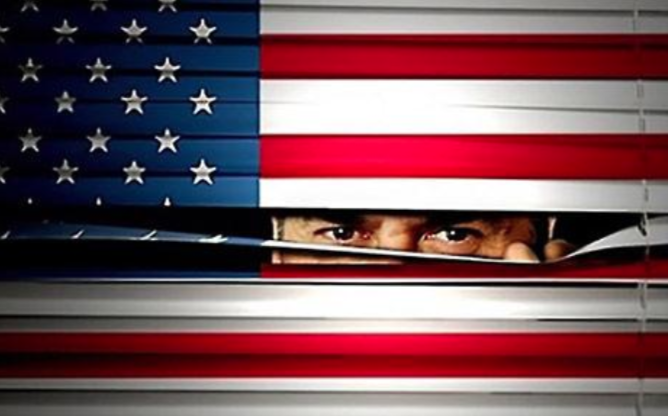 By John W. Whitehead – US Constitutional attorney, Charlottesville, Virginia:  These are dangerous times. Mind you, when I say that these are dangerous times, it is not because of violent crime, which remains at an all-time low, or because of terrorism, which is statistically rare, or because our borders are being invaded by armies, which data reports from the Department of Homeland Security refute.

No, the real danger that we face comes from none other than the U.S. government and the powers it has granted to its standing army to steal, cheat, harass, detain, brutalize, terrorize, torture and kill.

You want to know about the state of our union? It’s downright scary. Consider for yourself.

Americans have no protection against police abuse. It is no longer unusual to hear about incidents in which police shoot unarmed individuals first and ask questions later. What is increasingly common, however, is the news that the officers involved in these incidents get off with little more than a slap on the hands.

Americans are little more than pocketbooks to fund the police state. If there is any absolute maxim by which the federal government seems to operate, it is that the American taxpayer always gets ripped off. This is true, whether you’re talking about taxpayers being forced to fund high-priced weaponry that will be used against us, endless wars that do little for our safety or our freedoms, or bloated government agencies with their secret budgets, covert agendas and clandestine activities.

Americans are no longer innocent until proven guilty. Due in large part to rapid advances in technology and a heightened surveillance culture, the burden of proof has been shifted so that the right to be considered innocent until proven guilty has been usurped by a suspect society in which we are all potentially guilty of some wrongdoing or other.

Americans no longer have a right to self-defence. In the wake of various shootings in recent years, “gun control” has become a resounding theme. Those advocating gun reforms see the Second Amendment’s right to bear arms as applying only to government officials. Incidentally, the Trump Administration has done more to crack down on Second Amendment rights than anything the Obama Administration ever managed.

Americans no longer have a right to private property. If government agents can invade your home, break down your doors, kill your dog, damage your furnishings and terrorize your family, your property is no longer private and secure—it belongs to the government. Likewise, if government officials can fine and arrest you for growing vegetables in your front yard, praying with friends in your living room, installing solar panels on your roof, and raising chickens in your backyard, you’re no longer the owner of your property.

Americans no longer have a say about what their children are exposed to in school. Incredibly, the government continues to insist that parents essentially forfeit their rights when they send their children to a public school. This mindset that young people are essentially wards of the state to do with as government officials deem appropriate is in defiance of the children’s constitutional rights and those of their parents.

Americans are powerless in the face of militarized police. While police forces across the country continue to be transformed into outposts of the military, with police agencies acquiring military-grade hardware in droves, Americans are finding their once-peaceful communities transformed into military outposts, complete with tanks, weaponry, and other equipment designed for the battlefield.

Americans no longer have a right to bodily integrity. Court rulings undermining the Fourth Amendment and justifying invasive strip searches have left us powerless against police empowered to forcefully draw our blood, strip search us, and probe us intimately. Accounts are on the rise of individuals—men and women—being subjected to what is essentially government-sanctioned rape by police in the course of “routine” traffic stops.

Americans no longer have a right to the expectation of privacy. Despite the staggering number of revelations about government spying on Americans’ phone calls, Facebook posts, Twitter tweets, Google searches, emails, bookstore and grocery purchases, bank statements, commuter toll records, etc., Congress, the president and the courts have done little to nothing to counteract these abuses. Instead, they seem determined to accustom us to life in this electronic concentration camp.

Americans no longer have a representative government. We have moved beyond the era of representative government and entered a new age, let’s call it the age of authoritarianism. History may show that from this point forward, we will have left behind any semblance of constitutional government. It is not overstating matters to say that Congress, which has done its best to keep their unhappy constituents at a distance, may well be the most self-serving, semi-corrupt institution in America.

Americans can no longer rely on the courts to mete out justice. The U.S. Supreme Court was intended to be an institution established to intervene and protect the people against the government and its agents when they overstep their bounds. Yet through their deference to police power, preference for security over freedom, and evisceration of our most basic rights for the sake of order and expediency, the justices of the Supreme Court have become the architects of the American police state in which we now live.

I haven’t even touched on the corporate state, the military industrial complex, SWAT team raids, invasive surveillance technology, zero tolerance policies in the schools, overcriminalization, or privatized prisons, to name just a few, but what I have touched on should be enough to show that the world is indeed a dangerous place.

Yet what you won’t hear in any State of the Union address—what the president and his cohorts fail to acknowledge—and what I make clear in my book Battlefield America: The War on the American People—is that it’s the government that poses the gravest threat to our freedoms and way of life, and no amount of politicking, parsing or pandering will change that.