USA: The Zionist Exception to the ‘March for Racial Justice’ 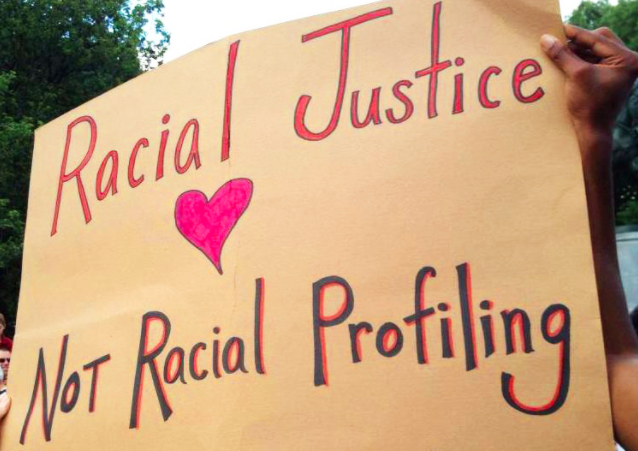 By Paul Larudee: “The March for Racial Justice is committed to standing for racial justice with allies from across all races, ethnicities, and communities.”  –statement of the March for Racial Justice regarding Yom Kippur. (Yom Kippur is “the tenth day of [the] seventh month” (Tishrei) and is regarded as the “Sabbath of Sabbaths”. Rosh Hashanah (referred to in the Torah as Yom Teruah) is the first day of that month according to the Hebrew calendar. On this day forgiveness of sins is also asked of God.)
The March for Racial Justice correctly acknowledged its oversight in scheduling the march on Yom Kippur.  It is an important oversight and an equally important apology, reaffirming the principles of the march.
But how serious are the organizers about those principles? Are they truly ready to denounce all racism everywhere?  How do they feel about racists participating in the march, supposedly in solidarity, but actually forcing the march to compromise its principles and confer false legitimacy upon some forms of racism?
“I am a white Zionist” declared white supremacist Richard Spencer to Dany Kushmaro of Israel’s Channel 2 television station. “As an Israeli citizen, as someone who understands your identity, who has a sense of nationhood and peoplehood, and history and the experience of the Jewish people, you should respect someone like me, who has analogous feelings about whites.”
Suddenly the emperor has no clothes.  The Zionist myth is that it was never intended to harm anyone, while in fact it intended to rid Palestine of its population, culture and even its name.  It was intended to expel the indigenous non-Jews (Palestinians) in order to achieve an overwhelming majority possessing a Jewish pedigree, and then to continue expelling and marginalizing the remainder.

If this isn’t racism, what is?  In Israel even the right to be there is founded upon being a Jew.  The Palestinians who are citizens only because they have been “grandfathered” into the state are required to demonstrate loyalty to the “Jewish” character of the state and can now lose their citizenship.

Is the March for Racial Justice going to be consistent in its anti-racism and tell Zionists that they belong on the other side of the barrier with the white supremacists?  Or are we going to once again witness the hypocrisy of this “anti-racist” movement that will compromise its anti-racism because it’s really only about certain forms of racism?

Paul Larudee is a former Fulbright-Hays lecturer and US government advisor in the Middle East, a co-founder of the Syria Solidarity Movement, a major figure in the pro-Palestinian movement and the International Solidarity Movement.” Larudee is a co-founder of the Free Palestine Movement, which achieved official recognition by the United Nations in 2011. Larudee was a member of the U.S. delegation aboard the 2010 Gaza Freedom Flotilla, which was attacked by Israeli forces on May 31, 2010, where IDF subjected him to “multiple beatings in two days of captivity in Israel.