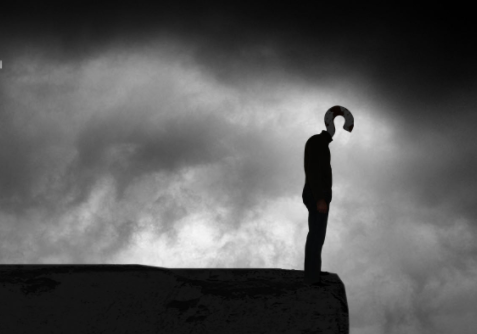 This is supporting material for my column on the Lake District’s acquisition of World Heritage status, that is published under the title The Lie of the Land.

What do you do if you discover that the documents supporting a major decision that a United Nations agency is about to make are seriously flawed? It seems to me that good citizenship demands that you should bring these problems to the attention of the people making the decision. This is what I sought to do, respectfully and in good faith, only to find myself trapped in a labyrinthine bureaucracy with an almost comical aversion to assuming responsibility.

In challenging the Lake District National Park Partnership’s application to UNESCO for world heritage status, I discovered that the bid misrepresented the state of wildlife and ecosystems in the Lake District, the nature of farming and the political context. I then found that UNESCO’s own consultants had reproduced and exacerbated these falsehoods. So I tried to find someone – anyone – who might take an interest in these issues. You might imagine, in the 21st-century, that this would be an easy task. If so, you have not had any dealings with UNESCO.

So that you can follow this extraordinary exercise in buck-passing more easily, I have colour-coded the names of the people I wrote to.

I started by writing to my own government, detailing my concerns to Hannah Jones at the Department for Culture, Media and Sport, which was sponsoring the bid. I received no reply.

I then wrote to Sam Rose, chair of the organisation World Heritage UK. He advised me to write to Mechtild Rossler, the director of UNESCO’s World Heritage Centre, who, he assured me, “is thorough, knowledgable and very approachable. The great thing about UNESCO is that anyone and his / her dog are free to write to express their concerns about World Heritage Sites”.

I pointed out to Dr Rossler’s office that even if I were to get a response from Hannah Jones, it wouldn’t take me very far, as the British government is promoting the bid, not determining it. It’s a bit like a trading standards officer telling you to take your complaint about a used-car dealer to the used-car dealer.

Dr Rossler’s office at the World Heritage Centre then told me it had nothing to do with the decision anyway, guv: instead I should be writing to the World Heritage Committee. Unhelpfully, however, her office failed to provide me with an address for the committee.

I tried again, and received no response. I tried once more, and was eventually told that I should write to the chair of the World Heritage Committee, Jacek Purchla. But Dr Rossler’s office still would not provide me with an email address for him. Instead, it suggested I could write to him care of Dr Rossler’s postal address.

By now, time was running out, and my trust in her office had evaporated, so I dug around online, and found Professor Purchla’s academic email address. I wrote to him there.

Professor Purchla replied, informing me that the appropriate place to address my complaint was the secretariat of the World Heritage Centre: in other words Dr Rossler’s office. He kindly offered to forward my email to her office where he was convinced that my remarks “will be duly considered under the procedures to follow in such a case.”

I wrote back, pointing out that Dr Rossler’s office had advised me to write to him. Professor Purchla then informed me that it had nothing to do with him, guv, as it’s the committee that makes the decisions, and he as the chairperson does not have the right to vote. But he assured me that “all the complex procedures of the World Heritage Committee are transparent.”

To illustrate this transparency, he failed to provide me with contact details for the committee. I asked again, without success. I asked Dr Rossler‘s office. They did not reply, either.

But a correspondent at the International Union for Conservation of Nature told me where I could find them. I then wrote separately to the 21 members of the committee. I did not receive a single reply.

So yes, people – and their dogs – are “free to write to express their concerns about World Heritage Sites”. And we are free to be ignored, fobbed off and funnelled into a farcical bureaucratic roundabout.

This is how UNESCO operates. There are no formal channels for public engagement, no established means of challenging misrepresentations and falsehoods, no accountability, no transparency, no concessions to anything resembling democratic legitimacy. So it leads me to ask, on whose behalf does it operate?

George Monbiot is the author of the bestselling books Feral: Rewilding the land, sea and human life, The Age of Consent: A Manifesto for a New World Order and Captive State: The Corporate Takeover of Britain, as well as the investigative travel books Poisoned Arrows, Amazon Watershed and No Man’s Land. His latest book is How Did We Get into This Mess? Politics, Equality, Nature. His latest project is Breaking the Spell of Loneliness, a concept album written with the musician Ewan McLennan