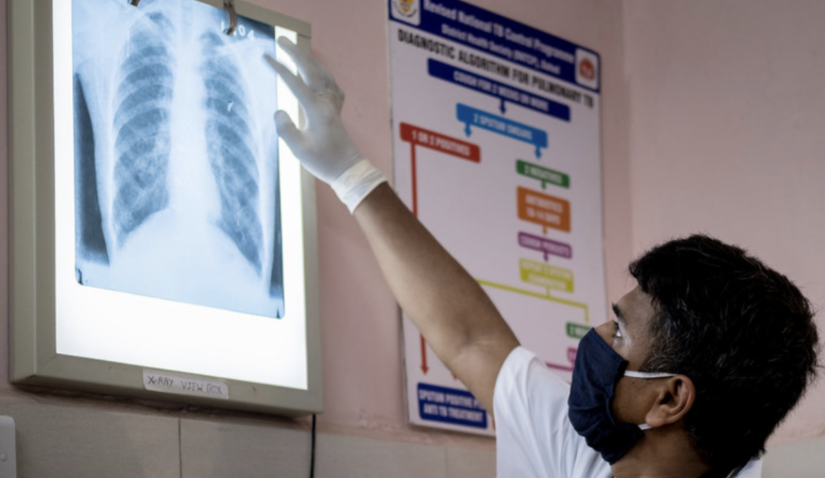 During the early ‘90s, Dr. Soumya Swaminathan successfully raised funds to get antiretroviral drugs to those affected by the HIV epidemic. Many of the children of those patients are still alive today thanks to her work. As part of the podcast series, Awake At Night, she shares her insights with the UN’s head of communications, Melissa Fleming about vaccines and the pandemic.

Getting vaccines to those who need them

“We’ve seen time and time again that products developed in high-income countries take decades to find their way to low-income countries. This has happened with influenza pandemics, with HIV, and with hepatitis B vaccines.

It took 30 years for hepatitis B vaccines to get to developing countries and that’s exactly the reason why COVAX [the UN-led scheme to distribute two billion COVID-19 vaccines to mostly poorer countries] was set up, to make sure that as vaccines get developed, that there’s also equity in access.

I think that it was a good move and that it’s going to be successful. I’m very hopeful that, for the first time ever, COVAX is going to bring vaccines to people in every country in the world, having taken lessons from HIV and all of the other diseases for which the richer world found treatments and vaccines. The funding was slow but finally, there is rollout and there is hope.

The promise of science

To me, what has happened with science and the scientific collaboration that happened during the past year is very positive, the fact that people have been so willing and open to share knowledge. It’s helped us in the WHO, to be ahead of the curve, and I think it’s the reason that we’ve had so many dozens of vaccine candidates being developed.

Of course, there’s still a technology gap between the high, middle and lower-income countries, and we want to focus on bridging that gap by enabling a technology transfer, particularly for some of these new technology platforms like the mRNA vaccines, which offer the possibility of being able to very quickly adapt to COVID-19 variations, as well as to create vaccines against new pathogens.

So, it’s a perfect platform for pandemic response. This is the time that the world needs to think about getting to the end of this pandemic but also, at the same time, preparing for the next one by making sure that this technology is not limited to a few sites in the world, but is more broadly available, and could be used to control some of our other big public health problems, like TB.

The deadly toll of tuberculosis

Most of my career has essentially involved research on tuberculosis (TB), on HIV, and on other infectious diseases. TB patients usually come from the poorest sections of society, so I’ve been to all the slums in Chennai, and I know the conditions in which those patients live.

It gave me a better appreciation for why a purely biomedical approach is unlikely to work in a disease like tuberculosis, where there are so many social, economic and environmental risk factors driving that disease.

One and a half million people die of tuberculosis every year. It takes such a huge toll on people and yet we get used to deadly diseases that are often invisible because they hit the poor.

So, in a country like India, a person who dies of dengue fever in a city would make headlines, whereas you’d have had 1000 deaths due to TB on the same day and they would not feature in any news story at all.

Perhaps, the lesson that we’ve learned from the COVID-19 pandemic is that, because we live in a globalized world, it doesn’t take much for a disease that starts in one part of the world to travel and infect people in other countries.

I hope that there’ll be a new public health paradigm now, not focusing only on your own country, but really thinking about global health security. And it’s not only humans, but animals that we need to think about, and the environment because we know that a pandemic can arise from interactions between animals, humans and the environment”.