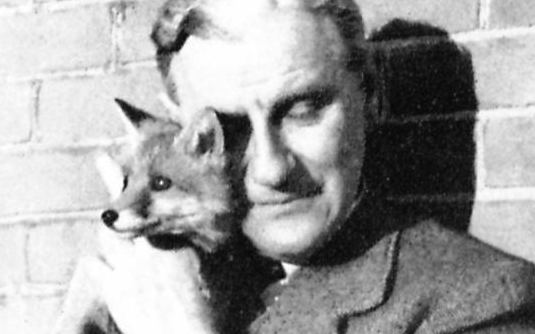 By Joseph Fitsanakis: A new biography of famed British Security Service spymaster Maxwell Knight reveals that a number of prominent British communists were secret government agents in the 1930s. After serving in the British Royal Navy during World War I, Knight was recruited by the Security Service, Britain’s domestic intelligence agency, which is commonly known as MI5. He eventually rose to lead the agency’s Section B5(b), which was responsible for using agents to infiltrate political groups deemed radical by the authorities. During the interwar years, under Knight’s leadership, Section B5(b) focused largely on British fascist organizations, but also infiltrated the Communist Party of Great Britain. Knight, who died in 1968, left an indelible mark on the character and operations of MI5. He also served as a model for the character of ‘M’, the fictional director of the British Secret Intelligence Service (MI6) in the novels of Ian Fleming, creator of James Bond.

Now Preface Publishing has issued a new biography of Knight, authored by British author Henry Hemming. The book, entitled M: Maxwell Knight, MI5’s Greatest Spymaster, is largely based on the diaries of Knight. It reveals the identities of a number of MI5 agents that worked for the late spymaster in Section B5(b). They included British intellectuals, artists, activists and at least one barrister, Vivian Hancock-Nunn. A leftwing legal counsel, Hancock-Nunn provided pro-bono legal services to the publications of the Communist Party of Great Britain.

However, it is now believed that he was agent M/7, run by Knight’s Section B5(b). Another agent, codenamed M/1 by Knight, was Graham Pollard, son of a highly respected British historian, who broke ranks with his wealthy family to join the Communist Party in the 1920s. By 1933, Pollard was a prominent and influential member of the Party, and regularly penned fiery articles in the Daily Worker, the Party’s newspaper.

Hemming’s book, however, reveals that Pollard was an agent of MI5, who went as far as marrying a prominent communist activist in order to build his cover.

Hemming notes that some of the most prolific agents run by Knight were women. Three of them, Kathleen Tesch, Olga Grey and Mona Maund, infiltrated various levels of the Communist Party, which was known for its relatively inclusive treatment of women at the time. Knight relied on them for regular reports about the Party’s activity, despite the objections of his superiors, who believed that women should have no place in intelligence operations.

The book’s author also notes that he was not able to confirm the identities of these agents in MI5 archives, because they remain classified. However, he told British newspaper The Guardian that he was “99.9 percent certain” of the accuracy of his information.