USA: The Reign of Propaganda – “Evidence! We don’t need any stinking evidence” 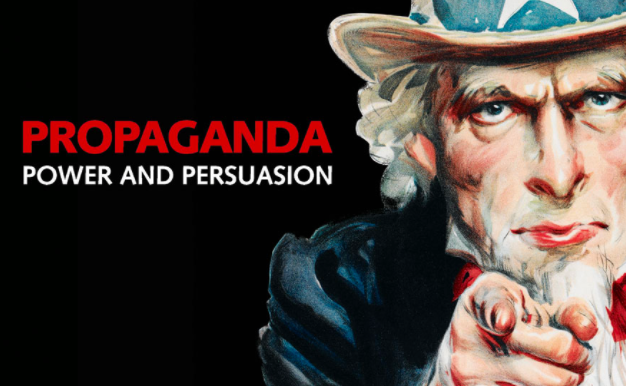 By Dr. Paul Craig Roberts: If truth has a chance it is in a different country than America. Masters of propaganda from its inventor, Jewish public relations expert Edward Louis James Bernays, to the Nazi Minister of Propaganda Paul Joseph Goebbels, agree that a lie can be turned into truth by constant repetition.

The more pure the lie, the more complete the success in turning it into The Truth. Lies partly based in fact or half-truths open themselves to factual challenge. For a propagandist the best lie is a lie unfettered by even a distant relationship to truth. Such a lie can be turned into such self-evident truth that no evidence is necessary. As Nikki Haley and Hillary Clinton put it: “Evidence! We don’t need any stinking evidence. We know Russia hacked our election!”

For the typical American, who doesn’t know anything, the confidence of the former Secretary of State and “rightful President of the USA” and the confidence of President Donald Trump’s own Ambassador to the United Nations are sufficient to convince them that the lie that Russia stole the US presidency for Trump is true. We all know it. Why? Because we have all heard it endlessly repeated for many months. As one acquaintance said: “If it were false, surely the media would have exposed it.” This insouciant naiveté is characteristic of Western populations.

As Bernays and Goebbels knew, one good propagandist can control the opinion of the targeted group, whether it is a gender or a nation.

Initially for Benays the targeted group was American women. As a propagandist for an American tobacco company, “the father of spin” promoted female smoking as a sign of feminist independence. He called cigarettes “Torches of Freedom.” He also provided the propaganda that enabled the United Fruit Company to have the US Government overthrow the elected government of Guatemala in 1954.

Goebbels turned Germans into servants of the Third Reich, an accomplishment the neoconservatives have yet to attain in the United States, but they are still working at it.

The neoconservatives, the military/security complex, the Israel Lobby, and the US presstitutes have succeeded in blocking Trump from withdrawing from Syria and from normalizing relations with Russia. They have succeeded in this by using their fabrication, “Russia-gate,” to put President Trump in a box. If Trump now normalizes relations with Russia, it will be presented to the world by the presstitutes as proof that the Putin/Trump conspiracy against Western democracy is real. If Trump were to normalize relations, thereby removing “the threat” that justifies the power and profit of the military/security complex’s budget, he would likely be impeached as a traitor to the USA. Trump’s tweets would be overwhelmed by the onslaught of the presstitutes.

Americans, British, Europeans, Russians, Chinese, Indians, and everyone else need to understand that Washington’s hostility toward Russia is in the service of powerful interest groups. These interest groups are more powerful than the President of the US.

Israel and its design on the Middle East is one of these powerful interest groups. As Admiral Tom Moorer, Chief of Naval Operations and Chairman of the Joint Chiefs of Staff said, “No American president can stand up to Israel.”

The neoconservatives, who serve both the Zionist state of Israel and the US military/security complex, are another of the powerful interest groups that constrain the American government. That the neocons are firmly allied with Israel and the military/security complex increases their power and influence. President Eisenhower warned Americans in 1961 in his last public address to the American people that the power of the military/industrial complex made it a threat to American democracy: https://www.bing.com/videos/search?q=Eisenhower%27s+warning+of+the+military%2fsecurity+complex&&view=detail&mid=7E7D9C582D8FB406F8927E7D9C582D8FB406F892&rvsmid=9D891E045120807989A89D891E045120807989A8&fsscr=0&FORM=VDQVAP

Eisenhower’s warning was 56 years ago. With the President of the United States concerned about the military/industrial complex 56 years ago, try to imagine how much more this power is entrenched after the decades of the Cold War and “Soviet Threat.” The power of the military/security complex is the premier power in Washington.

Eisenhower’s speech is the best speech any American President has ever delivered. It is only 14 minutes and 4 seconds long; yet it covers everything. There is awareness that we can be victims of our own success. Whatever their public position, neoconservatives have no alternative but to hate President Eisenhower with a passion, because he compared the threat to America from the military/industrial complex to the threat from the Soviet Union.

Americans need to wise up, as do the Russians, Chinese, Europeans and everyone else over whom the neoconservatives intend to exercise hegemony regardless of the cost. The total budget of the US military/security complex has been estimated at $1.1 trillion, a figure that is 70% of Russia’s estimated 2017 GDP. It is larger than the GDP of Mexico and Turkey. It is 45% of the GDP of France or England, and 32% of the GDP of Germany. There are 195 countries in the world. Only 14 of them have A Gross Domestic Product larger than the budget of the US military/security complex.

Washington’s wars in the Middle East involve many interests, including mundane ones such as who controls pipeline locations and energy flows. It also involves Israel’s interests. Twice Israel has sent its army into southern Lebanon for the purpose of occupying and annexing the water resources of southern Lebanon, and twice the militia Hezbollah has defeated and driven out the Israeli army, the fighting capability of which is overrated. Hezbollah receives financial and military support from Syria and Iran. Using their neoconservative allies and the orchestrated-by- propaganda American hatred of Muslims, Israel intends to use the US military to put Syria and Iran in the same state of chaos as Iraq and Libya. If deprived of outside support, Hezbollah can finally be defeated by the Israeli army. With Syria and Iran in chaos, the Russophobic neoconservatives can send jihadism into the Russian Federation to break up the biggest constraint on US unilateralism.

If we consider the combined power of these interest groups—the US military/security complex with an annual budget greater than the GDP of most countries, the neoconservatives with their ideology of US world hegemony and alliance with both Democratic and Republican parties, and Israel which has the US government in its pocket and brags about it—how is it possible for President Trump to do as he said he would do and normalize relations with Russia and withdraw from the US interventions in the Middle East? The prospect of Trump succeeding is remote.

If the Russian government fails to understand that President Trump is not the one who is in charge, Russia will be destroyed along with America and the rest of the world.

Paul Craig Roberts has had careers in scholarship and academia, journalism, public service as a presidential advisor, and business. He is chairman of The Institute for Political Economy.