Embattled Political Elites Embrace Democratic Reform To Save Themselves 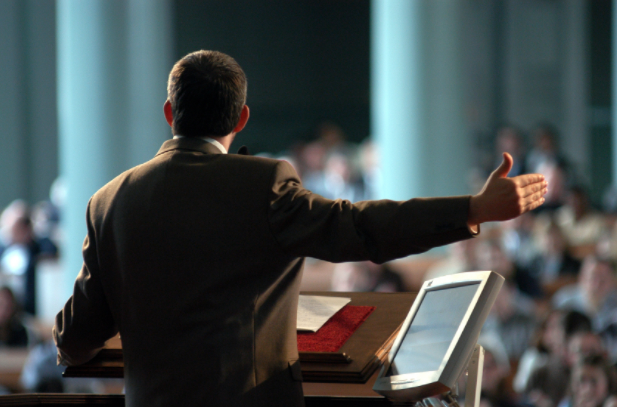 By Democratic Audit: When they fear they are losing people’s trust, Western European governments start to bring in democratic reforms. The same thing happens when governments change frequently. Camille Bedock (Université libre de Bruxelles) looks at the recent upheavals in France and Italy – which contrast with Denmark, where people are generally happy with political institutions – and asks who benefits from these reforms.

“Democratic reform” is fashionable in established democracies. But the concept is rooted in paradox. Why would political elites, who are interested in their own survival, reform political institutions? Why would politicians who have come to power with certain institutional arrangements redistribute political power?

Political scientists have long thought that (democratic) institutions are inherently stable, and only change when major turning points occur. Yet it is now clear that the impetus for reforming democracy has never been so great. In a context in which many citizens distrust their political institutions, consign old political parties to limbo and increasingly vote for parties critical of ‘the system’, the old institutional arrangements of representative democracy are increasingly questioned.

The response takes various forms: constitutional deliberative democracy, local government reforms, the personalisation of electoral systems, transparency reforms, and so on. France’s new law which seeks to embed the ‘moralisation of public life’ discussion in France, as well as the discussions around proportional representation, are good examples of the drive for democratic reform. In my book, Reforming Democracy, I show empirically through a comparison of 18 Western European democracies between 1990 and 2010 that democratic reforms are not only very frequent (there were 161 of them), but also more frequent when political support is lacking and there are electoral upheavals. Democratic reforms, in other words, constitute a recourse for threatened political elites, who to try to fit in with the zeitgeist that says “the cure for democracy is more democracy”.

As Figure 1 shows, there is a clear and linear relationship between the level of political support (aggregating confidence for political parties, the Parliament, the government and satisfaction with democracy) and the number of reforms adopted over time.

In the long run, the more citizens tend to trust their political institutions and their democracy, the less likely political elites are to choose to enact democratic reforms. In countries such as Italy, where the level of political support is lowest (28.1%), 13 reforms have been adopted which touch upon multiple aspects of the institutional architecture. Democratic reform continues to be very high on the agenda in 2017 after the loss of the November 2016 constitutional referendum and the long saga around electoral reform. Most political commentators, academics and Italian citizens remain persuaded that only democratic reform could solve Italy’s problems.

In stark contrast, in Denmark – the country where political support is highest (63.2%) – only three reforms have been adopted between 1990 and 2010, mainly to rationalise local government. Denmark’s institutions are stable and relatively unquestioned.

Figure 2. Predicted number of reforms according to the evolution of total volatility Institutional constraints are not nearly as important in explaining the frequency of reform as we used to think. There are slightly fewer reforms in countries where the rules to change the constitution are very tight, but having many parties in government is no indication there will be less democratic reform. Electoral volatility, on the other hand, leads to more reform. The model used here shows that when volatility decreases by 80%, 0.9 reforms will be adopted – but when volatility triples between one election and another, the number of predicted reforms is 2.2. When new parties come in power at the beginning of a legislature so that political alternation occurs, the number of reforms predicted doubles, rising from 0.9 to 1.7.

In other words, political elites reform democracy more often when a lack of political support forces democratic reform onto the agenda. Reforms then occur when new political actors come into power, – and all the more so in a context of electoral volatility.

This is important, because low political support, electoral volatility, and full political alternation are becoming more and more common in western European democracies ten years after the beginning of the economic crisis. As a consequence, democratic reforms are probably going to become more frequent. In France in 2017, a new political movement less than a year old and which was not even a fully-fledged political party managed to chase decade-old political forces from power and started to put democratic reform on the agenda. In Ireland in 2011, a country characterised by a high level of political stability, volatility had almost quintupled. The new Fine Gael/Labour coalition was elected after promising major democratic reform. The list could go on.

Yet one question should trouble us. Why are we reforming democracy, and for whom? As a way for old political elites to cling on power, in order to placate deluded citizens with the illusion of change? Or with the genuine intention of deepening democracy and reconnecting citizens to their political institutions?

Behind the whole concept of democratic reform, it is democratic legitimacy and its sources that are being questioned. If democracy is unthinkable without citizens, then the link between democratic reforms and the legitimacy of the political system in people’s eyes should be the next problem to consider.