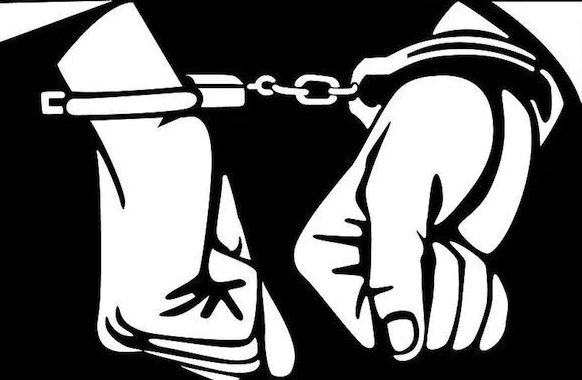 By Graham Vanbergen: Individual EU states and regional bodies have responded to recent attacks by proposing, adopting and implementing wave after wave of counter-terrorism measures that have eroded the rule of law, enhanced executive powers, peeled away judicial controls, restricted freedom of expression and exposed everyone to government surveillance. Has the police state in Europe arrived?

The Gatestone Institute recently expressed the view that the European Union was indeed becoming a police state; it wrote:

“In Europe, is the enemy now the governments? Evidence is mounting that expressing even a mild opinion that runs counter to official government policy can land you in prison, or at least ensure a visit from your friendly local Kafkaesque police. Has Europe effectively become a police state? Several European governments are making it clear to their citizens that criticising migrants or European migrant policies is criminally off limits. People who go “too far,” according to the authorities, are being arrested, prosecuted and at times convicted.”

Foreign Affairs also reported: “In April 2017, the German cabinet passed new legislation on hate speech that the German Bundestag is scheduled to adopt in the summer. The law has an aptly German name Netzwerkdurchsetzungsgesetz, or Network Enforcement Law. The clash between U.S. social media companies and the German government is about more than deleting hateful online comments. It is a fight about how much free speech a democracy can take.

The German Journalists Association joined civil rights activists, academics, and lawyers in signing a joint statement warning that the law “jeopardises the core principles of free expression.” In addition, the Global Network Initiative (GNI) an international coalition of tech companies, civil society groups, investors, and academics asserted that the law “poses a threat to open and democratic discourse.”

The Freedom House 2016 report for Europe states that: “Press freedom declined to its lowest point in 12 years,” and confirmed that France had undergone some of the worst declines in press freedom in the world alongside Yemen, Egypt, Macedonia, and Zimbabwe.

In addition, France has enacted broad surveillance powers including warrantless wiretapping and mass metadata collection that critics call a “French Patriot Act.” It has arrested people for hate speech or frankly speech the government simply doesn’t like. “What I would say is on occasion those laws are unevenly applied,” said Karin Deutsch Karlekar, who specialises in freedom of the press at Freedom House. “And certain people are charged, or arrested or prosecuted under the laws and others are not.”

The Gates Institute also recounts a case in the Netherlands. The police visited people who naïvely made critical comments about asylum centres on Twitter. In the town of Sliedrecht, police came to Mark Jongeneel’s office and told him that he tweeted “too much” and that he should “watch his tone”: his tweets “may seem seditious”. The offence for which he was being accused? The town had held a citizens meeting about a refugee centre in the region, and Jongeneel had posted a few tweets. One said: “The College of #Sliedrecht comes up with a proposal to take 250 refugees over the next two years. What a bad idea!” Earlier he had also tweeted: “Should we let this happen?!”

Roy Gutterman, the director of the Newhouse School’s Tully Center for Free Speech at Syracuse University. “Are you going to prosecute one, and then let somebody else go? Which racial or religious epithet is worthy of prosecution and which are worthy of letting slide? It’s a real slippery slope, even if the stuff is hateful and offensive.”

Evidence of Gutterman’s critism turned up in Germany when “Die Welt reported that people who air “xenophobic” views on social media, risk losing the right to see their own children”

Theresa May has called for new internet regulations as part of a larger strategy to combat terror, in what she described as “far too much tolerance of extremism in our country.”

Is this is what she meant. Scott Clark was arrested for writing on the Facebook page of the Scottish Defense League that Syrian refugees would “see the nasty side to us.” According to a news report, he referred to sexual assaults on women in Cologne, Germany on New Year’s Eve by men of Arab or North African appearance as justification for his online comments, in which he also wrote, “If anything happens to any young girl I will personally spit in the face of councillors who pushed and pushed to get them housed here…”

Inspector Ewan Wilson from Dunoon police office told the Guardian: “I hope that the arrest of this individual sends a clear message that Police Scotland will not tolerate any form of activity which could incite hatred and provoke offensive comments on social media.”

But is this really what politicians all around the democratic world really want – the curtailing of hate speech? Or is more about societal control?

Theresa May just lost the social media battle when it came to her disastrous election bid to grab more power in Britain. The same happened in America with the election of Donald Trump. In France the traditional political establishment was also completely annihilated.

Merkel in Germany fears the same. Armstrong Economics reports that the “most anti-democratic law perhaps ever to pass any western government just passed in the German Bundestag last week. Even the opposition Social Democratic Party (SPD) votes to suppress free speech and it is all geared to end criticism of government.” This is because Merkel has never actually been elected by a majority, she has always required a coalition and fears bigger losses in this September’s election.

In the meantime new French President Emmanuel Macron has proposed reducing the size of the French parliament by one third in order to reduce resistance to his agenda in a clear sign that shows he does not respect the rule of law or the democracy that has existed in France since 1799.

The president of the European parliament can now intervene on any subject being addressed and is free to decide, without any guidelines or objective criteria whatsoever. The penalty for parliamentary offenders can reach up to around 9,000 euros. Voters allowed to listen to the debate can simply be cut off to the live broadcasts of the parliamentarians they elected to represent them in the EU and any recording deleted thereafter.

The boundaries between the powers of the state and the rights of individuals are being redrawn in Europe The report goes on to say;

Individual EU states and regional bodies have responded to recent attacks by proposing, adopting and implementing wave after wave of counter-terrorism measures that have eroded the rule of law, enhanced executive powers, peeled away judicial controls, restricted freedom of expression and exposed everyone to government surveillance. “Brick by brick, the edifice of rights protection that was so carefully constructed after the Second World War, is being dismantled.”

There is much more to come as political leaders and figureheads attempt to wrestle control of the world order. The Amnesty report cites examples where consolidation of power in the hands of the executive, its agencies and the security and intelligence apparatus, often with little or no role for the judiciary ends with the violation of the principle of legality, leading to numerous abuses.

In addition, it demonstrates examples across Europe of new laws that just ten years ago would have been considered extreme, unconstitutional and totally unacceptable to its own democratic principles. With the use of new administrative control measures, threatening legitimate protest, the use of secret evidence in newly created secret courts, the targeting of human rights activists, curtailing of political opponents, rights of free assembly under threat and tenuous links between preparatory acts and criminal offences – citizens should understand the true assault against their liberties and rights that are slowly coming to an end. The emergence of the police state has already arrived as the threshold for the triggering of emergency measures to suit has been significantly reduced – and its trajectory is that it will continue to do so in the years ahead.