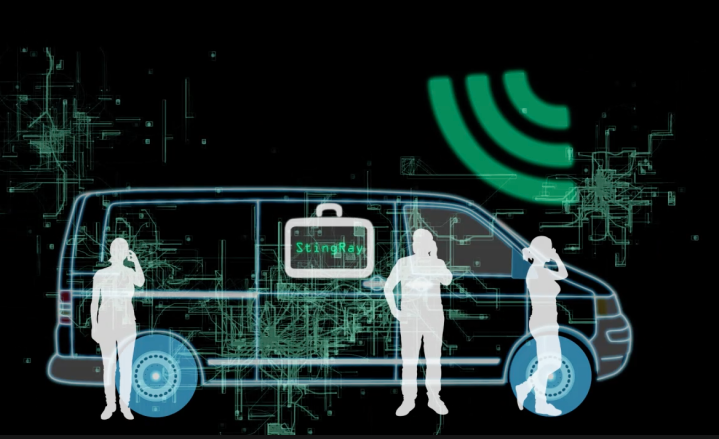 By Martin Kreickenbaum – wsws.org: Germany’s Federal Criminal Police (BKA) are illegally storing masses of data regarding supposed “politically motivated crimes.” As broadcaster ARD reported, data on more than 100,000 people accused of such offences is being held in a database called “Internal Security,” even though in the vast majority of cases, there has never been a charge, let alone a court proceeding. The ARD report suggests that the BKA is operating a “blacklist” of journalists and political activists classified as “left-wing extremists.”

Both the extent of the surveillance and the arbitrary and unconstitutional storage of such data are typical characteristics of an authoritarian police state. The BKA is combining the records of the secret service and various police bodies. Its enthusiasm for data hoarding goes beyond that of the Stasi (State Security Police) of the former East Germany.

The scandalous activity has come to light by chance. In the course of the G20 summit in Hamburg, a total of 32 journalists had their previously-issued accreditation withdrawn. The reason for this was said to be “security concerns.” Several journalists subsequently lodged a freedom of information request with the BKA. This showed that in most cases, the “concerns” were completely unfounded.

According to the BKA information, photojournalist Frank Bründel “strongly supported or belongs to a violent movement.” In fact, the Hamburg police had only checked the identity of the journalist, who was there to pursue his profession at a demonstration on May 1. But this was already enough to place him on the BKA’s blacklist of “left-wing and violent” persons.

The file on journalist Björn Kietzmann is even more drastic. The photographer has a spotless police record, but the BKA file contains 18 completely groundless allegations against him, including “causing an explosion,” in the “politically motivated violence” category.

In fact, Kietzmann had only filmed a demonstration where a firework had exploded nearby. Kietzmann was initially arrested, but the trial was later stopped because of his evident innocence. The entries in Kietzmann’s BKA file go back to 2002 and have still not been erased even after 15 years, although he was only fined in a single case.

Other journalists were accused of having photographed police officers on protests or of violating the law of assembly. They often found themselves classified as “activists of a left-wing extremist scene” in the files. And although in almost all cases, the journalists concerned were found not guilty by the judiciary, the BKA did not see any reason to remove them from their database of “violent left-wingers.”

But these journalists are just the tip of the iceberg. According to the Federal Interior Ministry, records on some 109,625 persons and 1,153,351 criminal offences are currently stored, 27 times more than the 41,549 politically motivated offences recorded in the official criminal statistics for 2016.

This completely arbitrary and unconstitutional storage of data was apparently made possible by a deliberate legal vagueness in the BKA Act, which allows data collection even if the persons concerned have not been convicted in court. However, in each individual case, the BKA must justify why the subjects are expected to continue to commit politically motivated crimes.

As early as 2012, Federal Data Protection Commissioner Peter Schaar criticised the many conspicuously legal violations in the BKA database for “politically motivated left-wing criminality.” The BKA subsequently deleted 90 percent of the 3,819 people listed in the database, but only then to continue gathering information even more excessively in other databases.

The Interior Ministry is playing down the extent of the surveillance. There were “mistakes” in four cases, according to Tobias Plate, spokesman for Interior Minister Thomas de Maizière. But there was no “uniform pattern”; first and foremost it was the fault of a lack of data quality, as well as the judiciary, which did not inform the BKA of acquittals, according to Plate.

Stephan Mayer, domestic affairs spokesman for the Christian Democrat faction in the German parliament, also defended the BKA’s surveillance practices. Mayer stated that no one should “engage in any kind of speculation that there are hundreds of thousands or millions of misused data entries by the BKA or other security agencies”—although that is precisely the case.

Social Democratic Party (SPD) parliamentary chair Thomas Oppermann, on the other hand, spoke of a “data storage scandal at the BKA” and said, “Apparently, the BKA indiscriminately stores information about innocent citizens.” But this is just as hypocritical as the pronouncements of leading politicians of the Greens and the Left Party.

All the parties represented in the Bundestag are competing in the election campaign over who will stand for the most extensive state build-up. All agree that this police force should be increased by at least 15,000.

The SPD is also calling for the use of video surveillance technology, the expansion of the BKA into a coordination centre for all police authorities and the equipping of the investigating authorities with modern information technology. Under the pretext of “counteracting terrorism,” the SPD is advocating a further intensification of the relevant laws, the centralisation of the federal and state security authorities, and closer “cooperation between police and the secret service.” It thus calls for precisely the police-state surveillance that Oppermann now criticises.

The Social Democratic Federal Justice Minister Heiko Maas has also welcomed the ban on the website linksunten.indymedia.org as an “important blow against violent extremists.” After the grossly exaggerated events surrounding the G20 summit in Hamburg, Maas has even expressly demanded the establishment of a European “database of extremist left-wing radicals.” Exactly what the BKA has been doing for years!

The government and opposition parties justify the increasingly comprehensive surveillance of the population on the pretext of the fight against terrorism. Actually, nearly all terrorist attacks have taken place under the very eyes of the security authorities. The attacks at Breitscheidplatz in Berlin, in Paris, Brussels or Barcelona were not the result of a lack of surveillance. On the contrary, the attackers were all well known to the security authorities, some so well known that it gives rise to the suspicion of state complicity.

The BKA’s practice of storing millions of files makes clear the actual purpose of the monitoring measures. It is about acting against left-wing and progressive organisations. Facing growing opposition to social inequality and militarism, critical voices are to be pursued through legal channels and silenced.