Germany To Censor Press, Social Media and Internet Ahead of Elections 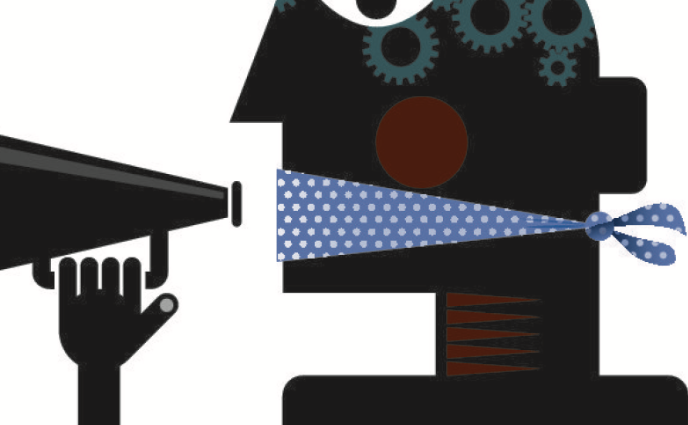 By Graham Vanbergen – It must be obvious to anyone watching political events across the Western world that the media is in big trouble. The availability of multimedia news platforms has accelerated a decline in the 21st century of traditional newspapers and even television news, a fact that is not new. The emergence of full blown state censorship in a modern democracy because of the change in news delivery is.

The demise of the mainstream media has of course been exacerbated by a lack of public trust in journalism and news outlets with only about one third of the public trusting it in America. With 18-49 years olds trust falling even further with barely a quarter accepting mainstream media as a source of reliable information, the story is pretty much the same in Britain and Europe more widely.

In America, Clinton’s loss at the ballot box ended with the establishment finger firmly pointed to Russia that somehow it put its “finger on the scale” to help Trump become triumphant. This has ended with public trust falling even further as the cold-war bogeyman is not new either.

However, what we are now witnessing is the very same strategy in Germany by Chancellor Merkel, who, fighting for her rapidly declining popularity is already adopting the Obama strategy by blaming Putin and Russian agents for what will be inevitable losses at the upcoming election in September 2017. Merkel suffered a sobering defeat in regional elections in her constituency of Mecklenburg-Vorpommern, with her Christian Democratic Union (CDU) coming third behind the Social Democrats (SPD) and the rightwing populists Alternative für Deutschland (AfD) a few months back.

The consequence is that Merkel wants full censorship of not just the press but bloggers as well. In addition, Merkel’s government is now quite clearly taking absolute control of the public narrative. Journalists are told what to write, newspapers told what to print.

Political scientists and German journalist Udo Ulfkotte admitted that he repeatedly had to cooperate with the CIA and German intelligence agencies and was forced to put his name under biased publications under the threat of being fired. In several media interviews, Ulfkotte revealed how German journalists and politicians are recruited as CIA assets to write stories that were aimed at serving the geopolitical interests of Washington, and not the interests of the German people. It all sounds like some sort of excitable fictional novel.

Just two weeks ago, during a radio event in Berlin, the retired head of ZDF Bonn (supposedly an independent German public-service television broadcaster like the BBC), Dr Wolfgang Herles, made an astonishing statement. He admitted the network, and others, takes orders directly from the German government on what, and what not to report.

Herles goes further: “We have the problem that – now I’m mainly talking about the public [state] media – we have closeness to the government,” he revealed. “Not only because commentary is mainly in line with the grand coalition (CSU, CDU, and SPD), with the spectrum of opinion, but also because we are completely taken in by the agenda laid down by the political class.“

As if that wasn’t bad enough, MEP’s in the European parliament, fearful of losing their leader in Merkel, just a few days ago, granted the European parliament’s president authority to pull the plug on live broadcasts of parliamentary debate in cases of ‘racist speech or acts’ and to completely and permanently erase ‘offending’ video or audio material from the online system. This vaguely worded rule means that it can be manipulated or used as a tool of censorship, which, of course a diktat such as this is designed to do.

“This undermines the reliability of the Parliament’s archives at a moment where the suspicion of ‘fake news’ and manipulation threatens the credibility of the media and the politicians,” said Tom Weingaertner, president of the Brussels-based International Press Association.

The new rule, was not made public until it was reported by Spain’s La Vanguardia newspaper.

A wave of sex attacks that spread to cities and towns in all 16 of Germany’s federal states clearly put considerable strain on Merkel and her open door policy towards undocumented refugees. The Gates Institute quotes a high ranking police official in Frankfurt as saying that censorship of statistics was forced upon them from high office – “There are strict instructions from the top not to report offenses committed by refugees. It is extraordinary that certain offenders are deliberately NOT being reported about and the information is being classified as confidential.”

Social media is under attack as well with so-called ‘fake news’ now classed as hate speech and jihadist propaganda being classed in the same context. What this does is allow the government to broaden the classification at will and to demonise any news item (such as exposing German political corruption) the government simply does not agree with. In other words, legitimate opposition, dissent and criticism is being targeted and mixed with fake news and hate speech.

Recently a new European law also created major uncertainties about the role of whistleblowers and investigative journalists. In yet another piece of legislation, deliberately shrouded in ambiguous text, all information, no matter what, including information about malpractice, can be protected as a ‘trade secret’. This opens the door even wider to abuse by power to shut down dissent by introducing gagging laws with threats of penalties akin to that of spying and espionage.

In addition to all these information suppression tactics, Merkel, supported by the EU is planning to impose what can only be described as incredibly strict rules for all communication on the internet as she is now claiming any negative news of her or her party is really instigated by agents of Russia.

In support of the German status quo Politico.eu claims that “The federal security agency had observed “active measures” from Russia to influence public opinion, Thomas Haldenwang, the deputy president of the domestic security agency BfV, warned senior German security officials at a conference in Berlin. The aim, Haldenwang said, was “to influence public perception and opinion in our country, to the detriment of the German government.”

In the United States, the CIA has even gone to the extent of classifying some 200 dissenting websites and have created a watch-list.  The purpose is, in time, to ban certain identified websites (as being anti-establishment) and to rubbish others as mere messengers of conspiratorial nonsense. The EU is ready to follow suit as Merkel goes on to declare war on “Fake News” and has branded Russia’s RT and Sputnik amongst others as “Dangerous Propaganda.”

Speaking in Parliament last November, Merkel said that “Today we have fake sites, bots, trolls – things that regenerate themselves, reinforcing opinions with certain algorithms and we have to learn to deal with them. We must confront this phenomenon and if necessary, regulate it.”

Almost immediately, an EU resolution dubbed ‘EU strategic communication to counteract propaganda against it by third parties’, was passed which calls for the EU to “respond to information warfare by Russia” that further bolsters Merkel’s outright censorship of all things digital.

In addition we have the other problem that always emerges in the name of security. After terrorist attacks, many governments are adopting laws that are having a negative impact on press freedom and Germany is getting its fair share after a wave of attacks during 2016. The consequence is that in an extraordinary act of betrayal of the German people the government traded citizens’ metadata for the NSA’s top spy software two years ago. Then a leaked document emerged last August that showed a huge uplift in the budget of the German federal domestic intelligence agency, the Verfassungsschutz (BfV), which is asking for an 18-percent budget boost in 2017. The document and subsequent reports stated the increase was almost entirely targeted at “non-standardised telecommunications,” meaning widely-used messaging services such as WhatsApp (i.e. intercepting encryption communication systems).

“It’s a spiral that has no end,” said Frank Herrmann, privacy spokesman for Internet Freedom and Democracy Pirate Party in North Rhine-Westphalia.

Germany’s Central Register of Foreign Nationals (AZR) – now keeps a database containing the details of some 20 million non-Germans – with the databases of the BfV, (with a budget increase for 55 new jobs) to help update a network of databases kept by Germany’s federal and state agencies of individuals in far-right, far-left political parties alongside Islamist extremists.

Martin Armstrong of Armstrong Economics said full censorship by the German government is on its way: “there are those in European politics that are now advocating full-blown censorship fearing the collapse of the EU.  State propaganda is acceptable, but anyone who disagrees is somehow now an agent of Putin. This is one of the last rungs a government breaks before it becomes the enemy of the people.”