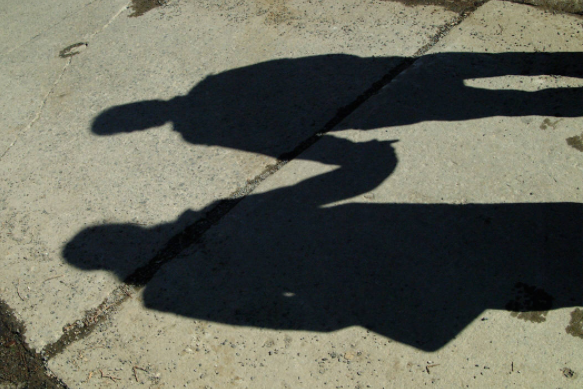 By Dietmar Henning – wsws.org:  After more than four years of proceedings, the German federal prosecutor’s office ended its summation on Tuesday and demanded a lifelong sentence and subsequent preventive detention for Beate Zschäpe. Zschäpe is the surviving member of the trio of neo-Nazi terrorists known as the National Socialist Underground (NSU). The federal prosecutor, Herbert Diemer, also called for long prison sentences for other defendants on trial in Munich.

Over the course of seven days, the prosecution laid out in detail the case against the accused. Excluded from the trial and from prosecution from the very beginning were state agencies, in particular the German domestic intelligence agency, the Office for Constitutional Protection, which is heavily implicated in the crimes of the NSU.

As a member of the NSU, Zschäpe was involved in 10 murders and over 30 attempted murders, three bomb attacks, and 15 robberies. The state prosecutor claimed she bore especial guilt, even though she may never have shot any of the victims herself. If the court follows the recommendation of the prosecution, Zschäpe will spend the rest of her life in prison.

Diemer also demanded long prison sentences for four other defendants. He requested 12 years’ imprisonment for the former neo-fascist NPD (German National Democratic Party) functionary Ralf Wohlleben, as an accessory to murder in nine cases. Wohlleben had, amongst other services to the NSU, supplied the “Ceska” pistol used by the group to murder nine immigrants.

André Eminger is to be sentenced to 12 years of imprisonment. He was found guilty of being an accessory to attempted murder. Eminger rented the camper used by NSU members Uwe Böhnhardt and Uwe Mundlos in June 2004 to drive to Cologne, where they planted a bomb in the city’s Keupstraße. The court followed the request of the federal prosecutor to detain Eminger in court. Until now he had remained free.

Holger Gerlach helped Zschäpe and her companions, Mundlos and Böhnhardt, to live undetected by providing them with identity papers. Gerlach has been charged with supporting a terrorist organization and the prosecutor has demanded he serve a five-year prison sentence.

The prosecutor also requested a youth penalty of three years for Carsten S., who procured the weapon on behalf of Wohlleben. The prosecutor adjudged that S. deserved a mitigated sentence after making a full confession.

The role of the domestic intelligence agency was never considered by the court. Diemer had already given the intelligence services a clean bill of health at the start of the trial. Its agents had made a decisive contribution to the investigation, Diemer claimed. There were no persons pulling the strings to be uncovered. Any other interpretations were “senseless rumours” and a “will-o’-the-wisp.”

As the WSWS wrote at the start of the trial, the entire NSU proceedings were structured to cover up the involvement of the state in the crimes of the NSU. At an early stage the prosecutor’s office concluded that the NSU consisted of just three people, Uwe Mundlos and Uwe Böhnhardt, who died under mysterious circumstances before their arrest, and Beate Zschäpe. Any investigation into other NSU members was thereby excluded from the start.

Several parliamentary investigation committees have concluded that the NSU must have consisted of more than three members. Members of the neo-Nazi organization “Blood and Honour,” which has since been banned, supported the trio when they went underground. They collected money for the gang at neo-Nazi concerts and applauded their crimes in their publications.

Lawyers, who represent the relatives of victims in the case, have repeatedly maintained that the NSU must have consisted of a larger group of neo-Nazis.

Lawyer Stephan Kuhn, who represents a victim of the bomb attack in the Cologne Keupstraße, told Spiegel Online earlier this week that explosives and 20 various firearms had been found in the last apartment to be occupied by Mundlos, Böhnhardt and Zschäpe. The origins of 17 of these weapons had not been ascertained. “This is a clear indicator of other supporters that the prosecutor has not investigated.” There are also further indications that others around the NSU had not been identified.

Lawyers for the victims have repeatedly raised these claims in court together with evidence pointing to the involvement of state agencies. For their part, intelligence officers and their undercover agents who were summoned as witnesses refused to provide statements, declared they could not remember, or simply lied.

It is now known that about 40 undercover agents and informers were in contact with the three NSU terrorists. The neo-Nazi group Thuringian Homeland Security, in which the trio initially became radicalised, was the creation of undercover agent Tino Brandt, who built up the organisation with money provided by the secret service. After the trio went “underground” in 1998, they were covered up by the secret services for the following 13 years.

The exact extent of the collaboration between the secret services and NSU remains unclear. It is documented that the Hessian secret service agent Andreas Temme was actually at the scene of the murder of one of the victims, Halit Yozgat, in Kassel in 2006. Temme has alleged absurdly he knew nothing of the murder and has been backed by his superior officers. Other agents have received similar cover from higher-ups.

The Thuringian investigative committee notes in its final report that the search for the NSU terrorists was so amateurish as to lead to the “suspicion of deliberate sabotage.”

In his interview with Spiegel Online, Kuhn also reported that the prosecutor’s office had suppressed evidence that could have demonstrated collusion between the intelligence agencies and the NSU. According to Kuhn, the prosecutor’s office “structured the investigations in such a way that it could decide which results of the investigation should be submitted to the court and which should not.”

There were a total of nine other investigations against potential supporters, which were to be pursued separately, plus a broader investigation (structural procedure) of unknown supporters, in particular suppliers of weapons. In these proceedings, the lawyers of the sub-defendants would not have the right to inspect files.

The prosecutor also requested on a number of occasions that the court reject applications by the lawyers of the civil case claimants for the interrogation of witnesses. Kuhn said, “The federal prosecutor’s office thus used its position in a manner that indicated it feared certain investigations could reach the public domain.”

As one example, he cited the application by a subsidiary lawyer to invite to the stand a former official of the secret service, with the cover name Lothar Lingen. Lingen had admitted to the federal prosecutor’s office he had intentionally destroyed files related to the NSU to prevent their content being revealed. “He said that based on the number of undercover agents in Thuringia nobody would have believed that the federal constitutional protection did not know about the NSU.” The prosecutor’s office claimed in the trial, against its better knowledge, that this was speculation and that Lingen would not be recalled as a witness.

It is evident that, despite the attention to detail in the case of the five accused, the aim of the NSU trial was to conceal the role played by secret services. This has taken place as more information emerges about the activities of the far-right in the security agencies and German army (Bundeswehr).

The German army officer Franco A., who had registered as a Syrian refugee and planned the assassination of politicians, received cover from superiors and was part of a larger network involving the far-right Identity movement. A. also had connections to a terror cell in Rostock, which planned political assassinations. The cell included a policeman and a lawyer.

Last week, the federal administrative court in Leipzig ended its long-standing trial of Joachim Freiherr von Sinner, the former head of the foreign secret service BND in the city of Mainz. Von Sinner had taken down two photographs of Christian Wulff, then the German president, because he opposed Wulff’s statement that Islam belonged to Germany. The court decided against any punishment for von Sinner based on his right-wing extremist views on politicians and Islamism. “Here the threshold for punishment has not yet been exceeded,” declared judge Ulf Domgörgen.

According to the weekly newspaper Die Zeit, von Sinner had planned “exercises of a paramilitary nature” with fellow thinkers from the police, the Bundeswehr and the BND. The aim of such exercises was to make the “resistance” against Muslims as effective as possible. All proceedings against von Sinner have been terminated.

German Right-Wing Movement Name themselves “Citizens of the Reich”