A World First In Citizen Surveillance By The State 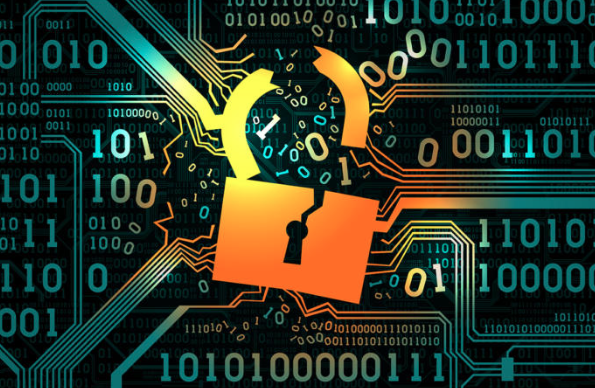 By TruePublica: Last month TruePublica reported that the British government were going full Orwellian and was now aiming to create a biometric database on top of its mass data bulk collection through surveillance systems that have been deemed illegal by the highest courts in the UK and EU. However, in Australia – a member of the Five-Eyes surveillance clan, the law is being changed to take us one step closer to the complete eradication of privacy.

We said that the government would eventually take the biometric data of every single citizen living in Britain and use it for nefarious reasons.  DNA, fingerprint, face, and even voice data will be included. This is because the government has already collected data such as health records, academic achievements along with financial records, purchases, subscriptions, and then added that to data such as gender, sexual preferences, friends, family and the like. Access to your emails, location, phone and VoIP calls, cloud-stored files and webs searches is generally accepted as standard even though the government are being challenged yet again in court over the legality of the ‘Snoopers Charter.’ This information will eventually be accessible by all 421 of the state agencies of Britain.

Big Brother Watch said that “without any obstacles put in its way, the Home Office has essentially granted itself the right to end anonymity of any type to all the people of Britain.”

TruePublica warned two years ago that social scoring systems were on the way. We wrote in 2016 and then again in early 2017 as a result of an in-depth report by Civil Society Futures regarding a new wave of surveillance that total privacy invasion by the government was almost upon us. Civil Society Futures wrote: “Citizens are increasingly categorised and profiled according to data assemblages, for example through data scores or by social credit scores, as developed in China. The purpose of such scores is to predict future behaviour and allocate resources and eligibility for services (or punishment) accordingly. In other words, rules will be set for citizens to live by through data and algorithms.”

The next stage of the surveillance state is being tested right now.

End-to-end encryption services such as messaging apps WhatsApp and Facebook Messenger, which were designed to stop third parties read or listen to the content – is about to come to an end.

The Australian parliament will be told spying powers are limited to only ‘serious offences’ such as preventing terrorism – the usual ‘national security’ risk excuse rolled out for all invasions of privacy by the state. The government’s of the USA, UK, NZ, Australia and Canada that make up the ‘Five-Eyes’ all said that about every aspect of surveillance that then turned into something completely different. One only has to look at how government agencies now universally catch BBC licence fee or surveil parents on school catchment areas by using the UK’s Terrorism Act to see that happening.

It should not be forgotten that it was Edward Snowden back in 2013 who revealed the existence of the citizen surveillance system known as PRISM. This system gave “direct access” to the servers of Google, Facebook, and others technology companies. Those companies vehemently denied knowledge of and participation in PRISM.  At the time, they rejected allegations that the US or other governments were able to directly tap into their users’ data. But the governments of these nations did, and since being caught, laws such as Britain’s Investigatory Powers Act are designed merely to make illegal surveillance legal.

These powers are being given not just to the surveillance agencies but to the Police. They are to be given the authority to ask a company to ‘voluntarily’ help create a program so they can spy on their suspects and risk prosecution if they don’t.

Under the proposed powers of (de)encryption in Australia, companies would be required to build a new ‘backdoor’ function to help police access the suspects’ data.

This is a test case that has no obstacles. When it passes – and it will, it means the end of encryption to add to the long list of privacy invasions by the state. In Britain, it is likely already happening anyway as the government no longer feels accountable to the law, hence, we have a raft of security sounding related laws that are actually designed to strip all citizens of any privacy or confidentiality.

As if evidence were needed, the British government through their surveillance agencies were collecting illicit and ‘compromising’ images of millions of British citizens as far back as 2008, years before the Edward Snowden revelations. That revelation stated at the time that only 1.9 million images were taken. However, that program continued for at least five years and in that time it is estimated that 9 million images were taken with up to 11 per cent of them containing nudity.

A GCHQ document reportedly read, “it would appear that a surprising number of people use webcam conversations to show intimate parts of their body to the other person.” That, of course, does not include the number of images of naked children and teens being available to thousands of so-called ‘operatives.’ It goes to show the shameless contempt by the state of not just the law but of the electorate who put them in power in the first place.

Part of the problem with the ending of encryption as many business leaders and tech commentators have repeatedly said – once backdoors are forced open by the state, criminals get access as well. The threat to online banking, confidential information and business secrets increase exponentially.

The state is increasingly out of control. We should all be aware of the trajectory here. It started off with the government denying it was surveilling the population – that was, after all, a conspiracy theory! Then it was revealed that some surveillance was taking place. Then total surveillance. From there the government got caught accessing all online activity and hoovering up data from its agencies including schools, local authorities and councils. Encryption, the last place where you can speak openly and honestly to a loved one, for instance, is about to be buried as a right.

The Tory MP and one of the Brexiteer ‘ultras’ – Steve Baker is a former Royal Air Force engineer. He admits that when he wants a private conversation with someone, mobile phones are put in the microwave. Think that is paranoid. Well, now you can buy a handy little anti surveillance shield bag that acts like a Faraday cage for just 20 quid. Baker has also stated on record that CCTV cameras are now using technology that can lip read.

We will all become frightened of the surveillance state eventually, soon even our mobile phones will be regarded as the enemy within.