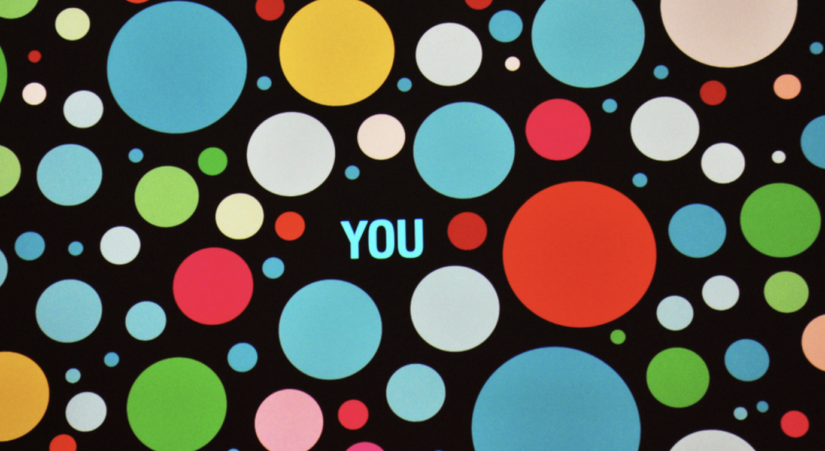 As references to echo chambers and filter bubbles become ubiquitous in contemporary discourse, Axel Bruns offers a riposte in Are Filter Bubbles Real?, which questions the existence of these phenomena. While not convinced by all of the author’s arguments, Ignas Kalpokas welcomes the book as a must-read for those looking to critically reflect on some of the assumptions surrounding social media today.

Terms like ‘filter bubbles’ and ‘echo chambers’ have transcended social media and political communication research to enter the public consciousness, being associated in particular with polarisation in today’s societies and the unexpected outcomes of recent public votes, such as the victories of Donald Trump and the Brexiteers. In short, they denote social media’s propensity to connect us with the like-minded and, therefore, reduce the diversity of information we encounter. In fact, unquestioning assertions of filter bubbles’ existence have become so prevalent and fashionable everywhere from academic texts to TV talk shows that Axel Bruns’s highly critical assessment reads as almost countercultural.

Indeed, social media research does have its fashions, and it once used to be a sign of good manners to assert an optimistic view of social media, treating them as tools for emancipation, free access to information and overall democratisation. This interpretation reached its peak around the time of the Arab Spring – but has ebbed since, giving way to a more negative version. The latter, in turn, came to dominate during the tumultuous year of 2016, and since then accusing social media of all kinds of societal and political ills has become the norm (the reviewer must declare his belonging to the latter camp). So engrained has this view become that it often seems like many social media researchers have come to live in their own filter bubble, reading and referencing only the like-minded. Hence, it is vital to read books like Bruns’s to burst the bubble.

One of the main claims made by Bruns is that all this talk of filter bubbles is merely an easy escape route, whereby we attempt to ‘absolve ourselves of the mess we are in by simply blaming technology’. That is certainly something researchers have to keep in mind: it is easy to slide into a form of fundamentalism, particularly when researching something as pervasive as social media, by simply assuming that the architecture and policies of the dominant platforms determine everything. Likewise, Bruns’s assertion points towards the issue of responsibility: once we attribute causation to technology, we can comfortably and conveniently avoid responsibility for any societal ills and the ensuing necessity to put some effort towards ameliorating them. Such scapegoating, as Bruns correctly pinpoints, is characteristic not only of the general audience but also of politicians and mainstream media executives, thereby preventing us from addressing deep-rooted problems not only on a personal but also a societal level.

Nevertheless, some other key arguments put forward in this book rest on shakier foundations. Notably, Bruns’s critique is based on the premise that people ’generally maintain a diverse media diet through other channels’. There is, however, very little justification provided for such a claim. Of course, it seems logical that if people access diverse non-social-media news sources, the polarisation of their news feed might not do much harm, but such an assertion sits uncomfortably with the global trend of decreasing traditional media use. Also, while explanations of echo chambers usually heavily rely on psychological factors (essentially, that it feels too good to have one’s opinions confirmed for such an opportunity to be missed), Bruns does not address this issue in his book. Hence, the question remains as to whether, even if individuals did have diverse information from a mix of sources at hand, they would want to make use of it. However, where Bruns addresses psychological aspects, he does so with great insight. The point is rather straightforward: even if we assume that echo chambers exist, why treat them in an exclusively negative light? After all, participation in supportive communities of like-minded individuals has considerable psychological benefits, so polarisation aside, perhaps there could be plentiful positives on the individual level.

The third key assertion that Bruns makes is that for echo chambers and filter bubbles to have political effects, we must assume individuals are connecting with people exclusively based on political preferences and that users consistently post about politics only. Certainly, such an assumption would be absurd, and thus, Bruns claims, filter bubbles cannot be real. However, Bruns is attacking a straw man here. It is not necessary for individuals to be consistent and exclusively politics-focused: first, as long as the algorithms governing content selection are, over time, able to learn an individual’s preferences, information supply, rather than conscious friend selection, will drive the narrowing of the person’s field of vision; second, even ostensibly politics-unrelated bubbles can be activated for political purposes as long as the messaging is tailored accordingly. Hence, the conditions for political effects are much broader than Bruns suggests – it all simply depends on political actors’ ability to use, and essentially weaponise, the diverse communities that exist online.

Finally, where Bruns does a very good job indeed is in his analysis of the limited number of studies on which the entire filter bubble theory rests. The relative scarcity of studies is something that adherents either forget or choose to overlook, often relying on the feeling that those bubbles just intuitively make sense and the fact that everybody is talking about them (in their own filter bubble). Moreover, even those studies that do exist – the most prominent of them being by Eli Pariser (2011) and Cass Sunstein (2017) – often fall short of unequivocally demonstrating the filter bubble effect or, if they do, then only in a limited scope (e.g. within certain extremist groups). While that might be less of a fatal blow to the filter bubble theory than Bruns himself suggests, it does nevertheless clearly show that if the social media pessimists want to maintain their dominant position, they need to urgently revise the premise of their claims.

Overall, this is a book that is bound to provoke debate: while techno-optimists will hail it for debunking some of the horror stories recently associated with social media, techno-pessimists are likely to look for ways of reducing the weight of Bruns’s critique. But, as the cliché goes, truth is somewhere in the middle. What is certain, however, is that Are Filter Bubbles Real? is a valuable counterbalance to the otherwise dominant, and sometimes seemingly uncritical, assertion of the filter bubble/echo chamber phenomenon that should also be welcomed at least by the more thoughtful adherents of the latter. It is, therefore, a must-read for the purpose of acquiring some critical distance from the otherwise hegemonic discourse surrounding social media.

Ignas Kalpokas is currently Senior Lecturer at Vytautas Magnus University and Assistant Professor at LCC International University. Ignas’ research and teaching covers the areas of international relations and international political theory, primarily with respect to sovereignty and globalisation of norms, identity and formation of political communities, the political use of social media, the political impact of digital innovations and information warfare. He is the author of Creativity and Limitation in Political Communities: Spinoza, Schmitt and Ordering (Routledge, 2018), A Political Theory of Post-Truth (Palgrave Macmillan 2019), Algorithmic Governance: Politics and Law in the Post-Human Era (Palgrave Macmillan 2019).

This review was first published by the LSE Review of Books blog.