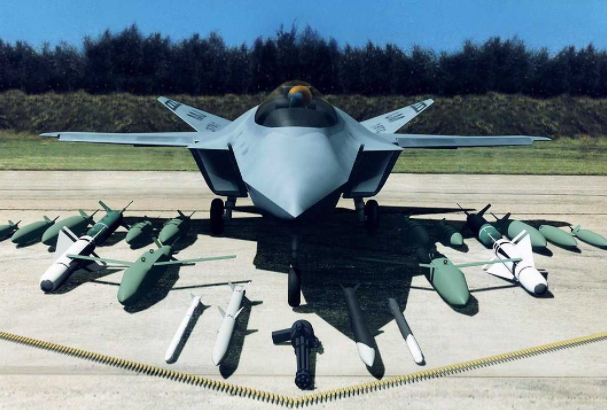 By Jonathan Cook: Israel is the first country outside the US to get access to the F-35 war plane, the most expensive ever developed

In total, Israel has bought 50 F-35s from manufacturer Lockheed Martin, and claims it will have the first squadron combat-ready before the end of the year.

Israel is the first country outside the US to be allowed access to the war plane, the most expensive ever developed.

The F-35’s main selling point is its advanced stealth capabilities, reportedly allowing it to evade even the most sophisticated anti-aircraft missile systems. Lockheed describes the plane as “virtually invisible”.

According to Israeli officials, the jet will be able to outsmart Russian S-300 missiles, which are stationed in both Syria and Iran. Israel has launched repeated air strikes in Syria over the past five years, while Prime Minister Benjamin Netanyahu has suggested he wants to attack Iran.

Analysts have noted that, although the jet comes with a huge price tag – each plane costs around $110m – US taxpayers will be footing the bill.

Israel’s fleet of F-35s are to be financed out of US military aid. The annual $3bn Israel receives from Washington will rise next year to $3.8bn, under a 10-year deal agreed by Barack Obama shortly before he stepped down as US president.

“Israel would never have been able to build its military might without the US – and now it will have even greater freedom to wreak suffering across the region,” Mustafa Barghouti, head of the Palestinian National Initiative party, told Al Jazeera. “The US has turned a blind eye as Israel has used its advanced weapons against Lebanon, Gaza, Syria and elsewhere.”

Ash Carter, Obama’s defence secretary, hailed Israel’s purchase of the F-35 as allowing the two countries’ air forces to work more closely together. The US military has ordered more than 2,400 of the jets. “Together, we will dominate the skies,” he said in December.

Israel’s older squadrons of F-15s and F-16s, which have been in use since the 1970s, are due to be gradually phased out in favour of the stealth fighter.

At Israel’s insistence, no Arab countries have so far been allowed to buy the F-35. In the original negotiations, the Pentagon agreed that the jet would ensure Israel maintained its “qualitative military edge” over its neighbours.

“This is about ensuring Israel’s regional military superiority for a long time,” Efraim Inbar, director of the Begin-Sadat Centre for Strategic Studies at Bar Ilan University, told Al Jazeera. “Israel wants to be able to project power over long distances, and this plane promises to do that.”

Early use in Syria?

According to Israeli military analysts, one of the first uses of the F-35 could be in Syria, where Israel has been especially active since the outbreak of a civil war there six years ago. It has regularly launched strikes against Syrian army positions, claiming to be preventing the transfer of weapons to the Lebanese group Hizbullah.

The risks of escalation have heightened for Israel as other states – notably Iran, Russia and Turkey – have been drawn into Syria too.

This week, Israel made a rare public admission that it carried out an air strike in Syria last month. Unusually, the Syrian military responded to the attack by launching anti-aircraft missiles at the Israeli planes, though none are believed to have hit their targets.

Inbar said the biggest prize for Israel was the F-35’s potential use against Iran. Its stealth capabilities mean it could be used either to carry out attacks or for reconnaissance missions. It would also be able to pass over intermediary countries unseen.

Netanyahu has repeatedly suggested that Israel might attack Tehran, either alone or with US help, over claims that it harbours ambitions to develop a nuclear weapon.

Fear of tests in Gaza

According to Israeli analyst Amos Harel, one offensive use of the new fighter would be to launch an undetected, first-wave attack against another country’s radar and anti-aircraft missile systems. That would then open the way for a second wave of planes, including F-15s, F-16s and drones, to bomb sites without fear of retaliation.

Last week, US defence secretary James Mattis made a brief visit to Israel – the first senior official from Donald Trump’s new administration to do so. His meetings focused on alleged threats from Iran and Syria, Israeli media reported.

Israeli officials have suggested that the F-35 will not be used against Palestinians, as they have no radar or anti-aircraft batteries. “We are not buying the F-35 to attack Gaza,” one told Haaretz.

But Barghouti said he doubted that. “This plane will be used everywhere – and given that Gaza is defenceless against such attacks, it could be the place where Israel tests it first.”

As well as being the first military to receive the fighter outside the US, Israel is the only country that has been allowed to modify the plane’s software and integrate its own components and weapons systems.

Jeff Halper, whose recent book War Against the People examined the close military ties between Israel and the US, said the payoff for the US was that Israel would refine the F-35’s combat role and carry out trouble-shooting for Lockheed and the US military.

“Israel serves as the test-bed for the development of these kinds of new weapons,” he told Al Jazeera. “The F-35 will be tested in the field, in real time by Israel. The likelihood is that the first time the plane is used in combat will be with Israeli pilots flying it.”

Production of the F-35 also illustrates the increasingly tight ties between Israeli and US arms manufacturers, noted Halper. Israeli companies won contracts worth more than $250m last year with Lockheed, which makes the F-35.

Avi Dadon, a senior official in the Israeli defence ministry, told Defense News in February that with the arrival of the F-35s, Israel expected to “further deepen” cooperation, boosting the Israeli economy.

Halper said: “Israel exploits this involvement in research and development and finds commercial spin-offs, both in military and non-military applications. This is part of the reason why Israel has a reputation for being the ‘start-up nation’.”

Barghouti said Israel was allowed to act as an unofficial intermediary with other countries, such as India, selling them military equipment cheaper than the US or without the restrictions imposed by the Pentagon.

He added that Israel received more than $20bn a year in help from the US, including aid, cooperation with military industries, preferential trade status, and donations from a network of philanthropic organisations.

Some Israeli analysts are critical of the extent to which Israel is now dependent on the US military. Emmanuel Sakal, a former general and expert on battlefield strategies at the Begin-Sadat Centre, told Al Jazeera: “Israel needs to be less reliant on the US, not more. Israel needs to be able to act on its own in times of crisis.”

He said the F-35 was “no magic bullet”, and the money could have been better spent on developing other aspects of the Israeli military, including its ground forces.

The F-35 programme has courted much controversy over its costs, as well as over-runs and problems in the plane’s three-decade development.

A Pentagon report last year suggested that the F-35 had major design flaws, especially with its software. It is also reported to have lost in a mock dogfight with the much older F-16.

US President Donald Trump has threatened to reassess the US military’s purchase of large numbers of F-35s. With costs over the jet’s life-time expected to reach $1.5 trillion, Trump accused the programme of being “out of control”.

Inbar said: “The plane has a lot of problems, and we will have to see if it can be made combat-ready as quickly as the Israeli air force believes.”