Democratic decay: the threat with a thousand names 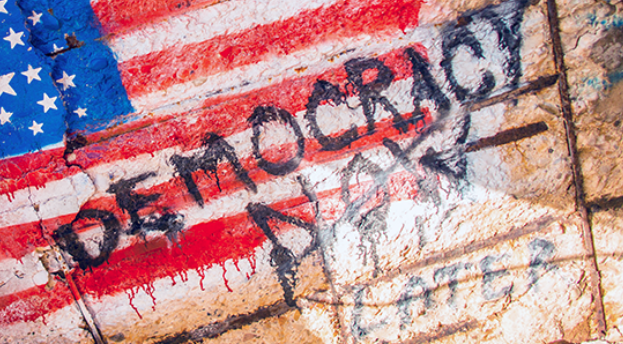 By Dr Tom Gerald Daly –Democratic Audit: In the 2012 children’s book, The Dog with a Thousand Names, the unfortunate dog of the title – originally named Bingo – gets renamed on every page by each member of the family. Hilarity ensues for the characters and reader – or so the book blurb would have you believe.

So it is with one of the most pressing challenges facing liberal democracy worldwide today: the creeping, incremental deterioration of democratic rule in state after state, slowly transforming the nature of the system until it is no longer recognisable as a ‘true’ democracy.

From Hungary to Poland, to the USA, India, Brazil and Japan, this is the threat stalking the democratic system. Overt coups are out. Fake Democrats are in. The result has been a global ‘democratic recession’ every bit as dangerous as the last global financial crisis – if not more so. For now, let’s call this phenomenon – democratic decay.

Partly this proliferation is down to simple real-world divides. Lawyers like to talk more about constitutions and constitutionalism, and coin new terms in this vein. Political scientists are more focused on democracy as a term, and this forms the root for coining neologisms. For some, such as those active in the EU and pan-European space, ‘democracy’ is a problematic term (largely because of the EU’s ‘democratic deficit’ or lack of full democratic legitimacy), so ‘rule of law’ is the focus. Further entrenching the divides, in academia scholars tend to stick to their own tribe, and for all the talk of ‘breaking boundaries’ and inter-disciplinary research, a real willingness to engage with those in another camp is relatively thin on the ground.

The result, unfortunately, is a rather bewildering miasma of terminology, which tends to obscure the fact that many of these terms are about one of two things, either: (i) the slow dismantling of liberal democracy by a democratically elected government that is opposed to key tenets of liberalism (such as minority rights, individual autonomy, and meaningful constraints on the government through law and independent institutions), and also core principles of democracy (such as free and fair elections, if they have any chance of losing in a fair competition); and (ii) the wider and deeper tectonic shifts taking place in democratic systems worldwide, which are bringing such governments to power – or which are threatening the endurance of meaningful democratic governance without any such government in place.

Economic inequality; political polarisation; cultural backlash against rapid social, moral and demographic change; the scapegoating of immigrants and minorities by political forces; the profound – and often negative – effects of technology on society and the political system; the rise of non-liberal alternative governance models viewed as successful, in China, Singapore and other states; and active external interference through ‘election hacking’ and other, subtler, forms of meddling. While the UK is not clearly suffering from the first challenge, it – like all other democracies – is facing the second suite of challenges.

Yet, the sheer proliferation of terms means it is increasingly difficult to make sense of what is otherwise, in the main, highly useful and incisive analysis. There is little hope of stuffing the genie back in the bottle by pushing analysts to converge on a smaller number of terms – getting academics on the same page is inevitably compared to herding cats, and the challenge multiplies when one counts the other key actors in this space: policy-makers, journalists and politicians. But that does not mean all hope is lost. What is really needed is, not so much terminological police and policing, but more researchers who can act as guides across this landscape, mapping it for others, clarifying it, and making its insights much more accessible. This is already happening: we are seeing a rapid growth in specialist research groups; cross-disciplinary journal collections and book series; and initiatives and resources such as the cross-university collaboration Democratic Erosion in the USA and the global Democratic Decay Resource (DEM-DEC).

But we need more of this, and quickly. The trend of democratic decay itself – and the means by which political and social forces are degrading liberal democracy – is rapidly changing, developing and spreading. We are trying to understand a global phenomenon as it envelopes the world in real time: in February, Freedom House marked the 13th consecutive year of decline in global freedom. The challenge is also not just to turn the clock back or keep what we have – to protect democracy we must re-make democracy. That applies to the UKs and Australias as well as the Polands and Brazils of this world. And that, too, will require scholars and policy actors to truly work together – or at least, will require guides and interpreters to act as threads across different spaces, collecting, sifting, comparing and amplifying the insights of each camp.

After all, whereas in The Dog with a Thousand Names the proliferation of names is ultimately harmless fun – Bingo remains himself and no one gets hurt – if terminological confusion concerning democratic decay continues and worsens, finding understanding and finding solutions will be all the harder. A global challenge with extraordinarily high stakes requires us to do better.

Dr Tom Gerald Daly is Director of the Democratic Decay Resource (DEM-DEC) and an academic and consultant on democracy, human rights, and public law.