Digital book burning, censorship and the fall of free speech 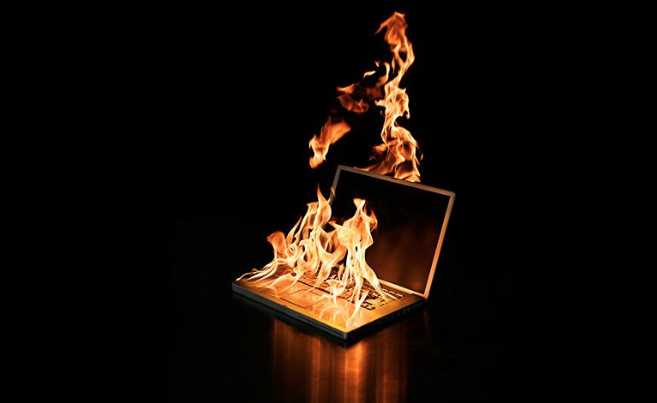 By TruePublica: The burning of books represents little more than an element of censorship and usually emanates from a cultural, religious, or political opposition to the materials in question.

There are of course more recent examples. In Azerbaijan, when a modified Latin alphabet was adopted, books published in Arabic script were burned, especially in the late 1920s and 1930s. In the 1930s and 40s the Nazi government decreed broad grounds for burning material: “which acts subversively on our future or strikes at the root of German thought, the German home and the driving forces of our people.”

In the 1950s, over six tons of books by William Reich were burned in the U.S. under judicial orders. In 1973, during the years of the Chilean fascist dictatorship under Augusto Pinochet, supported by Britain, books were burned as a way of repression and censorship of leftist literature.  Another example was the annihilation of the Bosnian National and University Library in August 1992, led by Serbian nationalist Ratko Mladić.

For all of the examples given above, the burning of books, censorship and suppression of free speech has long been used as the tools wielded by authorities in their efforts to suppress dissenting views that are perceived as posing a threat to the prevailing order.

Book burning and censorship is a practice that hasn’t disappeared with time – indeed, the largest fire of dissenting material to have ever been instigated has just started right under our noses and implemented by the very people elected to protect civil society from the destruction of free speech. In the meantime, transnational corporations want to maintain market dominance and power and facilitate these archaic practices using new technologies that most of us are completely unaware of.

After four years of preparation and debate the GDPR or General Data Protection Regulations was finally approved by the EU Parliament on 14 April 2016. Its enforcement date is 25 May 2018. The EU are threatening online organizations in non-compliance with extraordinary fines.

Many private organisations see this piece of legislation differently. Armstrong Economics: “GDPR is a serious measure which is really designed to stem any criticism of the EU Commission. The claimed purpose is to stop propaganda. What this is all about is the plain fact that this regulation will lay the foundation establishing a new layer of bureaucracy pretending to protect citizens. Allowing penalties to be imposed at the discretion of government agents without any clearly defined law is extremely arbitrary. The only thing truly defined are the penalties which can be up to €20 million Euros or 4% of the gross turnover of any business. Government agencies such as the judiciary, the police, the financial and intelligence services enjoy a special status, naturally.”

TechDirt agrees and lays out some of the consequences quite plainly:

In most cases, prior to assessing the request’s legal validity, the intermediary temporarily suspends or “restricts” the content so it is no longer publicly available.

“In most cases, the accused publisher receives no notice that their content has been removed, and there no opportunity to object. The GDPR text does not spell out this prohibition.”

Britain, Outside the EU – Just a wolf.

“Just when journalists thought legal threats to press freedom in Britain couldn’t get any worse, along comes another menacing piece of legislation” – wrote The Guardian a year ago. “After the Investigatory Powers Act, correctly nicknamed the snoopers’ charter, and the law commission’s proposal for a new Espionage Act that could transform journalism into spying, comes the data protection bill.”  That was last year, today, government mission creep to stem criticism of the ruling elite marches on.

Just last week – changes to data protection legislation put forward by peers would make it impossible to report scandals such as the Oxfam sex abuse claims, the Panama or Paradise Papers, or indeed, the expenses scandal that nearly brought down the British government in 2009.

Press Gazette reported that former Culture Secretary, John Whittingdale has “warned that the Data Protection Bill, which is due to be debated in the House of Commons on Monday, had been “hijacked” in the House of Lords to include provisions that threaten press freedom. He warned the “damaging” amendments would have a “chilling effect” on investigative journalism.

Yesterday, The Guardian wrote “If MPs agree to some of the more radical clauses in the Data Protection Bill, the media may no longer be able to challenge the conduct of powerful people.”

This is nothing more than blatant censorship.

There are numerous documented cases where these transnational corporations have intentionally censored online material in order to comply with legal demands, and/or various government censorship laws under the guise of halting ‘fake news’ and hate speech. New algorithms are taking censorship to a whole new level. These new measures are being executed to deny Internet users access to oppositional sources of information and commentary that were already available – modern day book burning by any definition.

“To be clear, this is already happening. Due to a recent shift in Google’s “evaluation methods”, traffic to left-leaning and anti-establishment websites has plummeted, with sites like WikiLeaks, Alternet, Counterpunch, Global Research, Consortium News, Truthout, and WSWS losing up to 70 percent of the views they were getting prior to the changes” says Medium journalist Caitlin Johnstone.

The voice of reason comes from a world famous political prisoner:

“The problem of fake news isn’t solved by hoping for a referee, but rather because we as citizens, we as users of these services, help each other. We talk and we share and we point out what is fake. We point out what is true. The answer to bad speech is not censorship, the answer to bad speech is more speech. We have to exercise and spread the idea that critical thinking matters, now more than ever, given the fact that lies seem to be getting more popular.”

Another political prisoner, Julian Assange, opines that we are heading for darker days. “While the internet has brought about a revolution in our ability to educate each other, the consequent democratic explosion has shaken existing establishments to the core. Burgeoning digital super states such as Google, Facebook and their Chinese equivalents, who are integrated with the existing order, have moved to re-estblsih discourse control. This is not simply a corrective action, Undetectable mass social influence powered by artificial intelligence is an existential threat to humanity”

Caitlin Johnstone continues: “What this means is that by using increasingly more advanced forms of artificial intelligence, power structures are becoming more and more capable of controlling the ideas and information that people are able to access and share with one another, hide information which goes against the interests of those power structures and elevate narratives which support those interests, all of course while maintaining the illusion of freedom and lively debate.

Mark Epstein at the WSJ – “No one has presented a single credible case of any major internet provider censoring web content based on political beliefs. But you know who does? The very companies calling for net neutrality. Apple, Facebook, Twitter, Google, PayPal and other tech firms are engaged in increasingly strict political censorship through vague and subjective prohibitions on “hate speech” and “fake news.”

Engadget recently reported that “An anonymous source within Facebook last November claimed to the NYT that the company had developed an automated censorship tool for the Communist Party of China – a token of loyalty CEO Mark Zuckerberg hopes will open the Chinese market to the Western social network.” How would you know that is not already happening in the West, or at least some parts or aspects of it? You wouldn’t – it takes a whistleblower to inform us of such matters and with recent legislation, they are now being treated the same as subversive foreign spies with long prison sentences beckoning.

It is not far-fetched in the slightest to think that leaks about the U.K.’s sensitive Brexit negotiations with the EU could land both journalists and their sources in prison.

Copyright rules will be next, then net neutrality – all designed to control the narrative.

The Internet was anticipated to become an overwhelmingly democratizing force against illiberal ideologies. Instead, slowly, the Internet is being co-opted by those who seek to entrench their positions and push their own agendas while crushing dissent and opposition. Throughout this short period, our privacy rights have been dismantled. In a post-Snowden era, you would have thought the general public would have got really angry and acted – but no, they collectively rolled over.

Hats off to those at OpenRightsGroup and Liberty who fight for our rights. A deep public bow of gratitude should be given to the likes of Snowden and Assange and those on the frontline of raising money to fight global corporations on net neutrality and market dominance. The sad truth is – these activists acting in the public interest have already lost.

Assange and Snowden are still imprisoned. Our privacy rights have universally vanished. Journalists, their sources and whistleblowers are (legally) routinely compromised by the state, dissenting websites blocked, oppositional groups spied on and many arrested on bogus charges. The entirety of civil society is under a full spectrum of surveillance tools and frightening new technologies care of our own governments.

At TruePublica we’ve been documenting and reporting that fight for several years. We believe that the battle for free speech on the Internet in the West in a way we understand, has already been lost, particularly in Britain. The EU is hot on their footsteps though – and so is the USA. It is now just a matter of time.