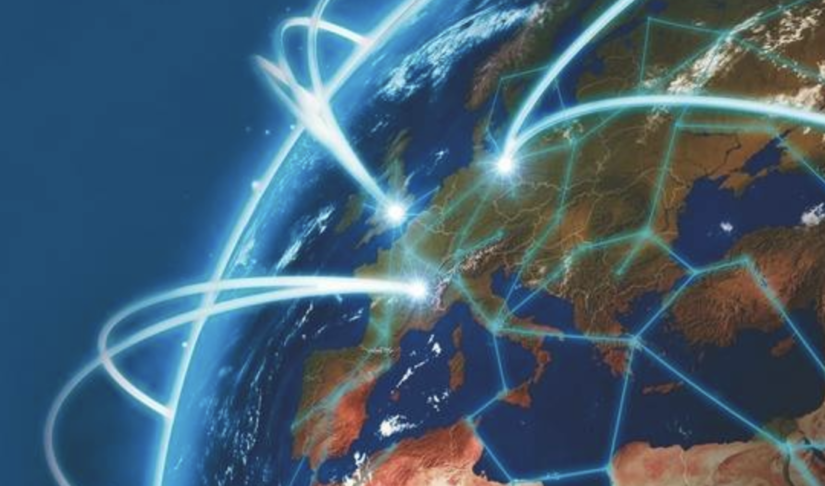 John Scales Avery is a theoretical chemist noted for his research publications in quantum chemistry, thermodynamics, evolution, and history of science. Since the early 1990s, Avery has been an active World peace activist. During these years, he was part of a group associated with the Pugwash Conferences on Science and World Affairs. In 1995, this group received the Nobel Peace Prize for their efforts. Presently, he is an Associate Professor in quantum chemistry at the University of Copenhagen.

Here, John announces the publication of his latest book, which discusses the most serious dangers which the world faces today. The book (in pdf) may be freely downloaded and circulated from the following link:

Cultural evolution depends on the non-genetic storage, transmission, diffusion and utilization of information. The development of human speech, the invention of writing, the development of paper and printing, and finally, in modern times, computers and the Internet: all these have been crucial steps in society’s explosive accumulation of information and knowledge. Human cultural evolution proceeds at a constantly-accelerating speed, so great in fact that it threatens to shake society to pieces.

The strong contrast between the slow rate of genetic change and the lightning-like, constantly accelerating rate of cultural change means that we face the serious problems of today with an emotional nature that has changed little since our ancestors lived in small tribes, competing for territory on the grasslands of Africa. It is not surprising that human nature still contains an element of tribalism, to which militarists can all too easily appeal.

Within cultural evolution, there are also contrasting rates of change. Science and technology move extremely rapidly, compared with the slow rate of change of our institutions and habits. This is part of the explanation of our inadequate response to the dangers of catastrophic climate change and thermonuclear war.

Thus, while the explosive growth of knowledge has brought many benefits, the problem of achieving a stable, peaceful and sustainable world remains serious, challenging and unsolved.

Some of the main dangers that we face today are listed below. These dangers are linked to each other, and I will try to put forward some thoughts about the various ways in which they are linked.

Chapter 1: The danger of a COVID-19 pandemic

Today, air travel takes people almost instantly between continents. Despite the need to reduce fossil fuel consumption, air travel has continued to grow, and populations are also growing. Therefore the world has become increasingly vulnerable to pandemics, such as the threatened COVID-19 pandemic. The chapter discusses, in detail,  monoclonal antibody methods by which a vaccine against COVID-19 may be developed, and gene-splicing methods through which the vaccine may be inexpensively mass-produced.

Global warming is occurring much faster than the IPCC’s scientists expected. The 2020 winter in Europe has been the warmest ever recorded, with February daytime temperatures averaging about 6 degrees C in Copenhagen. On March 3, 2020, the temperature reached 13 degrees C in Moscow, and 14 degrees in Kiev. Normally these two cities would be snowbound at the start of March. Temperatures of 20 degrees C were recorded in Antarctica!  The 2018 IPCC Climate Report made it clear that we have only a decade to drastically reduce CO2 emissions. If we fail to do this, irreversible feedback loops will take over and make any human efforts to avoid catastrophe useless. While some governments have responded to this challenge, a number of large greenhouse gas emitters have not. These include the United States, Canada, Brazil, India, China and Saudi Arabia. While India and China have strong renewable energy programs, they are also building many new coal-fired power plants.

Chapter 3: Militarism and the danger of  a thermonuclear war

Military-industrial complexes throughout the world involve a circular flow of money. The vast profits from arms industries are used to buy the votes of politicians, who then vote for obscenely bloated “defence” budgets.  Military-industrial complexes need enemies. Without them, they would wither. Thus, tensions are manufactured by corrupt politicians in the pay of arms industries. As Arundhati Roy famously observed, “Once weapons were manufactured to fight wars. Now wars are manufactured to sell weapons.” Donald Trump has recently threatened to attack both Iran and North Korea with nuclear weapons. The United States, under Trump, is also threatening both Russia and China. Any such conflict could escalate uncontrollably into an all-destroying global thermonuclear war.

Chapter 4: The danger of an extremely widespread famine

There is a danger that population growth, climate change and the end of the fossil fuel era could combine to produce an extremely large-scale global famine by the middle of the present century. Such a famine might involve several billion people, rather than millions.

The number of refugees from both conflicts and climate change is increasing rapidly. Several million refugees have fled from wars in the Middle East. Meanwhile, drought and rising temperatures in Africa have also produced millions of refugees, anxious for a better life in Europe. Similarly, in the western hemisphere, both conflicts and climate change have produced a stream of desperate people, travelling through Mexico to the southern borders of the United States. There they have been treated in an extremely cruel way by the Trump administration. Young children, infants, have been separated from their parents and put into cages.

Chapter 6: The loss of democratic institutions and drift towards neo-fascism

Most notably in the United States and Brazil, but also in a number of other countries, such as Hungary, Turkey and India, there has been a loss of popular control over the institutions of government, and a drift towards authoritarian rule, police brutality, and neo-fascism. Remembering the rise of fascism in Europe in the 1930’s we can see worryingly similar trends today.

In geologically-observed extinction events, such as the Permian-Triassic Extinction, more than 90 per cent of all terrestrial vertebrates and marine species were lost forever. It may be that our present episode of human-caused climate change will ultimately lead to a similar mass extinction, but we can already see an alarming loss of biodiversity as the result of human activities such as over-use of pesticides and encroachment on habitat. A new mass extinction has already started.

Intolerable and unjust economic inequality is increasing rapidly, both within and between nations. Statistics show that half of the world’s net wealth belongs to the top 1%. They own as much as the remaining 99% of the world’s peoples, the other 7.4 billion of us.

How are these threats linked?

Let me now put forward some suggestions about how these serious dangers might be linked. I think that there are some obvious links between militarism and the climate crisis. The almost unimaginable amount of money spent on military budgets and wars could instead be spent on the urgent task of building renewable energy infrastructure. Part of this vast river of money now wasted, or worse than wasted on militarism, could provide universal primary health care to all the world’s peoples. Together with this care, women could be given the materials and information needed for family planning, thus helping to stabilize the global population of humans. Exploding populations are one of the causes of both the climate crisis and wars. Furthermore, wars are enormously environmentally destructive. Besides involving enormous fossil fuel consumption, wars do direct damage to the environment. We all remember the deforestation produced by the use of agent orange in the Vietnam War, and the oil spills that resulted from wars in the Middle East.

Wars and climate change are linked to the global refugee crisis, and the refugee crisis is in turn linked to swings to the right in politics, and the growth of neo-fascism. In Europe, Hungary, which is experiencing a flood of refugees from wars in the Middle East, now has a highly authoritarian government. The growth of neo-fascist far-right parties throughout Europe is due to the refugee crisis. In the United States, the far-right, neo-fascist, racist, anti-immigrant government of Donald Trump was voted into power by people who feared that their jobs would be taken by migrants. Something similar can be said about Brexit.

Many of the serious threats that the world faces today are linked to excessive economic inequality. For example, both climate change and militarism are linked to the greed of corporations, whose disproportionate power derives from their extreme wealth. The loss of democratic institutions is also linked to excessive economic inequality. As Professor Noam Chomsky has pointed out, the laws of corporations do not allow their CEO’s to have either an ecological conscience or a social conscience. Their only duty is to maximize the profits of the stockholders. If they do not do this, then, by law, they must be replaced. We can remember that Mussolini defined fascism as “corporatism”.

In the United States, the popular Democratic presidential candidate, Bernie Sanders, has strongly criticized excessive economic inequality and corporate power had he has proposed a wealth tax. It is interesting that Bernie Sanders says that he is a democratic socialist. When asked to explain exactly what he means by that, he says that he believes that the United States would benefit from the type of social and economic system that we can observe today in the Scandinavian countries.

In Denmark, for example, high progressive income taxes have very much reduced economic inequality, so that poverty has been virtually eliminated. These high taxes are used to provide free health care and free education, including free university education for those who qualify. These reforms are what Sanders advocates for the United States. In Denmark, and other Scandinavian countries, corporations and the free market still exist, but they are strongly regulated. It is interesting to notice that the Scandinavian countries are leaders in renewable energy programs and in the reduction of greenhouse gas emissions.

In conclusion, let me say that many of the serious dangers that we face today can be addressed by reforming our economic systems. Greed-sanctioning and growth-worshipping economics, the economics that has led to intolerable economic inequality, must be replaced by steady-state economics, and with the reforms that we can observe in present-day Scandinavia.

Other books and articles about global problems are on these links

I hope that you will circulate the links in this article to friends and contacts who might be interested.