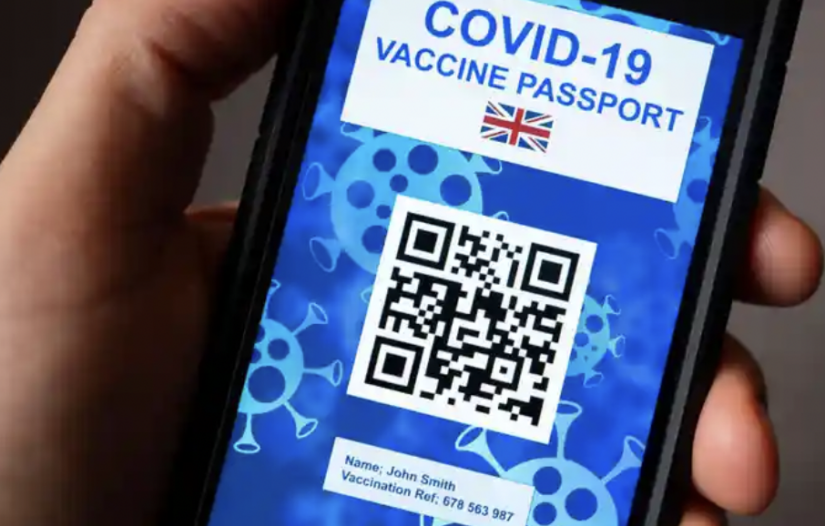 Could a QR code open up the world? That is the question in Estonia as it takes a lead in global efforts to develop digital vaccine passports. France24 reports that a small, tech-savvy Baltic EU member state is working on a pilot project with the World Health Organization on how globally recognised electronic vaccine certificates might work.

This is dangerous territory when it comes to privacy and especially so when considering state surveillance of citizens.

Marten Kaevats, an adviser to the Estonian government on technology, said the primary issue for the project so far is to ensure that anyone checking the certificate can “trust the source.” The trouble with tech companies and governments in particulate – no one really trusts them.

In theory, the argument against vaccines passports as a way to restart the economy is plausible – until considering what private technology companies do with the data (who they sell it to or exploit it) or what government mission creep involves.

There are now many digital vaccine passport initiatives cropping up globally that are raising urgent questions about privacy and human rights.

The WHO is also moving cautiously and for the moment does not recommend vaccination passports for travel as it does not see them as a sufficient guarantee of protection from transmission.

Nevertheless, digital vaccine certificates are an attractive prospect, particularly for pandemic-hit businesses such as airlines, hospitality and so on.

The agreement between the WHO and Estonia is to explore the possibility of a “smart yellow card” – a digital version of an existing paper system to prove yellow fever vaccination.

Kaevats, who also advises the WHO on digital health issues, said it would be “impossible” to create a global digital ID in the coming months and that a mix of paper and electronic certificates was more likely.

He said the main focus at the moment was on elaborating global standards to develop “a single common solution for checking the existence of healthcare providers”.

The company is also working with Iceland, Hungary and Lithuania, as well as with AstraZeneca, the pharmaceutical giant producing one of the coronavirus vaccines.

The link between a vaccine passport and a pharmaceutical manufacturer that produces much of the world’s vaccines against Covid is one that should at the very least raise eyebrows.

As you might expect, Aaviksoo dismissed privacy concerns for the VaccineGuard system, pointing to the company’s use of blockchain to ensure data protection.

Personal and health data remain in the original location and the system provides “cryptographic proof of the certificate and its issuance process and the authenticity of the vaccine,” he said.

In response to similar concerns, the WHO-Estonia project is guided by the principles that people should be allowed to delete the data and tech companies should not be allowed to profit from the data that they handle.

But many are still worried about their implementation.

We should not forget that in Britain, the Home Office is actively exploring legal and technical mechanisms to break end-to-end encryption messaging services – effectively the end game for privacy.

Ana Beduschi, an associate professor of law at the University of Exeter in Britain, said the introduction of vaccine passports “poses essential questions for the protection of data privacy and human rights”.

“These passports build on sensitive personal health information to create a new distinction between individuals based on their health status,” she said.

This differentiation “can then be used to determine the degree of freedoms and rights they may enjoy“.

Before digital vaccine passports are rolled out more widely, Beduschi said policymakers should ensure vaccines are universally available and explore alternatives for people who cannot be vaccinated such as pregnant women.