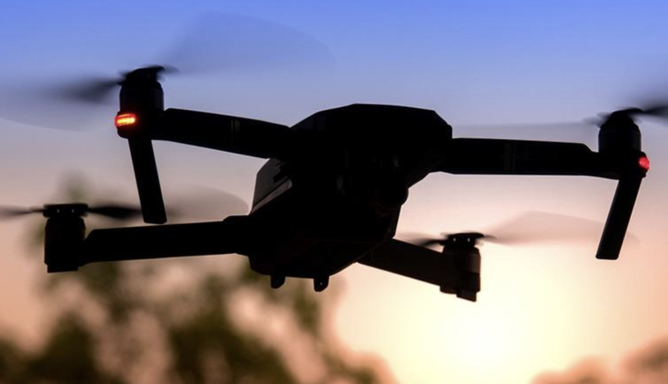 A new report published by Drone Wars UK investigates the increasing use of military-style drones by governments to patrol state borders. The study, which examines the use of drones at the borders of the UK, EU, US, Russia, China, Australia and elsewhere, concludes that drones are contributing to the militarisation of everyday borders as part of an integrated set of security technologies – including satellites, sensors and smart walls – which pose significant challenges to personal privacy and civil liberties.

The report – Crossing A Line: The Use of Drones to Control Borders‘ explores the ethical questions and risks that the use of drones for border and wider public surveillance raises. The United Kingdom is now at the beginning of a journey that would see drones used regularly across the country for surveillance of the general public, and not just above the English Channel.

The report also argues that the highly publicised operation to use Watchkeeper military drones to watch for refugees crossing the Channel has little practical value but serves to help familiarise the public with the use of drones in the domestic context. Despite an intense media campaign by the government trumpeting ‘Operation Devran’ (the use of military aircraft to monitor irregular migration over the Channel), the DWUK report shows that drones had little impact and played a minimal role in support to the UK Border Force. The drones flew on average only once every other day in their first month of operation, with their use dropping to a total flight time of less than twenty-four hours in the second month.  Due to safety issues, they were only permitted to fly in certain areas covered by temporary airspace restrictions, and could only fly in suitable weather conditions.

As academics Rey Koslowski and Marcus Schulzke point out, “it is often important to politicians to demonstrate to voters that they are doing something to control immigration,” and such actions to stop border crossings “are highly visible and make for wonderful ‘symbolic politics’.”  This approach has long shaped border control policy, and the use of Watchkeeper over the Channel is a classic case, while at the same time providing a pretext to commence drone surveillance on the home front.

A critical point raised by that study is how ‘border’ security has now come to mean much more than security around the actual border. Government agencies have sweeping powers to enforce ‘border’ security across the whole nation in terms of tackling border crime, identifying irregular migrants, and imposing security requirements upon travellers and goods crossing borders. Drones are enabling ‘upstream’ surveillance which allows a state to monitor and intervene in developments both inside and outside the country, far from its immediate border, for example by assessing migration patterns, observing events in neighbouring nations, or asserting control over remote seas.  In the US, Predator drones operated by the Bureau of Customs and Border Protection Agency have been used to spy on Black Lives Matter demonstrations many miles from the border itself.

That the ways in which governments are using drones at national borders are a challenge to human rights should come as no surprise.  Illiberal right-wing and nationalist politicians around the world have made border security and immigration central to their campaigns and policy agendas.  According to their narrative national borders must be vigorously defended to prevent the entry of undeserving outsiders who will claim advantages to which they should not be entitled. Drones, as an intrinsically oppressive technology developed by the military to control and intimidate populations, are a perfect tool for enforcing such views.

The UK’s drones are now finding their way back to the home front. They are being deployed first against minorities such as refugees fleeing conflict and oppression but will eventually be used to spy on us all.

‘Crossing A Line’ highlights the following as particular risks resulting from the use of drones in border areas:

The report concludes that the use of drones for border control is a symptom of viewing borders predominantly in terms of ‘security’ and perceiving people crossing borders as a security threat, with negative implications for the rights of individuals.  The use of drones and advanced combat-derived technology for border control operations is part of a security paradigm where border control operations are heavily influenced by the military and driven by ‘national security’ considerations rather than human needs.

Drone technology is no longer just being used for surveillance and control overseas.  Having evolved in battles and military occupations in the Middle East, the UK’s drones are now finding their way back to the home front. They are being deployed first against minorities such as refugees fleeing conflict and oppression but unless we act now, will eventually be used to spy on us all.

The UK is developing the technology to build armed autonomous drones