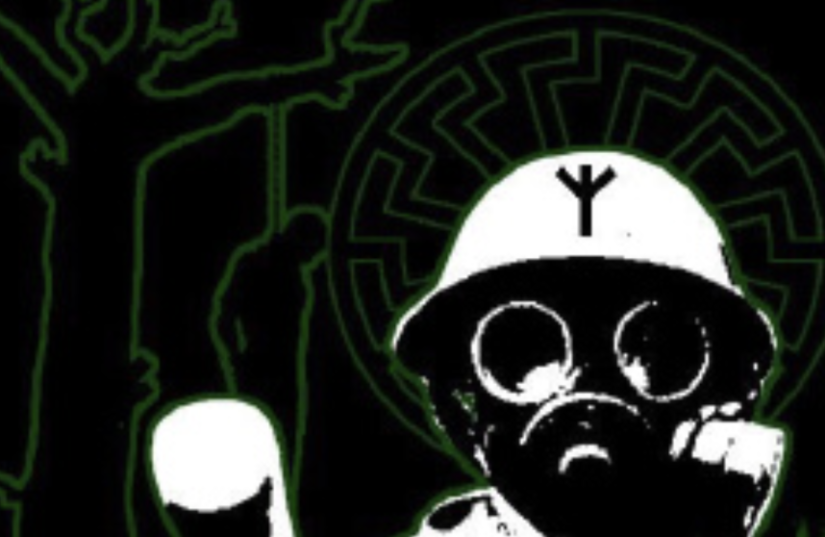 ‘Humans are the disease, and coronavirus is the cure!’

‘Nature is returning to the world now that the people are gone!’

‘Earth is healing herself!’

Since coronavirus hit Europe, ideas about this destructive pandemic, which has killed thousands, as the ‘cure’ for environmental damage have been circulating. On stickers, on Instagram graphics and viral Tweets, across the internet, people are trying to ‘look on the bright side’ of Covid-19 by claiming that if the human population were to drop or people were to stop consuming, that would solve global warming, right?

It’s not right. It’s dangerously wrong, and it’s not new.

We’ve written about the myth of overpopulation before; the idea that environmental crises are a matter of simple numbers, and that if the population were smaller, the climate crisis would go away. Organisations like Population Matters have for decades argued that the reason that the planet’s resources are being mercilessly pillaged to the point of global crisis is simply because there are “too many mouths to feed.” This idea simply is not true.

The myth of overpopulation imagines a world where everyone consumes the same and creates the same emissions and pollution. But that just isn’t the world we live in. The carbon emissions of just one of the world’s richest 1% of people is equivalent to 175 of the poorest. 50% of the world’s emissions are coming from just 10% of the people. This isn’t about population – it’s about greed. Shrinking the population wouldn’t solve the problem. If you took out the emissions produced by the poorest half of the world’s population – 3.5 billion people – global emissions would only drop by 10%. But it suits the rich to blame the poor, instead of taking a genuinely critical look at the economic system we’ve created that puts profit above everything.

The ‘acceptable losses’ of the population argument

Whenever we talk about populations shrinking, we have to understand that it’s almost always the same people whose deaths are framed, implicitly or explicitly, as ‘acceptable.’ In the current pandemic, who is most affected? Elderly and disabled people worldwide are at higher risk of serious or fatal infection, but they aren’t the only marginalised groups facing an increased risk. As more countries put social distancing policies in place, we’re seeing how big of a role economic inequality and marginalisation plays in increasing risk. It’s difficult to self-isolate when you don’t have a home, when you can’t afford to eat, or when your home is a dangerous and violent place. That’s why poor and marginalised people are vastly more at risk, whether it’s because of direct infection, because they can’t access or afford lifesaving care, or because self-isolation puts them at risk of starvation, suicide or murder. The vast majority of deaths due to the Covid-19 epidemic will not be wealthy, able-bodied, straight, white, citizens of the global north and the same could be said of almost any major loss of population. The poor, marginalised and dispossessed are always the people who are hit first and worst in a crisis. And when most of the world’s population is in the global south, another, more racialised reality of the myth of overpopulation comes into focus.

Ultimately, an argument for ‘countering overpopulation’ is always in real terms an argument that the lives of marginalised people are less valuable than the convenience of the dominant minority. That’s what the environmental argument for population control is. At best, it means believing that millions of deaths, mostly among the poor, disabled, and communities of colour, are an acceptable price to pay so that we don’t have to take a difficult and critical look at the systems we take for granted. At worst, it can mean believing that those deaths are not only necessary but desirable, framing poor, disabled and marginalised people as parasitic, wasteful and inhuman.

Ecofascism and the co-opting of the climate movement

Ecofascism is a growing movement in the far-right as the climate crisis becomes harder to ignore. It’s the use of environmentalist language to bolster far-right talking points. And it often begins with the idea of overpopulation. The connections between the climate movement and ecofascism aren’t coincidental. Openly fascist groups have made a concerted effort to guide people into the far-right by co-opting messaging, media and ideas that appeal to the growing and active climate movement.

One tactic we’ve seen more than once in the past year is the use of the open-source Extinction Rebellion branding to repackage explicitly racist and anti-immigrant sentiments. Last year, we saw stickers using XR branding across the UK bearing messages like “THIRD WORLD OVERBREEDING DESTROYS THE PLANET” and “SAVE THE ENVIRONMENT, STOP IMMIGRATION” put up by far-right online group the Hundred-Handers. More recently, a fake account in the name of XR East Midlands posted stickers saying “CORONA IS THE CURE, HUMANS ARE THE DISEASE.” These kinds of message hacking by far-right groups are a win-win for them – if you agree with them, they encourage you to continue blaming the climate crisis on immigration and population growth; if you are disgusted by them, they help discredit the environmental movement.

If there’s one thing we should learn from the current pandemic, it isn’t that humanity is the disease – it’s that community resilience is the cure

But it would be short-sighted to assume that the only way ecofascism gets into the climate movement is by external groups co-opting their message. We know it isn’t a matter of us and them because many of us have heard members of groups and networks we trust and believe in express the belief that climate change is a problem of overpopulation. Some of us, at some point, may have believed those things too. And while some of us have examined the problem and stepped back from these toxic ideas, others have stepped further into the rabbit hole of depopulation, blaming the “third world”, whipping up fears of mass immigration, and ultimately, starting to believe that some lives are worth less, and are worth sacrificing to protect our way of life.

This is why it’s absolutely vital that we don’t let climate action be “depoliticised” by ignoring the rest of the world. We need to talk about climate justice, economic justice, and what it is about the current system that centralises resources and wealth among a few hundred thousand people while billions starve. We need to talk about the political and economic systems that cause the climate crisis, and we need to keep talking about them. If we ignore the political reality of climate change, these simple but false ideas about population, immigration and race will keep creeping into the movement.

Humanity is the cure

The recent frequency of these toxic ideas is to some extent understandable. We’re living in a terrifying time, where both the climate crisis and the coronavirus pandemic have many feeling like there’s no hope. It’s natural that we’ll look for the positive, and the false idea that depopulation will save the world is very alluring. Unfortunately, it’s also deeply harmful and won’t help anyone except the reactionary right. But that doesn’t mean that we can’t build something good in the wake of this global tragedy. If there’s one thing we should learn from the current pandemic, it isn’t that humanity is the disease – it’s that community resilience is the cure. We have the power we need to change the current course of the climate crisis.

Around the world, people are building community solidarity and support systems, as well as organising to hold corporations and governments to account when their greed endangers the wellbeing of society. We are learning that community, health and social care are vital, whereas corporate profiteering and exploitative work practises can be done away with. When we come out the other side of this crisis, we must work to continue applying these lessons to resist the response of ‘business as usual’.

Whether it’s companies like Gilead keeping a potential treatment for coronavirus at a high price point, Sports Direct putting thousands at risk of infection in the name of protecting the bottom line, or big fossil fuel companies continuing to pump greenhouse gases into the environment as whole countries burn, this crisis must be a wakeup call. A world where corporations put profit above human life can’t last. But a system built on global solidarity, community organising and mutual aid will weather the worst crises. The message we take from these difficult times shouldn’t be that it’s time to give up on humanity – it should be that we can and will change.