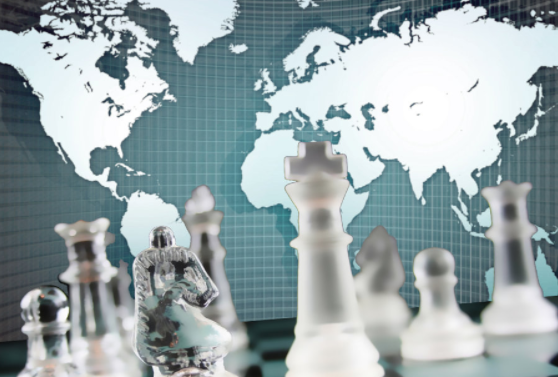 By Graham Vanbergen: In my article, “The duel between big tech and big government,” I pointed out that the world was a very different place just five years ago. People were not discussing how big data would be the number one traded commodity in the world, that artificial intelligence and automation would threaten our way of life or that a small number of transnational corporations would be potentially reshaping global politics.

We have come to believe, mistakenly, that the rules based international order and post Cold-War calm would prevail. Globalisation was the answer – humanity would collaborate and prosper in mutually beneficial trade.

Much to our dismay, the opposite is materialising. When we look back over the last one hundred years we see dramatic change every twenty years or so and right now, the world is in the middle of its next great change.

One hundred years ago this March, the First World War was raging in Europe. Germany had realised that their only remaining chance of victory was to defeat the Allies in the ‘Spring Offensive.’ By August over one million American troops joined the counter-offensive and by November the German empire had collapsed. The world declared ‘never again.’ Yet twenty years later in 1938, Europe was on the cusp of being torn apart once again in the bloodiest fight humanity had ever witnessed. Japan was to be the only nation to experience a nuclear attack by America.

Advance another twenty years to 1958, Japanese cars Datsun and Toyota went on sale in the U.S., the computer chip was invented and the first American satellite was launched from Cape Canaveral. The former was a signal of globalisation. The latter instigated profound change to how humanity would manage and reorganise itself.

The same year, the Peace symbol, now used by the Campaign for Nuclear Disarmament was created – twenty years later the world was in the midst of a terrifying Cold War that took humanity to the very brink of destruction.

In 1978, the first computer game, Space Invaders was a craze, Japanese car Imports now account for half the US import market and the first ever Cellular Mobile Phone went live. Globalisation is just about to move up a gear.

In 1998, the iMac desktop pc is launched, Google.com the domain name is registered, the European central Bank is established and Osama Bin Laden makes his first global appearance. The European Union expands with the entry of Cyprus and Czech Republic, Estonia, Hungary, Latvia, Lithuania, Poland, Romania, Slovakia and Slovenia. Globalisation is in high gear.

In 2007 America had already reached its high point for power and influence, so had the European Union and globalisation was now moving at its highest pace ever. But in 2008, the Lehman Brothers bankruptcy triggered the global financial crash; banks and systemically important institutions were bailed-out at extraordinary taxpayer cost. The illusion that central banks and governments were in control was shattered. Austerity is rolled out as the new financial ideology of the West.

The events of the above lead us to where we are today – half way through radically changing times.

In 2018, the core weakness of the EU is now exposed for all to see. The two former communist bloc countries of Poland and Hungary face the risk of becoming the EU’s first rogue states. Nationalist parties have caused power shifts in half of its member states – mostly those who joined 20 years earlier. Regionalism, anti-immigration, euro- scepticism and anti-globalisation are the driving forces of an ever growing angry and disgruntled electorate. Youth unemployment and inequality are set to divide the generations. The recent Italian elections embody all of the above.

Russia has emerged not as the superpower it once was but as a regional power player with renewed global ambitions and an invigorated confidence to protect its interests beyond its own borders.

China, an economy built on exports and modern economic reform, woos the West and then unexpectedly hands over dictatorial powers to it leader Xi Jinping, effectively resorting back to its historical dynastic past.

In 2018, the USA seems to be accepting that it is unable to manage the power it had acquired over previous generations. Its influence is waning; the impending power vacuum it will create will be a dangerous time.

At this moment in time the world in the midst of huge change defined by the dysfunction of an economic policy that imploded ten years ago. This moment has already recorded the slowest post-recession growth ever – including that of the Great Depression, yet it is a period that is also defined by rampant inequality. Domestic political tension has moved the relative calm of social democracy just a decade ago towards social division and the emergence of hard right politics and extremism.

Just as the fight for global resources, technical supremacy and political power continues with many geo-political ploys and pitfalls ahead, the fight for domestic control is yet to play out. One thing we can all be sure of, 2028 is going to be a radically different era to the one we have all known.