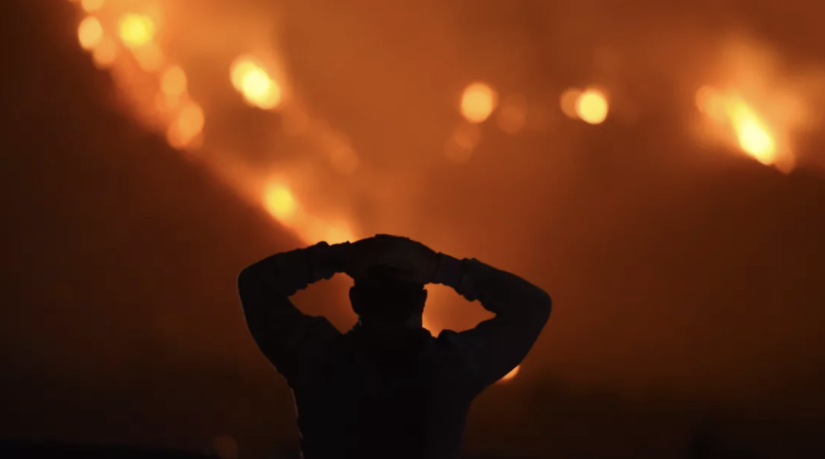 By Danny Halpin: Having our own media allows us to tell the stories that the millionaire press barons don’t want to engage with and it gives us a space to debate and explore issues without the toxic influence of climate deniers.

The culture of Extinction Rebellion inspires wild ambition. It invites us to imagine a world free of climate degradation, species extinction, overbearing corporate power and mass human suffering and provides a space for people to get together and work towards that reality. In that sense, the aims are radically simple. To some, they are noble but unrealistic and to others, they are a breath of wind in a lightless cave.

A look at the contact page on the XR website will show you the variety of different working groups within the movement. When new rebels arrive, they join whichever group matches their skills and interests and if no working group exists to match their skills or their ideas for helping the movement then they can simply create their own. Before the October Rebellion for example, the now-coordinator of Rebel Radio thought of establishing a station to disseminate news and information and motivate the rebels camping on London’s rain-soaked streets with inspiring stories. She used her contacts and her skills to assemble a team of producers and made it happen.

It is a movement where proactivity rules, made up of people who can’t bear to sit on the sidelines waiting for action. That DIY ethos runs throughout Extinction Rebellion, shaping the organisational structure of autonomous, self-empowered groups whose relationship to each other is best illustrated in this interactive diagram. In that respect, it is reminiscent of the punk ethos. Anyone can join. Anyone can be an activist, or an artist, or a journalist, or whatever they see themselves as. Nobody is going to check your CV.

Extinction Rebellion has repeatedly targeted the BBC for not telling the truth on the severity of the climate crisis, the Murdoch media in Australia tried to put the blame of the fires on the environmentalists and the Telegraph has openly called the climate catastrophe fake news.

Journalism exists to hold the powerful to account, to be a scourge to those who seek profit and power without responsibility. Unfortunately, today’s media seem incapable of supporting the kind of radical change needed to protect our civilisation, hiding instead behind a veil of objectivity, when really they are shackled by the hand that feeds them. Extinction Rebellion has repeatedly targeted the BBC for not telling the truth on the severity of the climate crisis, the Murdoch media in Australia tried to put the blame of the fires on the environmentalists and the Telegraph has openly called the climate catastrophe fake news. 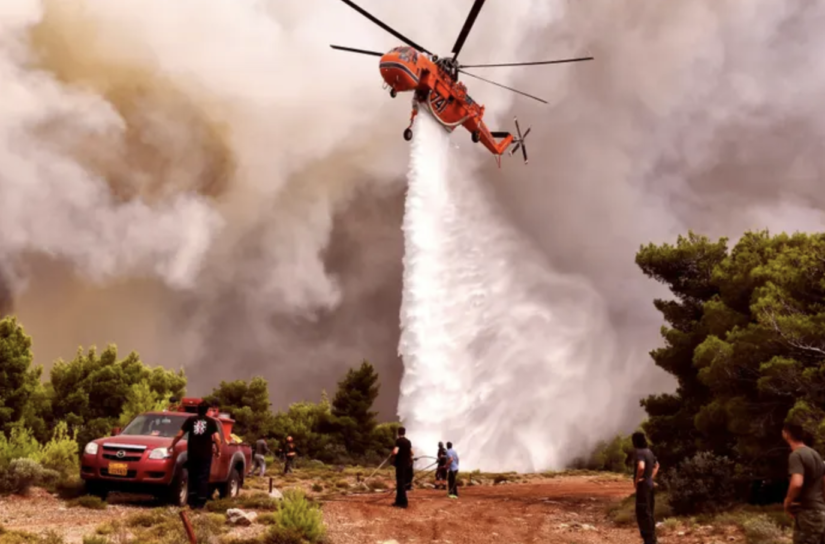 Dozens die as wildfires raged in suburbs and seaside resorts near the Greek capital, forcing residents to abandon their homes and seek refuge by the sea. More than 300 firefighters, aircraft and helicopters have been mobilised to tackle the fires, while a state of emergency was declared in western and eastern Attica

Some journalists working for these organisations may recognise the scale of the problem and want to cover it but are unable to under an editorial policy governed by the interests of their owners. Extinction Rebellion has no owners. There are no adverts in our newspaper, the Hourglass, or on Rebel Radio. All the money comes from donations or from our own shallow pockets. We don’t answer to any corporation. We can be critical of the government without them threatening to cut our funding.

Through most of last year, the Media & Messaging team worked to get the mainstream media to write about us, to hear our message and project it to the public. It worked tremendously well up to a point. More recently, the team has been on the defensive, as hostile journalists have attempted to tarnish the movement and turn the public against us by focusing on the disruption our protests caused to Londoners on their commute instead of the disruption of the collapsing ecosystem and the hundreds of thousands of people across the world who have had their lives so disrupted by worsening weather conditions that they have to lie in a coffin for the rest of eternity.

Our climate is changing and the nature of environmental reporting must change with it.

I joined Extinction Rebellion’s Media & Messaging team and began training as a journalist because of the huge gap between the reality of the climate crisis and how it was reported. Environmental journalism has always been about reporting on the natural, non-human world, on issues of pollution or on the government’s energy policy. But we’re now entering a world where natural disasters are becoming man-made. Although it is infamously difficult to link individual weather events to long-term climate change, it is clear that the frequency and intensity of storms, floods and wildfires are made possible by the rapidly warming temperature of the Earth. We have shaken the snowglobe in which we live and our species will suffer the fallout from that for thousands of years. 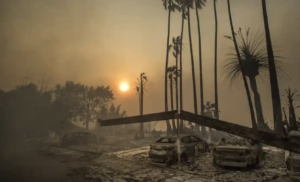 Smoke rises behind a destroyed apartment complex after the Thomas fire ripped through Ventura, California – the worst in the state’s history.

These man-made disasters, a term previously reserved for wars and industrial accidents, are affecting people much like humanitarian conflicts, turning stable populations into refugees, destroying towns and villages and decimating livelihoods for generations to come. Our climate is changing and the nature of environmental reporting must change with it. We could, therefore, learn a lot from war reporters, who have a long tradition of reporting on humanity in crisis and who risk their lives to inform the world of the suffering of people caught in a relentless cascade of violence through no fault of their own.

As war reporters aim to bring attention to the barbaric injustices of genocide and aerial bombardment so people around the world pressure their leaders into taking action, environmental reporters must attempt a similarly daunting task and tell the story of the human cost of climate change in a way that audiences can truly empathise with. The effects of climate change are not as explosive and immediate as those in war and death tolls from flooding and fires are not as high; the challenge, therefore, is to communicate the necessity of taking radical action now to prevent global tragedy in generations to come and create public empathy for people not yet born.

Danny Halpin is a reporter for Extinction Rebellion’s Rebel Radio and is studying for his MA in journalism at Birkbeck, University of London.