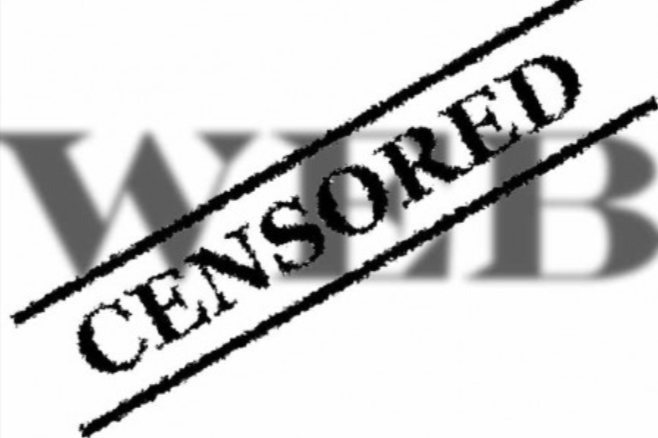 TruePublica editor: By global standards, TruePublica is small fry but our achievements have been made without a single penny/cent being spent on advertising anywhere including on social media or search engine platforms. It has been achieved by building trust with regular readers who then share its content. Last month we saw 237,000 people visit, which is fantastic. We know that our time is up though. We know we will have to shut this website down soon not just because those very platforms that boast of being ‘social’ are censoring content but because of new censorship and copyright laws that will place all organisations with an online presence, especially ones such as TruePublica, in a legal dilemma that is simply not worth the risk. It is now just a matter of time. That time is almost upon us.

The excuse for using copyright laws is just another erosion of fundamental rights online. You know that – so do we. Whatever you read in this article will apply to the UK.
Nearly 60 civil society organisations have fought to the bitter end against new copyright legislation and lost. They wrote to the EU: “The proposals in the Copyright Directive would relegate the European Union from a digital rights defender in global internet policy discussions to the leader in dismantling fundamental rights, to the detriment of internet users around the world.”
European Digital Rights (EDRi) is an association of civil and human rights organisations from across Europe. Joe McNamee, Executive Director of EDRi wrote: “The censorship filter proposal would apply to all online platforms hosting any type of user-uploaded content such as YouTube, WordPress, Twitter, Facebook, Dropbox, Pinterest or Wikipedia. It would violate the right to freedom of expression set out in the Charter of Fundamental Rights; provoke such legal uncertainty that online services would have no other option than to monitor, filter and block EU citizens’ communications; and includes obligations on internet companies that would be impossible to respect without imposing excessive restrictions on citizens’ fundamental rights.”


OpenRightsGroup says that “The EU’s draft Directive on Copyright is a massive problem. It is an attempt by the EU to reform copyright legislation – in practice, it effectively involves a huge ‘censorship machine’ which would filter all uploads from people in the EU to determine if they are infringing on copyright.” ORG Continues:

“It would be the largest internet filter Europe has ever seen – reading every single piece of text uploaded to the internet, and watching every video. An algorithm will decide whether what you want to post will be seen or not.”

In practice, the vague wording of the draft Directive would make a huge number of online platforms uncertain about whether or not they are breaking the law. This means that many platforms are likely to err on the side of aggressive filtering rather than getting embroiled in long and extremely expensive legal battles.

Not all user-generated content sites are Google/Youtube. Many fringe culture sites, like LGBTQ+ dating apps are smaller operations that would sooner limit their users’ activities rather than risk being taken to court. Wouldn’t this homogenise the rich cultural landscape that we benefit from in the EU? Surely, in this age of fierce fighting for gender equality, we shouldn’t be allowing new laws that unfairly restrict the activities of minority groups.

Sites wishing to stay active and comply with these new regulations, could face the crippling costs of implementing the new measures, such as the cost of scanning and identifying all images or songs uploaded (very expensive content identification technology) and getting permission from the owners to host and give access to all the content. It seems to be a lose-lose scenario for sites that have enabled people all over the world to communicate and share content on this unprecedented scale.

The current system regulating copyright infringement online is a negligence-based liability regime. This means, so long as platforms take action when notified of illegal content, they can’t be held liable for it. This ‘notice and takedown’ system places the responsibility of tackling infringement on rights owners and leaves platforms open for users to communicate in a free and uninhibited way. Article 13 would flip that system and place the burden of monitoring user-uploads on the platforms. Social media sites, video sharing sites and even dating sites would be liable for any unlicensed uploads on their servers.

But what prompted this new directive? The major music corporations are upset because Youtube is the biggest streaming site, but the revenue from Youtube is significantly less than other streaming services like Spotify. The trouble is, their arguments never acknowledge that Youtube isn’t just a place for streaming music, it’s a platform where you can learn pretty much any skill. Plus, Youtube provides added value to musicians by having the biggest audience (by far) and by being a video platform. Why should Youtube pay the same as Spotify when it has that extra all-important feature?

I would certainly argue that current digital content ecosystems are flawed, BUT this new directive is a totally barbaric solution.

The changes pushed for by the music industry would have much broader and far more severe implications than the damages they allegedly suffer currently. Article 13 applies to ALL types of content that people upload on the internet; this means from the industry-leading content creators – the award winners, to all the empowered user-creators who create and remix in their spare time.

ALL types of content also means anything protected by copyright i.e. photos, videos, podcasts, software code, articles, music recordings and so on. Everything.

Making a mental list of the sites that host any one of these types of content as uploaded by users is like trying to list all 50 states in the United States; it takes ages and you never finish because there are always some you can’t think of, but that you know exist. Innocent bystanders like Wikipedia hosting text and images could be subjected to these new rules. Wikipedia is a not-for-profit, how can it be fair to impose these heavy burdens onto the world’s first free online information repository?

In practice, this new directive could also affect what we choose to say online. Exceptions to copyright that allow us to make limited uses of works without permission exist for our benefit. They include research, private study, commentary, criticism, education, parody and more. Article 13 would obscure these exceptions, which stem from fundamental rights like the right to education and freedom of expression. Sound good for democracy? The fact is, an automated content filter can’t tell the difference between someone uploading for review and someone just uploading. By placing the burden of policing content on platforms, we would see them tighten their belts and over-compensate by blocking legitimate content, to protect themselves from lawsuits.

The killer is, all these risks and dangers come from a set of laws lobbied for by music honchos who mainly have it in for Youtube. But Youtube is already complying – it already has licenses with rights owners, Content ID technology in place, and usage data reports for creators. So… will the reforms even affect their newfound nemesis? It seems as though they’re pushing forward, crossing their fingers and toes in the hopes of getting a bigger slice of the Youtube pie, without giving a second thought to the collateral damage.”