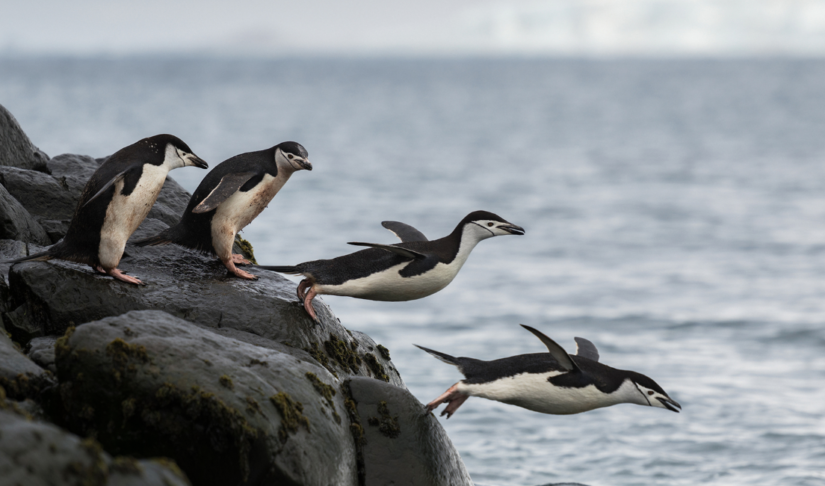 In a warming ocean, some species will swim, others sink. But all agree: the poles attract marine life without exception.

It’s the same the whole world over: everywhere in the oceans of this warming planet, the poles attract marine life.

Molluscs are on the move, haddock are feeling the heat, and penguins are shifting further south. Nautilus are heading north, and plankton are edging towards both poles.

New analysis of marine species has confirmed what commercial fishermen already know to their cost: that as the oceans warm, the sea’s citizens shift their grounds.

Researchers report in the journal Current Biology that they surveyed the evidence assembled in 540 records of 304 widely distributed marine animals over the last century, to find that all of them are shifting their range: away from the equatorial waters, and in both hemispheres nearer to the poles.

In the past century, overall, the world’s oceans have warmed by around 1°C. By 2050, the rise may reach 1.5°C, and all the evidence so far suggests fish and shellfish, along with the microbial creatures at the bottom of the food chain and the marine mammals and seabirds that prey on them all, will have shifted their latitudinal range.

The greatest abundance of any species, the researchers found, was likely to be at the poleward edge of the preferred range, and the sparsest nearest to the tropical waters.

“The main surprise is how pervasive the effects were. We found the same trend across all groups of marine life we looked at, from plankton to marine invertebrates, and from fish to seabirds,” said Martin Genner, an evolutionary ecologist at the University of Bristol in the UK.

“This matters because it means that climate change is not only leading abundance changes, but intrinsically affecting the performance of species locally. We see species such as the Emperor penguin becoming less abundant as the water becomes too warm at their equatorward edge, and we see some fish such as the European sea bass thriving at their poleward edge, where historically they were uncommon.”

Fish and many marine animals have a preferred range of temperatures, and even seemingly imperceptible shifts can have unpredictable effects. Both individual research and commercial catch data have confirmed a series of shifts in response to global heating.

Tropical fish are shifting away from the hottest waters, North Sea catches are more likely to be found in north Atlantic waters, and some Mediterranean species have now shifted to the waters of Western Europe.

The latest research suggests that whole ecosystems may be on the move, and with them Atlantic herring and Adelie penguins, loggerhead turtles and phytoplankton.

“Some marine species appear to benefit from climate change, particularly some populations at the poleward limits that are now able to thrive,” said Louise Rutterford, another of the research team at Bristol.

“Meanwhile, some marine life suffers as it is not able to adapt fast enough to survive warming, and this is most noticeable in populations nearer the equator.

“This is concerning, as both increasing and decreasing abundances may have harmful knock-on effects for the wider ecosystem.”