The Nuclear War You Didn’t Know About 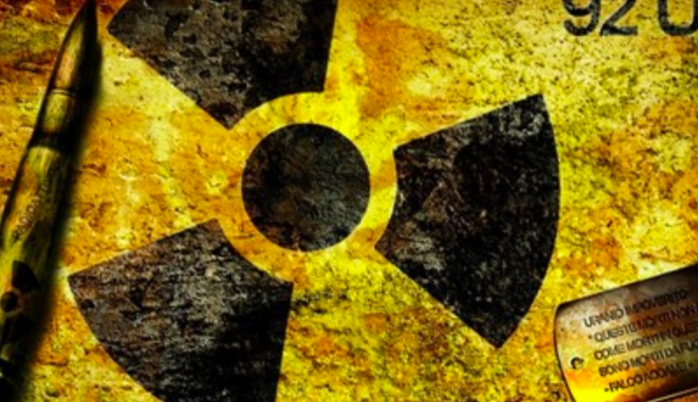 By TruePublica: This article first appeared on 7th August 2015 – Since this article was published, the stockpiling and distribution of nuclear weapons around the world has significantly worsened. The United States maintains an arsenal of about 1,650 active, ready to fire strategic nuclear warheads deployed on Intercontinental Ballistic Missiles (ICBMs), Submarine-Launched Ballistic Missiles (SLBMs), and Strategic Bombers and some 180 tactical nuclear weapons at bomber bases in five European countries.

The Congressional Budget Office (CBO) published a major report in October 2017 that estimates the nuclear weapons spending plans President Donald Trump inherited from his predecessor will cost taxpayers $1.2 trillion between fiscal years 2017 and 2046. According to a projection by the Arms Control Association, America will, in fact, spend closer to $1.7 trillion.

The Trump administration, as outlined in its Nuclear Posture Review (NPR) released on Feb. 2, 2018, intends to continue the modernization plan laid out by the Obama administration, and also develop several new nuclear weapons capabilities that will add to the price tag for nuclear forces

In response, other nuclear-armed states, notably Russia and China, are upgrading their arsenals and have tested, produced, and deployed more brand new systems than the United States over the past few years.

In the meantime, nuclear weapons are currently in use in the battlefield, which goes unreported.

A thermonuclear weapon weighing little more than 2,400 pounds (1,100 kg) can produce an explosive force comparable to the detonation of more than 1.2 million tons of TNT.‪ A nuclear device no larger than traditional bombs can devastate an entire city by blast, fire, and radiation. Nuclear weapons are considered weapons of mass destruction, and their use and control has been a major focus of international relations policy since their debut.

The Treaty on the Non-Proliferation of Nuclear Weapons, commonly known as the Non-Proliferation Treaty or NPT, is an international treaty whose objective is to prevent the spread of nuclear weapons and weapons technology, to promote cooperation in the peaceful uses of nuclear energy, and to further the goal of achieving nuclear disarmament and general and complete disarmament.

Five states have signed up to NPT, the US, UK, Russia, France and China. Between them, they have declared 22,000 nuclear weapons in stock. These five Nuclear Weapons States (NWS) have made undertakings not to use their nuclear weapons against a non-NWS party except in response to a nuclear attack. India, Pakistan and N.Korea have also declared stocks of nuclear weapons. Israel is widely known to have nuclear weapons but does not declare it and has therefore not signed up to the NPT treaty.

As of 2009, only the US is known to have provided nuclear weapons for sharing. Germany, Belgium, Netherlands, Italy and Turkey are still hosting U.S. nuclear weapons as part of NATO’s nuclear sharing policy. Canada and Greece withdrew and no longer participate.

However, the USA sticks to the old policy that goes back to 1945 – to monopolise the right to use nuclear weapons by making their non-proliferation part of international law in combination with new restrictive measures against others.

In his book Towards a World War III Scenario: The Dangers of Nuclear War Michel Chossudovsky tells us about the interconnection between the Pentagon and US corporations. The book says the US Congress okay’d the use of tactical nuclear weapons in non-conventional wars in 2003. According to congressmen, it was quite “safe for civilians”.

In intensive warfare conditions, up-to-date tactical nuclear weapons can create an illusion of their absence on the battlefield when used together with conventional weapons. For instance, according to Russian military experts, nuclear munitions of a new generation were used in Lebanon in 2006 during the operation against the Hezbollah.  The soil samples taken from craters had traces of enriched uranium. At the same time, there was no gamma radiation and isotope of caesium 137 resulting from radioactive decay. The radiation level was high inside the craters but went down approximately by half at the distance of just a few meters away.

According to U.S. military sources, the first detonation of a nuclear weapon against another country since 1945 took place approximately 11 miles east of Basra, Iraq sometime between February 2 and February 5, 1991.

By then, Iraq’s former capitol had been declared a “free fire on zone” – open to carpet-bombing by high-flying formations of eight-engine B-52s. “Basra is a military town in the true sense,” military spokesman General Richard Neal told the press. “The infrastructure, military infrastructure, is closely interwoven within the city of Basra itself.”

Though the soon-to-be fired General Neal claimed there were no civilians left in Basra, the city was actually sheltering some 800,000 terrified residents. In direct violation of Article 51 of the Geneva Protocols, which prohibits area bombing, the B-52s commenced saturation grid-bombing of the city. Mixing fuel-air bombs with shrapnel-spraying cluster bombs, the bombers levelled entire city blocks, the Los Angeles Times reported, leaving “bomb craters the size of football fields, and an untold number of casualties.” [Washington Post Feb 2/91; Los Angeles Times Feb 5/91]

With the city of Basra resounding to gigantic explosions and engulfed in “a hellish nighttime of fires and smoke so dense that witnesses say the sun hasn’t been clearly visible for several days at a time,” a 5-kiloton GB-400 nuclear bomb exploding 11 miles away under the desert attracted no notice.

Under the cover of massive Depleted Uranium tipped bombs that raised dirty mushroom clouds in thunderous explosions that rained radioactive dust over Jalalabad and nearby villages, the first nuclear bombs dropped since Basra in 1991 were detonated by American forces in Afghanistan beginning in March 2002.

Before their field tests were concluded, United States forces would explode four 5-kiloton GBU-400 nuclear bombs in Tora Bora and other mountainous regions of Afghanistan and was so powerful that it actually created an earthquake there.

The use of such lethal weapons by US military, which is a gross violation of the Geneva Convention, has been sanctioned by both US presidents Bush and Obama; thus they should be prosecuted for war crimes, as it is nothing less than a nuclear war.

The classification of DU munitions as weapons of indiscriminate effect is defined in the 1st Protocal additional to the Geneva Conventions. Their use is a war crime.

The US military contends that “mini-nukes” are “humanitarian bombs” which minimize “collateral damage”. According to scientific opinion on contract to the Pentagon, they are “harmless to the surrounding civilian population because the explosion is underground.”

The B61-11 is a bon fide thermonuclear bomb, a Weapon of Mass Destruction (WMD) in the real sense of the word.

Military documents distinguish between the Nuclear Earth Penetrator (NEP) and the “mini-nuke”, which are nuclear weapons with a yield of less than 10 kilotons (two-thirds of a Hiroshima bomb). The NEP can have a yield of up to a 1000 kilotons, or seventy times a Hiroshima bomb.

This distinction between mini-nukes and the NEP is in many regards misleading. In practice, there is no dividing line. We are broadly dealing with the same type of weaponry: the B61-11 has several “available yields”, ranging from “low yields” of less than one kiloton, to mid-range, and up to the 1000-kiloton bomb.

In all cases, the radioactive fallout is devastating. Moreover, the B61 series of thermonuclear weapons includes several models with distinct specifications: the B61-11, the B61-3, B61- 4, B61-7 and B61-10. Each of these bombs has several “available yields”.

The latest in the series, the B61-12 is classed by many as the most dangerous nuclear weapon ever due to it being the first guided missile with dial-in yields making proliferation a real threat.

What is contemplated for the theatre of war use is the “low yield” 10 kt bomb, two-thirds of a Hiroshima bomb. What allows it to happen is the disinformation and propaganda issued that these weapons are somehow not really nuclear weapons – they are.

Depleted uranium has a half-life of 4.5 billion years and has thus earned the title “The silent killer that will never stop killing”.

These weapons are called ‘micro-nukes’ as if somehow that makes it better or legal. We know that tactical nuclear weapons or mini-nukes are part of the US-NATO arsenal and that they were cleared for use in the conventional war theatre by the US Senate in 2002. Rather bizarrely, these weapons can be used without the approval of the Commander in Chief.

As prof. Chossudovsky from Global Research asserts “the “evidence” of a nuclear attack against Yemen (see video) remains unconfirmed, the use of mini-nukes against countries in the Middle East has been on the Pentagon’s drawing board for almost 20 years. In 1996 under the Clinton administration, the B61-11 tactical nuclear weapon was slated to be used by the US in an attack against Libya.”

Nuclear weapons will now proliferate as a direct result of American use. It is known that Israel enjoys the luxury of around 80 nuclear weapons, deliverable with great precision to any spot in Iran from land, air or sea. This is especially so considering it is not a signatory of the Non-Proliferation Treaty.

As the conflict in Syria rages on, concerns emerge as a result of the use of depleted uranium shells (DU) in Iraq. This from bandepleteduranium.org – 1/2/2015 – Citizens of Raqqa in Northern Syria, are concerned over the long-term impact of the growing number of strikes by Coalition forces on their city and nearby villages.

In a report to the United Nations on DU, the International Atomic Energy Agency (IAEA) warned that: “in a post-conflict environment, the presence of depleted-uranium residues further increases the anxiety of local populations”. The collective experience of communities grappling with the public health and environmental legacy of conflict, and the known or suspected presence of radioactive materials, is a contagious cocktail that can have a lasting psychological impact on the memory of people. These concerns have now spread to Syria.

It appears that Israel has used DU rounds as widely reported in Jamraya, Syria. It is just a matter of time before we find out which other country has been contaminating Syria. So awful are these weapons the international community has tried, in vain, towards an outright ban of their future use.

The collapse of Russia’s relationship with the West in the last five years has ended hopes of further progress of non-proliferation as the super-powers intend on upgrading and increasing their weapons systems and nuclear arsenals.

To recap – nuclear weapons, whether under the guise of ‘depleted uranium munitions, ‘mini-nukes, ‘bunker busters’ are quite simply nuclear weapons that leave a legacy of long-term death and destruction.

The UN used nuclear weapons in Libya HERE – The use of Depleted Uranium in Libya has been certified by a group of independent scientists.

NATO itself, refuses to cooperate with investigations of war crimes and indiscriminate use of illegal weapons systems HERE and HERE