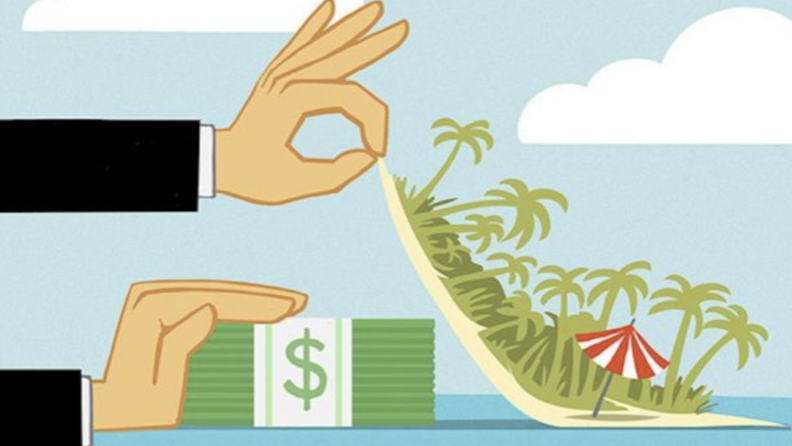 Blueprints published by the OECD last week on how it plans to tackle tax havens do not come close to the reforms needed, the Tax Justice Network has warned. Hundreds of billions in corporate tax is lost to tax havens every year under current international rules, and the costs of the worldwide COVID-19 pandemic make recapturing these an urgent priority. The OECD’s blueprints, which also lack political agreement to proceed, have drawn harsh criticism from leading economists and tax experts.

The OECD proudly boasts its disguised success – “Recognising that the negotiations have been slowed by both the COVID-19 pandemic and political differences, Inclusive Framework members said that the blueprints of the two-pillar approach released today reflect convergent views on key policy features.”

The OECD also said that the absence of a consensus-based solution could lead to a proliferation of unilateral digital services taxes and an increase in damaging tax and trade disputes, which would undermine tax certainty and investment.

And then the excuse for not putting corporations under the pressure needed to pay their fair share, just when it is needed most, comes in the form of protectionism – “Under a worst-case scenario – a global trade war triggered by unilateral digital services taxes worldwide – could reduce global GDP by more than 1% annually.”

Once again, the desperately slow tiptoe of the OECD, too frightened of its members to act, protects global corporations by providing an umbrella from bad weather, while everyone else gets soaked.

“The OECD has once again shown that it is incapable of delivering the urgent tax reforms the world needs. Countries are losing hundreds of billions in tax to tax havens ever year, and yet the OECD’s blueprints offer little more than a “tax haven lite” model where tax havens can keep the majority of profit they syphon from around the world so long as they share some of those profit with the richest of countries.”

“The ‘pillar one’ reforms are highly complex but would only reverse a few billion dollars’ worth of the global revenue losses – and almost nothing would go to lower-income countries. The ‘pillar two’ reforms would introduce a minimum corporate tax rate that is welcome in principle, but as formulated would only empower high-income countries that are the headquarters for most multinational corporations.

“The silver lining is that the OECD process has made clear that there is a global consensus for an effective minimum tax, and for a shift towards taxing multinationals based on where they employ staff, run offices and factories and sell goods and services – instead of where they park trademarks and rent mailboxes. But with the OECD demonstrating today that it cannot lead a genuinely inclusive global process to achieve these aims, countries must take progressive, unilateral actions while moving forwards together to establish a UN process to deliver the tax reforms the world urgently needs.”

The Independent Commission for the Reform of International Corporate Taxation (ICRICT) responded with its own report entitled – “The OECD has not delivered. The world needs an answer now, not further delays.” It says:

“The misplaced sense that national interest is served by protecting multinationals has prevailed over genuine, global public interest with the result that multinationals continue to dodge taxes that could help pay for public expenditure to support health, incomes and employment”

The ICRICT quite rightly stated in no uncertain terms that in the midst of a pandemic, countries cannot afford to wait. Governments should move unilaterally to introduce interim measures to ensure that profitable companies, in particular those in the tech sector, and especially those that have profited so much from the pandemic, can contribute to a just recovery.

The OECD’s website has a strapline it likes to promote – “Working with over 100 countries, the OECD is a global policy forum that promotes policies to improve the economic and social well-being of people around the world.” Take out the word ‘people’ and replace it with ‘corporations’ and a truth appears.