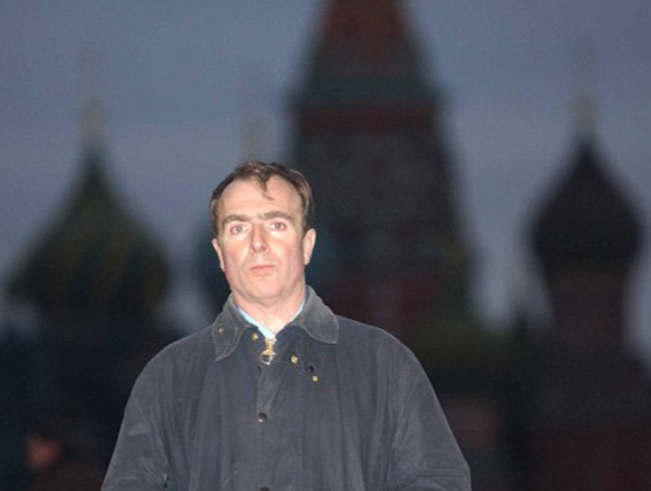 By TruePublica: Propaganda is information that is not objective and is used primarily to influence an audience and further an agenda, often by presenting facts selectively to encourage a particular synthesis or perception, or using loaded language to produce an emotional rather than a rational response to the information that is presented. In Britain, the spreading of false information via the mainstream press and national broadcast media is universally accepted on topics such as bringing down the NHS for privatisation purposes, trashing foreign so-called enemy nation states such as Iraq, Libya et al and of course the really big foe of our time – Russia.
Unlike many so-called experts and commentators on Russia, Peter Hitchins was a former foreign correspondent in Moscow and Washington and understands the tension strings of the geo-political power plays being made against it.
Peppered with obligatory obeisances to western official narratives about Nato empire-building since 1990, Peter Hitchins – the self confessed reformed Thatcherite, deconstructs official state propaganda and gives clear personal insight into the realities and truth of these power plays.
The article below was originally published in March 2015 and as you will read, nothing for the better has changed but at least you get a sense that what you are being told officially – is a deception.

Just for once, let us try this argument with an open mind, employing arithmetic and geography and going easy on the adjectives. Two great land powers face each other. One of these powers, Russia, has given up control over 700,000 square miles of valuable territory. The other, the European Union, has gained control over 400,000 of those square miles. Which of these powers is expanding?

There remain 300,000 neutral square miles between the two, mostly in Ukraine. From Moscow’s point of view, this is already a grievous, irretrievable loss. As Zbigniew Brzezinski, one of the canniest of the old Cold Warriors, wrote back in 1997, ‘Ukraine… is a geopolitical pivot because its very existence as an independent country helps to transform Russia. Without Ukraine, Russia ceases to be a Eurasian empire.’

This diminished Russia feels the spread of the EU and its armed wing, NATO, like a blow on an unhealed bruise. In February 2007, for instance, Vladimir Putin asked sulkily, “Against whom is this expansion intended?”

I have never heard a clear answer to that question. The USSR, which NATO was founded to fight, expired in August 1991. So what is Nato’s purpose now? Why does it even still exist?

There is no obvious need for an adversarial system in post-Soviet Europe. Even if Russia wanted to reconquer its lost empire, as some believe (a belief for which there is no serious evidence), it is too weak and too poor to do this. So why not invite Russia to join the great western alliances? Alas, it is obvious to everyone, but never stated, that Russia cannot ever join either NATO or the EU, for if it did so it would unbalance them both by its sheer size. There are many possible ways of dealing with this. One would be an adult recognition of the limits of human power, combined with an understanding of Russia’s repeated experience of invasions and its lack of defensible borders.

But we do not do this. Instead we have a noisy pseudo-moral crusade, which would not withstand five minutes of serious consideration. Mr Putin’s state is, beyond doubt, a sinister tyranny. But so is Recep Tayyip Erdoğan’s Turkey, which locks up far more journalists than does Russia. Turkey is an officially respectable Nato member, 40 years after seizing northern Cyprus, which it still occupies, in an almost exact precedent for Russia’s seizure of Crimea. If Putin disgusts us so much, then why are we and the USA happy to do business with Erdogan, and also to fawn upon Saudi Arabia and China?

Contrary to myth, the expansion of the EU into the former communist world has not magically brought universal peace, love and prosperity. Croatia’s economy has actually gone backwards since it joined. Corruption still exists in large parts of the EU’s new south-eastern territories, and I am not sure that the rule of law could be said to have been properly established there. So the idea that the recruitment of Ukraine to the ‘West’ will magically turn that troubled nation into a sunny paradise of freedom, probity and wealth is perhaps a little idealistic, not to say mistaken.

It is all so much clearer if we realise that this quarrel is about power and land, not virtue. In truth, much of the eastward expansion of Nato was caused by the EU’s initial unwillingness to take in backward, bankrupt and corrupt refugee states from the old Warsaw Pact. The policy could be summed up as ‘We won’t buy your tomatoes, but if it makes you happy you can shelter under our nuclear umbrella’. The promise was an empty assurance against a nonexistent threat. But an accidental arrangement hardened into a real confrontation. The less supine Russia was, the more its actions were interpreted as aggression in the West. Boris Yeltsin permitted western interests to rape his country, and did little to assert Russian power. So though he bombarded his own parliament, conducted a grisly war in Chechnya, raised corruption to Olympic levels and shamelessly rigged his own re-election, he yet remained a popular guest in western capitals and summits. Vladimir Putin’s similar sins, by contrast, provide a pretext for ostracism and historically illiterate comparisons between him and Hitler.

This is because of his increasing avowal of Russian sovereignty, and of an independent foreign policy. There have been many East-West squabbles and scrimmages, not all of them Russia’s fault. But the New Cold War really began in 2011, after Mr Putin dared to frustrate western — and Saudi — policy in Syria. George Friedman, the noted US intelligence and security expert, thinks Russia badly underestimated the level of American fury this would provoke. As Mr Friedman recently told the Moscow newspaper Kommersant, ‘It was in this situation that the United States took a look at Russia and thought about what it [Russia] wants to see happen least of all: instability in Ukraine.’

Mr Friedman (no Putin stooge) also rather engagingly agrees with Moscow that overthrow last February (2014) of Viktor Yanukovych was ‘the most blatant coup in history’. He is of course correct, as anyone unclouded by passion can see. The test of any action by your own side is to ask what you would think of it if the other side did it.

If Russia didn’t grasp how angry Washington would get over Syria, did the West realise how furiously Russia would respond to the EU Association Agreement and to the fall of Yanukovych? Perhaps not. Fearing above all the irrecoverable loss to NATO of its treasured naval station in Sevastopol, Russia reacted. After 23 years of sullenly appeasing the West, Moscow finally said ‘enough’. Since we’re all supposed to be against appeasement, shouldn’t we find this action understandable in a sovereign nation, even if we cannot actually praise it? And can anyone explain to me precisely why Britain, of all countries, should be siding with the expansion of the European Union and NATO into this dangerous and unstable part of the world?