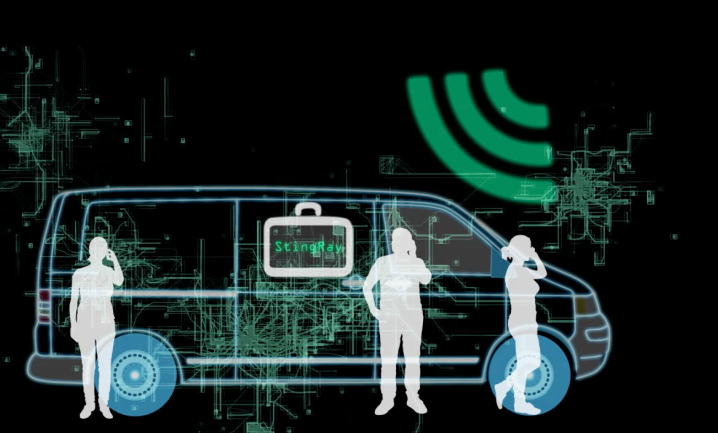 By Media Partner – The Bureau of Investigative Journalism: How Royal Bank of Scotland, British Airways, Porsche and Caterpillar employed private security firms which spied on protesters.

Last month, an investigation by the New Yorker magazine alleged that disgraced film producer Harvey Weinstein used private detectives from two different firms to spy on women he had allegedly sexually harassed or assaulted. The New Yorker claimed that a private spy posed as a women’s rights advocate to get actor Rose McGowan to talk and secretly recorded the meetings. McGowan has accused Weinstein of rape although Weinstein has “unequivocally denied” all claims of non-consensual sex.

In Britain these sorts of methods have come to be associated with the Metropolitan Police and their undercover police officers. Officers in the Special Demonstration Squad and its successors pretended to be animal rights activists and anti-capitalist demonstrators to infiltrate activist organisations such as Greenpeace.

The revelations that some of them had long relationships and even children with protestors while living under assumed identities led to the Pitchford Inquiry into undercover policing, which is ongoing. However, some police say that there are far more questions to be asked about the activities of private sector undercover operatives.

The Bureau and Guardian were given inside information which shines a light on this hidden world, when hundreds of pages of documents were leaked to us from two corporate intelligence firms. The documents cover the period 2003-11 and offer insight into how some operators in a normally subterranean industry work.

The subsequent investigation by the Guardian and the Bureau then identified five large companies which have paid corporate intelligence firms, often known as “private spies”. These firms were paid to monitor campaigning groups that challenged their businesses, the leaked documents reveal.

The monitoring, which included the use of fake activists, who infiltrated campaign groups to spy on them, intelligence gathering and obtaining internal documents, was funded by household names including the Royal Bank of Scotland, British Airways, Porsche, the utility company RWE and the manufacturing company, Caterpillar.

The targets of the monitoring spanned the grieving family of a young protester crushed to death by a bulldozer to a range of environmental campaigns, including even phone mast protesters. The leaked documents suggest that the use of secretive corporate security firms to gather intelligence about political campaigners has been widespread.

The cache of emails we obtained shows how one of the “private spy” firms, C2i International, used two infiltrators to acquire advance warning of demonstrations that were being mounted against big companies. They then fed this information back to the companies.

The infiltrators pretended to be activists sympathetic to the cause of the campaigners. They helped to run the campaigns and attended their demonstrations, including on one occasion, dressing up as a pirate with a cutlass and eyepatch as part of a protest. They often obtained the campaigners’ internal documents, including emails and accounts of meetings.

An image of Rachel Corrie, shortly before she was crushed to death in 2003 via Joe Carr

Caterpillar, one of the world’s biggest manufacturing companies, hired C2i which gathered information about a grieving family that took legal action against the firm. A contract drawn up by Caterpillar and signed by C2I instructed that its work should be kept confidential.

Rachel Corrie was a 23-year-old student who was crushed to death in 2003 by an Israeli military bulldozer as she protested against the demolition of Palestinian homes. She had been run over by a bulldozer that was said to have been manufactured and sold to the Israeli military by Caterpillar.

Her family took legal action against Caterpillar, alleging that the firm was aiding and abetting war crimes by exporting bulldozers to the Israelis for decades, knowing that they would be used to demolish Palestinian homes.

In 2007, American judges dismissed the Corries’ legal action, concluding that they did not have the jurisdiction to decide the case.

Nine days later, her mother, Cindy, spoke on a conference telephone call to around 70 members of a campaign that was supporting the family’s lawsuit. C2i obtained the campaign’s notes of the call.

Her comments are recorded in a five-page “restricted – commercial” document known as a “corporate threat intelligence alert”, written by C2i and marked with the Caterpillar logo.

According to the alert, the conference call was “held in direct response to the collapse” of the court case and the recent death of a 17-year-old in Gaza.

The alert noted that “Cindy Corrie gave an update on the court case and the future strategy of campaign was discussed….She gave a detailed chronological account of the legal developments in the case most notably the judges’ decision not to reinstate the case.” It recorded how she gave her views on the progress on the lawsuit and their options for taking it forward.

Cindy Corrie told the Guardian that she found it “really distasteful” that the corporate spies had misrepresented themselves to listen in to the conference call which she thought consisted of a small group of supporters. She added that her family had asked Caterpillar for an open dialogue about the lawsuit but had been turned down.

In the UK, Caterpillar hired a second corporate intelligence firm, Inkerman, to monitor protesters, according to another set of leaked documents. The clandestine Inkerman Group has gathered information about protesters and has covertly deployed infiltrators on demonstrations which are directed at firms. An email from a senior Caterpillar representative from 2005 states: “Caterpillar have been working very closely with the Inkerman group, this partnership has been very successful in providing Caterpillar a pro-active approach to activism directed against Caterpillar facilities in the UK.”

One of its confidential documents has warned of the threat presented by protest groups who used direct action to disrupt the “economic welfare” of companies. Caterpillar told the Bureau that as our questions related to a lawsuit, the company could not discuss or comment on “matters of litigation”. It added: “As a values based company, Caterpillar has deep respect and compassion for all persons affected by the political strife in the Middle East and support a peaceful resolution to the Israeli-Palestinian conflict.”

Further leaks from Inkerman also show how the firm obtained what it called “verbatim” emails that were being circulated among local protesters who were objecting on health grounds to phone masts being built. These emails are not linked to the companies we mention here, and it is not known which company may have been involved. The campaigner who sent one of the emails said he believed the email was a private communication. Inkerman noted in a 2003 internal assessment that the anti phone mast campaigners appeared to be copying tactics used by environmentalists against firms that it said it had “attracted their perverse attention”.

Inkerman didn’t reply when it was asked who had hired them to collect information about the mobile phone mast campaigners and how they obtained the emails.

The energy generating firm RWE hired Inkerman to provide “intelligence on potential threats or issues in the form of weekly reports and ad hoc updates.” but this arrangement was terminated in 2009. RWE says it now only uses “publicly available and openly-sourced information to inform us of potential issues.”

Leaked documents from C2i show that it claimed to have “real time intelligence assets” in a range of environmental campaign groups, including Greenpeace, Friends of the Earth, local green groups in Oxford and what it termed “all anti&dash;aviation groups”. These were proposal documents looking for clients and it is not known who those clients may have been.

Its clients included Royal Bank of Scotland, British Airways, and Porsche. The car manufacturer, which is owned by Volkswagen, said it was “sensible and responsible” to hire C2i briefly in 2008 to gather information on demonstrations as its Mayfair centre and showroom had at that time been “a target for protesters”. The company added it was a short contract, which ended in 2008 and the company was not used again, as information about marches is now publicly available. British Airways also used C2i, but said it was on a trial basis.

RBS used to use companies like C2i to deal with any threat to staff and customers, told us but said in a statement: “RBS no longer uses these kinds of firms to gather information and has not done so for the last five years.”

C2i also pitched its services in 2008 to Donald Trump’s property development firm which was seeking to create a huge golf course and build a hotel and flats on ecologically sensitive land in Scotland. C2i said Trump’s firm was “under threat from a consortium of environmental activists”. However it is not known if Trump’s firm hired C2i. President Trump’s firm and C2i did not reply.

C2i, which changed its name before being dissolved in 2012, was set up by Justin King, a former special forces pilot who said he specialised in surveillance and counter-intelligence.