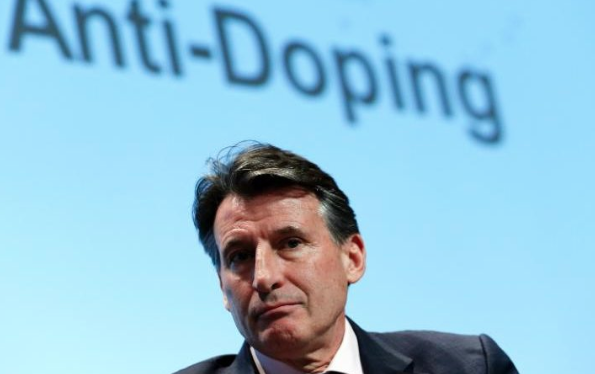 By TruePublica: Before anyone shouts us out for being a Russian supporting apologist Putinbot, it is important to get some facts right. Our position is that there’s no doubting that Russia has been undermining Western democracies with “active measures” such as propaganda and disinformation for a very long time. But then who hasn’t been doing this all over the world. The West has been doing that forever. Anyway, who needs Putin when we have Cambridge Analytica, SCL Elections and Facebook to overthrow important national decisions all by ourselves.

However, demonizing another country for the purposes of stoking up global tensions and destabilising the world order with a hidden agenda that is likely driven more out of geopolitical ambitions and providing a convenient cover for domestic crisis is frankly just plain dangerous.

Here is a classic disinformation and propaganda campaign cooked up by the West. But just before that we’d like to draw your attention to our report dated August 2016 entitled “The Biased Report that Led to Banning Russian Athletes” where investigative journalist Rick Sterling said “On the basis of a report by Canadian lawyer Richard Mclaren (the “Mclaren Report”), the World Anti-Doping Agency (WADA) has recommended the banning of all Russian athletes from the Rio Games. Before his report was even issued, Mclaren influenced the International Association of Athletic Federations (IAAF) in their decision to ban all Russian athletes from track and field events, including those who never failed any doping tests, in Russia or elsewhere.“

Turns out, our man Rick – was on the mark.

There were dozens of stories about the Russian state-sponsored doping programme spread daily that led to a mass ban of their athletes. Was this really about cleaning up international athletics, a true scandal inside the Russia sports machine or was this really just another Russiaphobia attack. Here are just two typical headlines you will likely remember.

Following a report conducted by Canadian law professor Richard McLaren,which said Russia operated a state-sponsored doping programme from 2011 to 2015, the International Olympic Committee ruled any Russian athlete who has served a doping ban will not be eligible for Rio 2016. So far, more than 110 of the 387-strong Russian team have been banned from the Games.

Daily Mail July 2016: ENTIRE Russian team of 387 athletes will be banned from competing at the Rio Olympics as punishment for their country’s state-sponsored doping programme

According to well-placed sources, the International Olympic Committee will punish all 387 Russian sportsmen and women in the strongest possible way after revelations of their country’s state-sponsored doping programme shocked the world. The country’s corrupt track and field stars have already been banned from the Games, and last week lost a desperate legal challenge to overturn that decision.

On April 26th, just last week, Reuters published a story that has gone literally no-where in the international mainstream media.

(Reuters) – There were nearly 1,600 anti-doping rules violations (ADRV) in 2016 involving athletes and support staff from 117 nationalities across 112 sports with athletics top of the list, the World Anti-Doping Agency (WADA) said in a report released on Thursday.

WADA said a total of 229,514 samples were collected in 2016 and analysed by WADA-accredited laboratories resulting in 1,595 ADRVs.

The vast major of adverse analytical findings (79 percent) were produced by male athletes (1,046) and were the results of results collected during in-competition testing (78 percent).

Not satisfied that Russia did not end up being number one on the list, Reuters still needed to somehow toe the line with its last comment in its article.

“Russia, whose participation at the 2016 Rio Olympics and 2018 Pyeongchang Winter Games was restricted following an investigation which uncovered evidence of widespread state-sponsored doping, was tied for sixth with India on 69 ADRVs.”

There was no adverse media attention to Italy, nor France or the USA – and none were banned.

In fact, of 11,491 competitors, there were 95 athletes representing 52 countries in thirteen sports who competed in the Rio Summer Olympics who had been caught with a prior doping offence, the vast majority were caught within the previous 24 months.  All were sanctioned from competing for a defined period with the exception of one where the decision was overturned.

Russia had two on that list. These two athletes, swimmer Yuliya Yefimova and cyclist Olga Zabelinskaya, was exceptionally allowed to compete by the IOC after their ban was deemed “unenforceable” by the Court of Arbitration for Sport.

On 7 August 2016, the IOC cleared 278 Russian athletes who all competed, while 111 were removed because of the scandal.

18 American athletes were caught using banned or illegal substances during the 2016 games and according to this report entitled “US wins Olympic gold in doping” they were top of the doping league throughout the games.

There’s a suspicious similarity between the banning of Russian athletes at the Rio Olympics and recent national headlines that the UK has been seeking to punish Russia after accusing it of mounting the Salisbury so-called Novichok nerve agent attack against double agent Sergei Skripal.

The Royal Family will shun the World Cup as part of the British response, so will many dignitaries from many Western countries and some celebrities getting in ‘on message’ and earning some ‘Brownie’ points on both sides of the Atlantic.

In a wholly inappropriate outburst, UK Foreign Secretary Boris Johnson has likened Russia’s upcoming World Cup to “Nazi Germany’s Olympic Games in 1936.” One British MP has even called for the World Cup to be postponed or moved.

In the meantime, more than 40 FIFA officials and television executives are awaiting trial or have pleaded guilty to mass corruption causing chaos for world cup finances and potential sponsors have been put off by the negative media coverage of it. There is also growing tension between Putin and other world leaders due to the escalating Syria conflict. This world cup looks set to be a huge security threat to the Russian authorities.