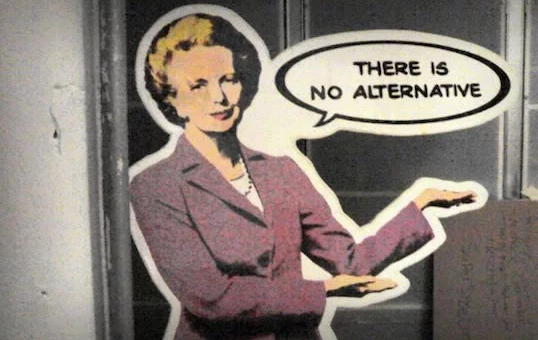 By George Monbiot: It’s the missing chapter: a key to understanding the politics of the past half century. To read Nancy MacLean’s new book Democracy in Chains: the deep history of the radical right’s stealth plan for America is to see what was previously invisible.

The history professor’s work on the subject began by accident. In 2013 she stumbled across a deserted clapboard house on the campus of George Mason University in Virginia. It was stuffed with the unsorted archives of a man who had died that year, whose name is probably unfamiliar to you: James McGill Buchanan. She writes that the first thing she picked up was a stack of confidential letters concerning millions of dollars transferred to the university by the billionaire Charles Koch.

Her discoveries in that house of horrors reveal how Buchanan, in collaboration with business tycoons and the institutes they founded, developed a hidden programme for suppressing democracy on behalf of the very rich. The programme is now reshaping politics, and not just in the US.

Buchanan was strongly influenced by both the neoliberalism of Friedrich Hayek and Ludwig von Mises and the property supremacism of John C Calhoun, who argued, in the first half of the 19thcentury, that freedom consists of the absolute right to use your property – including your slaves – however you may wish. Any institution that impinges on this right is an agent of oppression, exploiting men of property on behalf of the undeserving masses.

James Buchanan brought these influences together to create what he called “public choice theory”. He argued that a society could not be considered free unless every citizen has the right to veto its decisions. What he meant by this was that no one should be taxed against their will. But the rich were being exploited by people who use their votes to demand money that others have earned, through involuntary taxes to support public spending and welfare. Allowing workers to form trade unions and imposing graduated income taxes are forms of “differential or discriminatory legislation” against the owners of capital.

Any clash between what he called “freedom” (allowing the rich to do as they wished) and democracy should be resolved in favour of freedom. In his book The Limits of Liberty, he noted that “despotism may be the only organisational alternative to the political structure that we observe.” Despotism in defence of freedom.

His prescription was what he called a “constitutional revolution”: creating irrevocable restraints to limit democratic choice. Sponsored throughout his working life by wealthy foundations, billionaires and corporations, he develop both a theoretical account of what this constitutional revolution would look like and a strategy for implementing it.

He explained how attempts to desegregate schooling in the American South could be frustrated by setting up a network of state-sponsored private schools. It was he who first proposed the privatisation of universities and the imposition of full tuition fees on students: his original purpose was to crush student activism. He urged the privatisation of Social Security and of many other functions of the state. He sought to break the links between people and government and demolish trust in public institutions. He aimed, in short, to save capitalism from democracy.

In 1980, he was able to put the programme into action. He was invited to Chile, where he helped the Pinochet dictatorship to write a new constitution, which, partly through the clever devices Buchanan proposed, has proved impossible to reverse in its entirety. Amid the torture and killings, he advised the government to extend its programmes of privatisation, austerity, monetary restraint, deregulation and the destruction of trade unions: a package that helped trigger economic collapse in 1982.

None of this troubled the Swedish Academy, that, through his devotee at Stockholm University, Assar Lindbeck, in 1986 awarded James Buchanan the Nobel Memorial Prize for economics. It is one of several decisions that have turned this prize toxic.

But his power really began to be felt when Charles Koch, currently the seventh richest man in the US, decided that Buchanan held the key to the transformation he sought. Koch saw even such ideologues as Milton Friedman and Alan Greenspan as “sellouts”, as they sought to improve the efficiency of government rather than destroying it altogether. But Buchanan took it all the way.

MacLean says that Charles Koch poured millions into Buchanan’s work at George Mason University, whose law and economics departments look as much like corporate-funded thinktanks as they do academic faculties. He employed the economist to select the revolutionary “cadre” that would implement his programme (Murray Rothbard, at the Cato Institute that Koch founded, had urged the billionaire to study Lenin’s techniques and apply them to the libertarian cause). Between them, they began to develop a programme for changing the rules.

The papers Nancy Maclean discovered show that Buchanan saw stealth as crucial. He told his collaborators that “conspiratorial secrecy is at all times essential.” Instead of revealing their ultimate destination, they would proceed by incremental steps. For example, in seeking to destroy the Social Security system, they would claim to be saving it, arguing that it would fail without a series of radical “reforms”. (The same argument is used by those attacking the NHS over here). Gradually they would build a “counter-intelligentsia”, allied to a “vast network of political power” that would eventually become the new establishment.

Through the network of thinktanks that Koch and other billionaires have sponsored, through their transformation of the Republican Party, and the hundreds of millions they have poured into state congressional and judicial races, through the mass colonisation of Trump’s administration by members of this network and lethally effective campaigns against everything from public health to action on climate change, it would be fair to say that Buchanan’s vision is maturing in the USA.

But not just there. Reading this book felt like a demisting of the window through which I see British politics. The bonfire of regulations highlighted by the Grenfell Tower disaster, the destruction of state architecture through austerity, the budgeting rules, the dismantling of public services, tuition fees and the control of schools: all these measures follow Buchanan’s programme to the letter. I wonder how many people are aware that David Cameron’s free schools project originated with an attempt to hamper racial desegregation in the American South.

In one respect, Buchanan was right: there is an inherent conflict between what he called “economic freedom” and political liberty. Complete freedom for billionaires means poverty, insecurity, pollution and collapsing public services for everyone else. Because we will not vote for this, it can be delivered only through deception and authoritarian control. The choice we face is between unfettered capitalism and democracy. You cannot have both.

Buchanan’s programme amounts to a prescription for totalitarian capitalism. And his disciples have only begun to implement it. But at least, thanks to Maclean’s discoveries, we can now apprehend the agenda. One of the first rules of politics is know your enemy. We’re getting there.

George Monbiot is the author of the bestselling books Feral: rewilding the land, sea and human life, The Age of Consent: A Manifesto for a New World Order and Captive State: The Corporate Takeover of Britain, as well as the investigative travel books Poisoned Arrows, Amazon Watershed and No Man’s Land. His latest book is Out of the Wreckage: a New Politics for an Age of Crisis