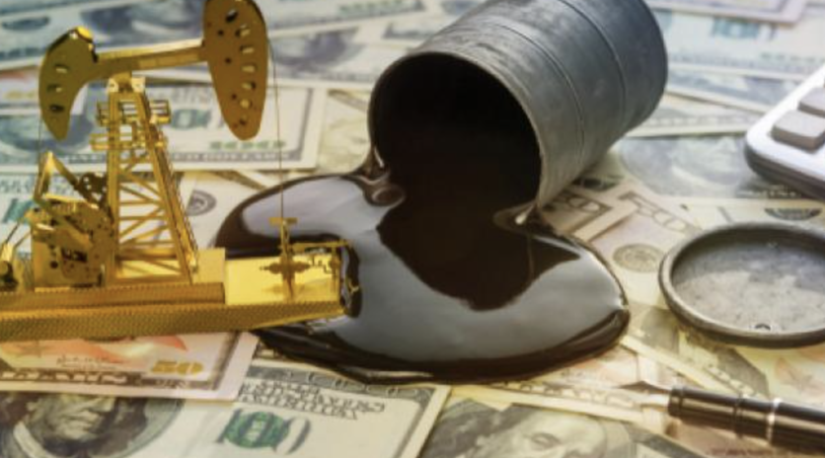 Generous government subsidies around the world are, even now, enabling the extraction and burning of fossil fuels that would otherwise remain in the ground. A global technocratic elite that claims to value market forces is blithely ignoring them in a way that could hardly be more ruinous. As renewables continue to fall in price Laura Merrill calls on us to pay attention to this grotesque farce and to stop using taxpayers’ money to destroy the conditions of life.

Governments spent around US$400 billion in 2018 subsidising the price of petrol, diesel, gas, electricity and coal in order to keep consumer prices below international levels. Governments spend another $100 billion annually on subsidies upstream to producers of oil, gas and coal. These subsidies include tax breaks, infrastructure investment (ports, pipelines and rail tracks in particular), write-offs and the like. For the G20 alone such exploration and producer subsidies are estimated to be around US$70 billion, yet upstream producer subsidy figures are far more opaque and difficult to quantify at the national level (sometimes for good reason). These are the producer subsidies. In the EU consumption and production subsidies combined totalled around US$125 billion between 2014 and 2016, or US$61 billion per year. This development approach, in which energy systems are built around the use of fossil fuels, has led to prosperity for some. But we are all paying a high price in terms of climate change and human health.

Fossil fuel subsidies in an age of climate change drive us in the wrong direction. With lower prices to consumers and lower costs to producers, consumers consume more, producers produce more. This increases the use of fossil fuels and the levels of pollution in our cities and of carbon in the atmosphere. One piece of research suggests that these subsidies drove 36 per cent of global carbon emissions between 1980 and 2010. An IMF working paper includes the broader costs to society of fossil fuels (such as traffic accidents and pollution, as well as the social costs of climate change) and finds the true cost of fossil fuels amounted to the eye-popping US£5.2 trillion in 2017, or USD 10 million a minute.

Global studies suggest that such is the scale of these subsidies that their removal could lead to a decrease in global greenhouse gas (GHG) emissions of between 6 and 8 per cent by 2050, compared to business as usual. Country research that modelled the removal of fossil fuel subsidies from across 26 countries, coupled with a modest investment into renewables and energy efficiency using savings from reforms and followed by 10 per cent tax on fossil fuels, found simple average national GHG emission reductions of 13 per cent, and 30 per cent in some country cases. There is no doubting that such subsidies (even using more restrictive definitions such as those of the WTO) are significant, more than double government support to renewables, and private investment in energy efficiency (IEA, 2019). In some Southeast Asian countries they have accounted for between 5 and 30 per cent of government expenditure, sometimes far more than levels spent on health or education. In general, most subsidies are found in the Middle East and North Africa region (around 50% by total value) followed by Emerging and Developing Asia, and Central and Eastern Europe.

“Because of the scale of the subsidies, opportunities for rent-seeking and corruption abound”

Because of the scale of the subsidies, opportunities for rent-seeking and corruption abound. Unsurprisingly, fossil fuel subsidies (particularly for oil) and countries with weak institutions tend to go hand in hand. Indeed, research finds that there is a link between the ratio of subsidies to GDP and measures of ‘government effectiveness, rule of law, regulatory quality and freedom from corruption. There are also strong links between countries that have energy resources and the presence of subsidies and the view (sometimes enshrined within constitutions) that national fossil fuel resources should be available cheaply to the population. Such subsidies were set up for development and support to the poor but it is now argued that they are maintained in part because some governments lack the capacity to pursue policy goals by other means. Industrial interests also play a big part in retaining fossil fuel subsidies. Fuel smuggling between countries, theft and the adulteration of fuels to exploit subsidies are huge problems in countries such as Iran,  Mexico, Nigeria, Philippines and Venezuela.; they cause lost revenues to governments and further entrench vested interests. Such subsidies also no longer achieve their policy objectives and are an extremely inefficient way of targeting the poor – GDP is lower and the benefits of the subsidies are captured mostly by the wealthiest sections of society with the richest fifth capturing six times more in fuel subsidies than the poorest.

Many countries have taken advantage of lower oil prices to attempt to remove consumer subsidies without high pass-through costs to consumers. Around 50 countries underwent some form of reform between 2015 and 2018. Notable efforts have included the liberalisation of transport fuels in India, Mexico, Thailand and Tunisia; introduction of automatic pricing mechanisms in China, Indonesia, Malaysia, Jordan, Cote d’Ivoire and Oman; and reforms linked to regulated prices in the Middle East and North Africa. At the same time the governments Mexico, France and Ecuador ran into serious difficulties between 2017 and 2019.

Still, many countries have successfully implemented fossil fuel reforms successfully by employing effective compensation packages. The Philippines managed to smooth the transition away from fossil fuel subsidies by using targeted cash transfers to help build a national safety net alongside lifeline tariffs to protect the poor in the process of reforms. Indonesia’s first large-scale unconditional cash transfer system was created in only six months in order to compensate for subsidy reforms.  The country used a basket of social protection policies covering education, health insurance, food subsidies, cash transfers and infrastructure programs. Ghana’s reform of subsidies to gas and diesel was accompanied by a livelihoods program to support families. Morocco expanded a national conditional cash transfer as well as education and health insurance schemes at the same time as reforming. International Organisations and Initiatives such as the World Bank and Global Subsidies Initiative consistently recommend an orderly approach to governments for quitting subsidies: get the prices right, build support for reform and mitigate negative impacts, crucially ensuring improvements in social protection systems for successful reform. The bigger ask is for countries to then reinvest and redirect savings from subsidy reform into changing the energy mix towards more sustainable energy, such as renewables, energy efficiency and transport for all i.e. a fossil fuel subsidy ‘swap’. With the removal of fossil fuel subsidies countries like Morocco have turned towards the sun with ambitious renewables investment and targets. Others like Ghana and the Philippines have dismantled subsidies but are now attracted by the current low market price of coal to drive development. The world coal price is far below the true cost of power, and G20 governments alone continue to support the production and consumption of coal to the tune of almost US$64 billion annually.

On the other hand, the recent lower oil price also leads producers and state-owned companies – often within more developed countries – to seek further public subsidies to support operations. Hidden tax breaks and other benefits from wealthy states are more alarming. Research finds that ‘globally, a third of oil reserves, half of gas reserves and over 80 per cent of current coal reserves should remain unused from 2010 to 2050 in order to meet the target of 2oC.

“Global revenue gains from the removal of subsidies and the efficient taxation of fossil fuels could be around US$2.8 trillion to governments or equivalent to 3.8 per cent of GDP”

Fossil fuel subsidies to production and exploration play a role in ensuring continued access to, and exploration of such resources. Production subsidies from the US government, push almost half of new oil investments into profitability; In Canada, more than US$700 million of federal subsidies were directed mostly at the production of oil and gas between 2016-18.  In Arctic Russia,  projects depend on tax breaks to generate profits. Indeed, on average in 2013-14, G20 governments sloshed out a heady annual cocktail of subsidies and support measures to ensure the continued addiction to fossil fuel production through US$70 billion of direct spending and tax breaks, US$286 billion in investments in state-owned enterprises, and US$88 billion in public backed finance.

However, the good news is that once governments remove fossil fuel consumption subsidies the potential for revenue collection via the imposition of VAT or GST (Goods and Service Tax) on transport fuels greatly increases. Global revenue gains from the removal of subsidies and the efficient taxation of fossil fuels could be around US$2.8 trillion to governments or equivalent to 3.8 per cent of GDP. There is considerable scope to increase the tax take from fossil fuels in Emerging and Developing Asia, the Commonwealth of Independent States, the Middle East, North Africa, Afghanistan and Pakistan. For example, the Philippines removed subsidies and now taxes fuel at 12% VAT to pay for the national social safety net and provide incentives to renewables. Taxation and higher prices that reflect the true cost of fossil fuels can encourage greater energy efficiency and the more careful use of fossil fuels. They can also be used to fund safety nets and accelerate anchoring renewable and sustainable sources of power at the centre of the energy sector.

Laura Merrill works on the social and environmental impacts of fossil-fuel subsidies, pricing and their reform. She is an economist with expertise in energy policy.