The bigger picture is hiding behind a virus 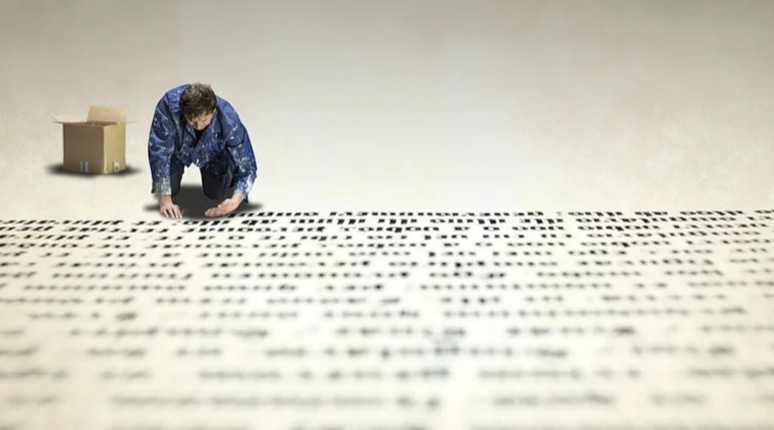 By Jonathan Cook: Things often look the way they do because someone claiming authority tells us they look that way. If that sounds too cynical, pause for a moment and reflect on what seemed most important to you just a year ago, or even a few weeks ago.

Then, you may have been thinking that Russian interference in western politics was a vitally important issue and something that we needed to invest much of our emotional and political energy in countering. Or maybe a few weeks ago you felt that everything would be fine if we could just get Donald Trump out of the White House. Or maybe you imagined that Brexit was the panacea to Britain’s problems – or, conversely, that it would bring about the UK’s downfall.

After all, much as we might want to (and doubtless some will try), we can’t really blame Vladimir Putin, or Russian troll farms spending a few thousand dollars on Facebook advertising, for the coronavirus pandemic. Much as we might want to, we can’t really blame Trump for the catastrophic condition of the privatised American health care system, totally ill-equipped and unprepared for a nationwide health emergency. And as tempting as it is for some of us, we can’t really blame Europe’s soft borders and immigrants for the rising death toll in the UK. It was the global economy and cheap travel that brought the virus into Britain, and it was the Brexit-loving prime minister Boris Johnson who dithered as the epidemic took hold.

Is it possible that only a few weeks ago our priorities were just a little divorced from a bigger reality? That what appeared to be the big picture was not actually big enough? That maybe we should have been thinking about even more important, pressing matters – systemic ones like the threat of a pandemic of the very kind we are currently enduring.

Because while we were all thinking about Russiagate or Trump or Brexit, there were lots of experts – even the Pentagon, it seems – warning of just such a terrible calamity and urging that preparations be made to avoid it. We are in the current mess precisely because those warnings were ignored or given no attention – not because the science was doubted, but because there was no will to do something to avert the threat.

If we reflect, it is possible to get a sense of two things. First, that our attention rarely belongs to us; it is the plaything of others. And second, that the “real world”, as it is presented to us, rarely reflects anything we might usefully be able to label as objective reality. It is a set of political, economic and social priorities that have been manufactured for us.

Agents outside our control with their own vested interests – politicians, the media, business – construct reality, much as a film-maker designs a movie. They guide our gaze in certain directions and not others.

At a moment like this of real crisis, one that overshadows all else, we have a chance – though only a chance – to recognise this truth and develop our own critical perspective. A perspective that truly belongs to us, and not to others.

Think back to the old you, the pre-coronavirus you. Were your priorities the same as your current ones?

This is not to say that the things you prioritise now – in this crisis – are necessarily any more “yours” than the old set of priorities.

If you’re watching the TV or reading newspapers – and who isn’t – you’re probably feeling scared, either for yourself or for your loved ones. All you can think about is the coronavirus. Nothing else really seems that important by comparison. And all you can hope for is the moment when the lockdowns are over and life returns to normal.

But that’s not objectively the “real world” either. Terrible as the coronavirus is, and as right as anyone is to be afraid of the threat it poses, those “agents of authority” are again directing and controlling our gaze, though at least this time those in authority include doctors and scientists. And they are guiding our attention in ways that serve their interests – for good or bad.

Endless tallies of infections and deaths, rocketing graphs, stories of young people, along with the elderly, battling for survival serve a purpose: to make sure we stick to the lockdown, that we maintain social distancing, that we don’t get complacent and spread the disease.

Here our interests – survival, preventing hospitals from being overwhelmed – coincide with those of the establishment, the “agents of authority”. We want to live and prosper, and they need to maintain order, to demonstrate their competence, to prevent dissatisfaction bubbling up into anger or open revolt.

If only we could redirect our gaze, if we could seize back control of our attention for a moment, we might understand that we are being plagued not just by a virus but by our fear, our hate, our hunger, our selfishness.

Crowded out by detail

But again the object of our attention is not as much ours as we may believe. While we focus on graphs, while we twitch the curtains to see if neighbours are going for a second run or whether families are out in the garden celebrating a birthday distant from an elderly parent, we are much less likely to be thinking about how well the crisis is being handled. The detail, the mundane is again crowding out the important, the big picture.

Our current fear is an enemy to our developing and maintaining a critical perspective. The more we are frightened by graphs, by deaths, the more we are likely to submit to whatever we are told will keep us safe.

Under cover of the public’s fear, and of justified concerns about the state of the economy and future employment, countries like the US are transferring huge sums of public money to the biggest corporations. Politicians controlled by big business and media owned by big business are pushing through this corporate robbery without scrutiny – and for reasons that should be self-explanatory. They know our attention is too overwhelmed by the virus for us to assess intentionally mystifying arguments about the supposed economic benefits, about yet more illusory trickle-down.

There are many other dramatic changes being introduced, almost too many and too rapidly for us to follow them properly. Bans on movement. Intensified surveillance. Censorship. The transfer of draconian powers to the police, and preparations for the deployment of soldiers on streets. Detention without trial. Martial law. Measures that might have terrified us when Trump was our main worry, or Brexit, or Russia, may now seem a price worth paying for a “return to normality”.

Paradoxically, a craving for the old-normal may mean we are prepared to submit to a new-normal that could permanently deny us any chance of returning to the old-normal.

The point is not just that things are far more provisional than most of us are ready to contemplate; it’s that our window on what we think of as “the real world”, as “normal”, is almost entirely manufactured for us.

Distracted by the virus

Strange as this may sound right now, in the midst of our fear and suffering, the pandemic is not really the big picture either. Our attention is consumed by the virus, but it is, in a truly awful sense, a distraction too.

In a few more years, maybe sooner than we imagine, we will look back on the virus – with the benefit of distance and hindsight – and feel the same way about it we do now about Putin, or Trump, or Brexit.

It will feel part of our old selves, our old priorities, a small part of a much bigger picture, a clue to where we were heading, a portent we did not pay attention to when it mattered most.

The virus is one small warning – one among many – that we have been living out of sync with the natural world we share with other life. Our need to control and dominate, our need to acquire, our need for security, our need to conquer death – they have crowded out all else. We have followed those who promised quick, easy solutions, those who refused to compromise, those who conveyed authority, those who spread fear, those who hated.

If only we could redirect our gaze, if we could seize back control of our attention for a moment, we might understand that we are being plagued not just by a virus but by our fear, our hate, our hunger, our selfishness. The evidence is there in the fires, the floods and the disease, in the insects that have disappeared, in the polluted seas, in the stripping of the planet’s ancient lungs, its forests, in the melting ice-caps.

The big picture is hiding in plain sight, no longer obscured by issues like Russia and Brexit but now only by the most microscopic germ, marking the thin boundary between life and death.