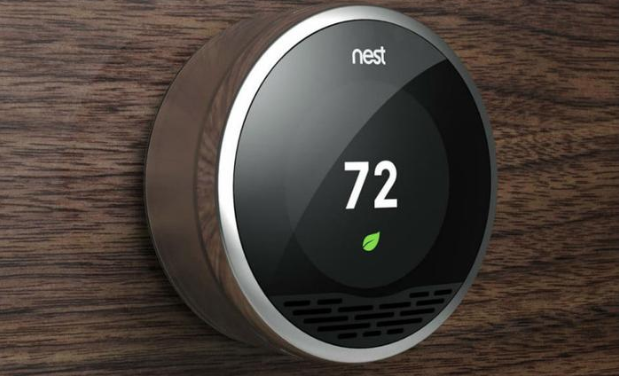 By TruePublica: Every new day we wake and reach for our device to update us on the world around us – and every new day yet another new scandal from the tech world emerges. This time it’s Google – again. The tech giant never informed customers that its home security hub had a microphone. Yes – a home security device had an undisclosed listening device installed.

The microphone was not listed on Nest Secure’s technical specifications and was not publicised by Google – at all.

Google’s lame excuse was – oops, err, we forgot to mention that. “The on-device microphone was never intended to be a secret and should have been listed in the tech specs. That was an error on our part. The microphone has never been on and is only activated when users specifically enable the option.”

Nest Secure is a user-installable home security system. It includes a hub and a handful of sensor accessories. Nest announced in February that the Guard hub has built-in Google Assistant voice capabilities, but the company didn’t previously disclose that the Guard hub had an integrated microphone.

This, let’s call it an – omission, is a clear privacy issue, given that the undeclared microphone has been on Nest’s home security hub since 2017 – also not mentioned. And security has not exactly been Google’s strong point.

CNET recently reported that – “Nest has suffered other privacy controversies recently. Last month, a hacker infiltrated the Nest Cam security camera of a San Francisco Bay Area family by using a password obtained from a third-party breach. The hacker convinced the family that the US was under nuclear attack from North Korea. In December, another hacker took over the camera of a man in Arizona to warn him of security vulnerabilities. In another case that month, a hacker told a couple through the device that he’d kidnap their child.”

CNET also reports that Google bought Nest for $3 billion in 2014. The startup, which largely brought smart home devices into the mainstream with its web-connected thermostat, was co-founded by former Apple hardware czar Tony Fadell. After Google restructured itself under its parent company, Alphabet, a year later, Nest became a semi-independent division within the conglomerate. But Nest rejoined Google last year as the search company was making a bigger push in smart home products.

Last year is when the microphone was installed into the product. Coincidence?

Google has only just been forced to pay out £44m / $57m for breaking French / EU privacy data laws, breaches of GDPR and lack of transparency.

And security has not exactly been Google’s strong point.

In 2012, there was the Google iPhone Hacking Scandal, then the Google Wallet PIN was found not to be private or secure, and Chinese hackers accessed U.S. officials’ private Gmail accounts – the list goes on.

In one case, Google abused users’ privacy by knowingly geo-targeting them with ads for illegal drugs: Google then had to settle with United States DOJ and paid a near-record $500m criminal penalty for knowingly aiding and abetting the illegal importation of prescription drugs into the United States with geo-targeted advertising facilitated by the misuse of users’ private information.

In another case, the US Dept Of Justice catches Google misrepresenting it had Federal security/privacy certifications when it didn’t. In a filing with a Federal Court, the DOJ said: “On December 16, 2010, counsel for the Government learned that, notwithstanding Google’s representations to the public at large, its counsel, the GAO and this court… Google does not have FISMA certification for Google Apps for Government.”