The pandemic is exposing the weaknesses of populism, but also fuelling authoritarianism 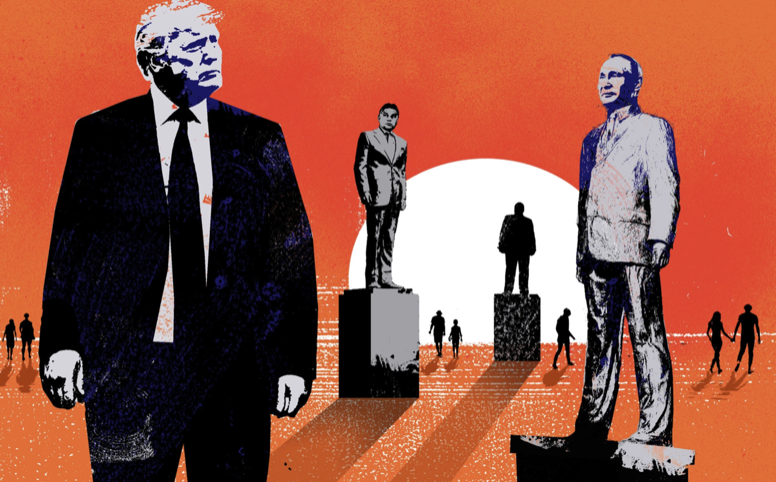 Daphne Halikiopoulou is Associate Professor in Comparative Politics at Reading University. She has written extensively on radical nationalism, the politics of exclusion as well as the cultural and economic determinants of far-right party support and warns that the Covid-19 pandemic may be exposing the weaknesses of populism. We should not be complacent, however, as authoritarianism is the real problem

Covid-19 has already infected over 1.2 million people worldwide (at the time of writing). Its exponential spread has placed national health systems under severe strain, it has closed borders, and grounded airlines. How may we assess the political implications of this global crisis, especially given that it comes at a time when populists who thrive on the tensions between international initiatives and the ‘national preference’, are in charge in many countries?

As political scientists, we often refrain from making predictions about the future, especially in situations such as this, which are fluid and fast-evolving. What we can do, however, is try to identify likely outcomes by observing patterns. For this, we need comparisons: by identifying differences and common trajectories we may gain some insight into what might happen under similar circumstances. What follows is a brief sketch of how what we know, from comparing cases past and present, can help us understand the political implications of the coronavirus pandemic, especially with regard to populism.

A brief look at how different countries have sought to address this crisis suggests that responding early is key to doing effectively. For example, tracking, testing, and containing infection clusters is of paramount importance. This highlights two issues. First, the significance of state capacity, i.e. the ability of the state to extract its resources efficiently, implement policies effectively, and safeguard the lives and security of its citizens. Second, the importance of expertise – we need epidemiologists, doctors, and medical staff to advise on how the virus can be contained.

This is all bad news for populists who thrive on emotive but often empty rhetoric. It exposes them, especially those in power, and places them under scrutiny as voters are increasingly prioritising valence – i.e. competence – over emotive narratives. This is why it is difficult to discern a specifically populist pattern. With few exceptions, initial reactions dismissing fears and downplaying the effects of the virus, have been met with quick U-turns. In the UK, Johnson’s ‘herd immunity’ strategy defined by a ‘we can do it alone and differently from Europe’ attitude was quickly replaced by measures not dissimilar to those adopted by ‘non-populist’ European leaders, including school and shop closures and full lockdowns. Similarly, while Donald Trump’s pompous rhetoric suggests an intention to re-open the country by Easter, current measures are treating some cities as epidemiological ‘hot zones’. In Greece, where until recently politics was contested primarily on populist lines, the technocratic centre-right government quickly closed schools and churches – note that contradicting the Church is something few Greek governments have been willing and able to do. While Brazil’s Jair Bolsonaro is resisting the trend, Sao Paolo has gone into lockdown, and the president’s popularity is in decline. In short, what these cases are telling us is that at least in the short run, the populist tide could be turning because the provision of expert-led security is of utmost priority to people.

“One important lesson from the past is that in similar crisis situations, leaders have taken advantage of emergencies to consolidate power”

Should we be relieved? The short answer is no. The coronavirus pandemic may have highlighted the extent to which the term ‘populism’ itself is inflated and overused. But as autocratic-minded leaders rally around the flag to increase support at a time of heightened insecurity, the threats they pose are real. Take down the populist façade, and what we are left with is the traditional nationalist and authoritarian politics of the kind that often manifests itself after a crisis.

One important lesson from the past is that in similar crisis situations, leaders have taken advantage of emergencies to consolidate power. The current pandemic is no different. Right-wing nationalists in government, and opposition, have been quick to blame immigrants and refugees for the spread of the pandemic, using them as an excuse to attack freedom of movement. Others – for example in Hungary and Israel – have used it as an opportunity for power abuse. What should concern us about many of these actors, that we call populist, is not actually their populism – an ideology that draws on a distinction between the good people and the bad elites – but rather their nationalist, authoritarian, and/or a far-right agenda. Orbán can impose his undemocratic measures not because he is a populist, but because he is authoritarian. Marine Le Pen and Matteo Salvini blame immigrants for the pandemic not because they are populists, but because they are nationalists.

This could result in severe long-term political consequences. In cases where democratic institutions are weak, there is a serious risk of further democratic backsliding. The long-term economic costs of the crisis can only serve to exacerbate this. We already know that wealth inequalities, a decline of social status, and limited access to compensation can serve to drive voters closer to extremism.

A very fine line divides a strong paternalistic, but effective, state that protects its citizens, from an authoritarian one that curtails their freedoms. People are willing to trade-off their liberties for collective security, but for how long? The answer to this question depends on how successfully we can balance the trade-offs involved, and exit this crisis having simultaneously protected our vulnerable, and retained our liberal democratic values. This is no easy task. While the current pandemic may be unique in its specificities, it is not unprecedented in terms of what it represents: an emergency situation that exposes systemic weaknesses and threatens the stability of our societies. Lessons learned from parallel historical precedents may offer us the benefit of hindsight.