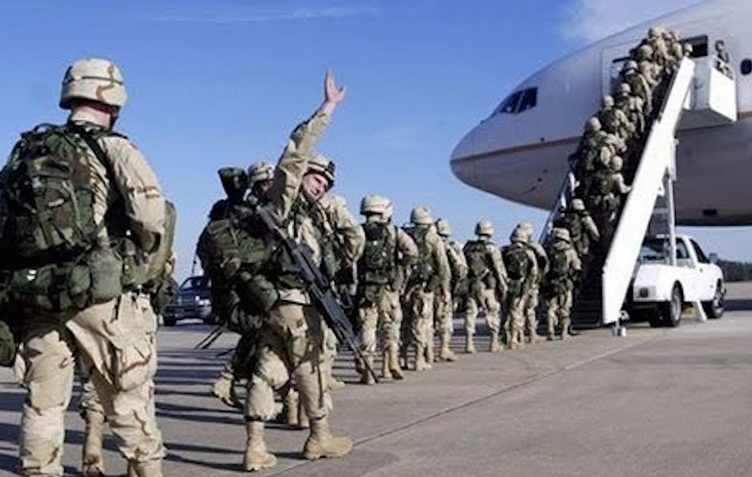 By Eric Zuesse: “The President has committed, as a matter of strategy, that we will not leave Syria. We are not going to declare victory and go. And that is not my opinion; that’s the President’s strategic judgment. We’re going to stay for several reasons: stabilization and assistance in the vital north and northeast, protection of our allies the Syrian Democratic Forces, who have fought so valiantly against ISIS in the northeast, try to work to help transform the political structures in that area to a model for the rest of Syria, and capable of being credibly represented in a new Syrian state; but for other reasons as well, including countering Iran and its ability to enhance its presence in Syria, and serving as a weight or force helping us to achieve some of those broader objectives.”

That’s as spoken by David M. Satterfield, Acting Assistant Secretary of State for Near Eastern Affairs, and Bureau of Near Eastern Affairs, U.S. Department of State, 11 January 2018, addressing the U.S. Senate Foreign Relations Committee, on the topic of “U.S. Policy Toward Syria.” You can see it in this clip from C-Span.


His statement hasn’t been reported in U.S. newsmedia; so, it’s still news; and this means that it’s news to the American people, and to all others who, though this news wasn’t reported to them, trust U.S. media to report any important American news (such as this U.S. Government policy-statement to the U.S. Senate certainly is).

Parts of this clip have been reported by the independent journalist Mutlu Civiroglu on twitter, and, from there to reddit, and also at Russia Defense Forum, and at the excellent general news site Signs Of The Times, where I came upon it, and whose reporter Joe Quinn contrasted this statement with a tweet from Donald Trump as a Presidential candidate on 5 Sep 2013: “Again, to our very foolish leader, do not attack Syria — if you do, many very bad things will happen & from that fight the U.S. gets nothing!”

The many people who had voted for Trump because of such anti-neoconservative (otherwise-called anti-imperialist) statements from him as that (and which thus also caused neocons to gang up against him in 2016 and publicly to support the overtly neocon Hillary Clinton instead), can reasonably raise the question as to whether a country in which people (such as Trump has done on this matter) routinely lie their way into elective offices, constitutes a democracy, or is instead actually a dictatorship of lies, by liars — and, if it’s the latter, then the inevitable questions are: 1: Whom are those liars actually serving; and, 2: Are the media also serving those same people and therefore hiding such crucial news as this U.S. Government policy-statement certainly is.

Furthermore, anyone to whom this official statement that was made to U.S. Senators on January 11th by the U.S. Government comes as news (and as news which still hasn’t yet been reported — much less debated — in America’s existing ‘news’ media) might reasonably cease subscribing to and paying and otherwise subsidizing those fake ‘news’ media, and instead start to seek out and subsidize honest ones such as the present site where you’re now reading this important news, so as not to be drowned by the propaganda and deceptions from whomever the people are who hide from the public the real news (such as this). Whereas the mainstream media, and even small media that serve the same owners, attack ‘fake news’, they’re actually reporting a lot of fake news themselves, and are hiding this fact from their subscribers. That fact presents a challenge to each person in their audience, as to whether to do whatever that individual can, to overcome this regime, and how to do it.

Just in case it might possibly be the case that U.S. and allied newsmedia have, ever since January 11th, failed to report this important news due only to their incompetence instead of in order to suppress it, the present news-report, including its links, and most especially the link here to the C-Span clip, is being submitted free of charge to all of them, so as to inform them all, of this important news; so that, going forward from now, all newsmedia that fail to report it are definitely suppressing it, and so that every reader who somehow does encounter it, can know with certainty, that the ‘news’media that don’t are actively and intentionally suppressing this news-item. All newsmedia are now being informed of, and linked to, that C-Span clip; so, all of them now know of its existence and can write about it. And, of course, everyone knows of its importance; so, there will be no excuse for not reporting on it, at least from the present time forward.

Investigative historian Eric Zuesse is the author, most recently, of  They’re Not Even Close: The Democratic vs. Republican Economic Records, 1910-2010, and of  CHRIST’S VENTRILOQUISTS: The Event that Created Christianity.