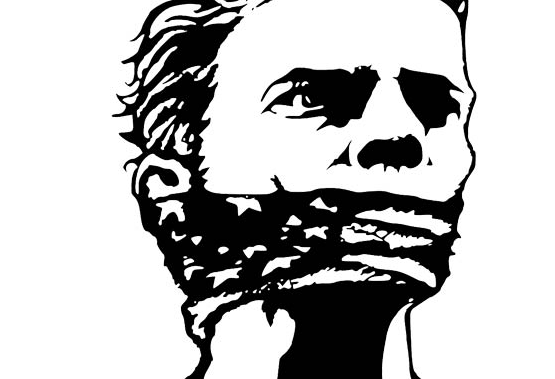 By Graham Vanbergen: We are fast approaching the time where the informational war being waged between the establishment (specifically the vested interests of the rich and powerful) and the independent news outlet is rapidly heading towards its final showdown. Personally, although somewhat defeatist, I think this battle is already lost, it is simply a matter of time. The supposed defenders of free speech, that is the political establishment and their billionaire media cronies have taken sides and this is becoming more evident every day.

Today, the mainstream media has a self-inflicted credibility problem. In 2006, about 65 percent of the general public believed what they read in British newspapers in and in little more than ten years this high level of trust has crashed to little more than a quarter. In fact, trust in the four institutions of government, business, media and NGO’s has taken a dramatic dive in just the last three years alone.

However, 60 percent of people now get their news from search engines, not traditional human editors in the media. It is here where the new informational war takes place – the algorithm. Google now takes 81.2 percent of all search engine market share globally.

This dangerous monopoly should have been controlled years ago. In the end, monopolies such as these restrict free trade, prevent the market from setting prices, from evolving and finding new markets. Google are often buying up the competition or competitive technologies and exploiting or killing it. The EU has just fined Google a massive €2.42 billion for precisely this. So-called ‘disruptive’ technology is the enemy of monopolies.

Google has the ability to drive demand and set the narrative, create bias and swing opinion. Monopolies can get into cartel agreements with what competition they do have to create the false facade that there is some sort of competition.

PayPal co-founder, major investor in Facebook (their first outside investor) and eBay investor Peter Theil once said “All happy companies are different: Each one earns a monopoly by solving a unique problem. All failed companies are the same: They failed to escape competition.”

Using his vast wealth, Peter Thiel is now chairman of Palantir. That Palantir was originally funded by the CIA and has the NSA and GCHQ as  major clients should give rise to suspicion. In all, 500 freedom of information requests by non-profit Muckrock and Motherboard about Thiel’s activities have met with the response from the NYPD, the CIA and the NSA –  “that any responsive documents were exempted to protect national security.”

Palantir are now in the frame along with another dark dystopian data company called Cambridge Analytica for swinging Britain’s EU referendum. The Guardian is now facing a massive lawsuit for publishing “The great British Brexit robbery: how our democracy was hijacked” –

Here The Guardian asks the question “A shadowy global operation involving big data, billionaire friends of Trump and the disparate forces of the Leave campaign influenced the result of the EU referendum. As Britain heads to the polls again, is our electoral process still fit for purpose?”

This is the same story that I wrote for TruePublica three weeks earlier in “The Link Between Brexit And The US Election, MI6, Fake News And Dark Money.”

In my report I was able to highlight that the London School of Economics was now warning that “new technology has disrupted British politics so much that current laws are visibly unable to ensure a free and fair election of any type or indeed control the influence of money in politics.”

“One company, Cambridge Analytica (CA) is in the frame for influencing not just Brexit but the US election where personal data is used to target voters. Its parent company SCL Group  is known for involvement in military disinformation campaigns of social media and voter targeting and is used by the military and politicians to study and manipulate public opinion and political will.”

As you can see, Billions are being spent on supplanting real democracy and functional capitalism in a desperate attempt to save what is left of the neoliberal wet-dream. Not content with trashing democratic principle and free speech, censorship is the latest preferred tool of reckless billionaires.

As mentioned in a previous article, TruePublica’s readership rose month-on-month reaching 160,000 unique visitors a month before inexplicably crashing to 25,000 a few months ago. It has been a rollercoaster ever since. These are small numbers compared to the big players but TruePublica had a two year horizon simply to collaborate and help drive independent news to mainstream readership. Faced with such powerful enemies of the truth and free speech, what’s the point?

It reported that “Google’s search algorithm appears to be systematically promoting information that is either false or slanted with an extreme rightwing bias on subjects as varied as climate change and homosexuality.”

The World Socialist Website has been equally brave in investigating and publishing their predicament as they saw a fall of 67 percent in user traffic. Their article  “Google’s new search protocol is restricting access to 13 leading socialist, progressive and anti-war web sites” is enlightening and corroborates the Guardian story.

“New data compiled by the World Socialist Web Site, with the assistance of other Internet-based news outlets and search technology experts, proves that a massive loss of readership observed by socialist, anti-war and progressive web sites over the past three months has been caused by a cumulative 45 percent decrease in traffic from Google searches.”

The drop followed the implementation of changes in Google’s search evaluation protocols. In a statement issued on April 25, Ben Gomes, the company’s vice president for engineering, stated that Google’s update of its search engine would block access to “offensive” sites, while working to surface more “authoritative content.”

The World Socialist Web Site has obtained statistical data from SEMrush estimating the decline of traffic generated by Google searches for 13 sites with substantial readerships. The results are as follows:

From my own research, these losses of readership in the last six months, from highs to lows amounted to a colossal 30.4 million unique visitors a month. I can’t vouch for other websites but at TruePublica the average visitor reads 1.84 pages per visit. At this calculation over 55 million pages of content a month are being withheld from just the 13 websites listed above. It is not possible to come to any other conclusion that Google has blatantly been involved in an act of global censorship.

In further extracts from the wsws article:

The article goes on to say that “the extent and impact of Google’s actions prove that a combination of techniques is being employed to block access to targeted sites. These involve the direct flagging and blackballing of the WSWS and the other 12 sites listed above by Google evaluators. These sites are assigned a highly negative rating that assures that their articles will be either demoted or entirely bypassed. In addition, new programming technology teaches the computers to think like the evaluators, that is, to emulate their preferences and prejudices.”

Hence the reason why I started off this piece with a negative prediction for the future of truth telling media outlets.

Google is a private company, they are not breaking the law. It might be immoral, unprincipled and shameless, but lawmakers across the western world have done nothing to diminish this transnational anti free speech power. But then, why would they?

The WSWS article closes by saying “The fight against corporate-state censorship of the Internet is central to the defense of democratic rights, and there must be a broad-based collaboration among socialist, left and progressive websites to alert the public and the widest sections of the working class.” Whilst this sentiment is surely true, it is not enough and it never will be and it’s not about the working class – it’s about all of us, irrespective.

What is required now is a collaboration project to actually work together – to create a penetrating and deafening noise to alert the unaware, give a bigger motivation and resources to combat the rising scale of censorship and defend the civil liberties of everyone. If we don’t, before long, it will indeed be too late. And then what?