US or Russia? The Mystery airstrikes against Tajikistan 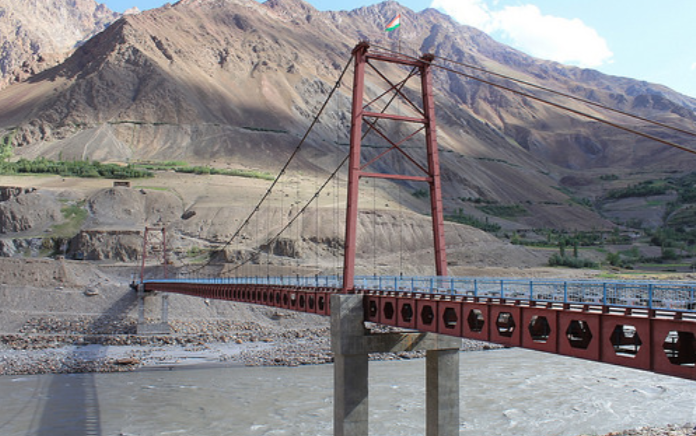 By Joseph Fitsanakis: Russia, the United States and Tajikistan have all denied that they were behind a series of mystery airstrikes that took place along the Tajik-Afghan border on Sunday, while the identity of the targets also remains unknown. The 800-mile border between Afghanistan and Tajikistan consists of mountainous terrain. Unlike the Afghan-Pakistani border, which is rife with skirmishes and firefights, the Afghan-Tajik border is usually peaceful and sparsely guarded. But on Sunday, August 26, local officials from both sides of the Afghan-Tajik border reported that fighter jets conducted a series of airstrikes. News media in Tajikistan’s capital Dushanbe said that Tajik border guards exchanged fire with Taliban fighters, killing as many as eight, but losing two officers in the process. However, on Monday a Tajik border police official denied media reports and said that the border incident involved Tajik lumberjacks who were attacked by unknown assailants from Afghanistan.

Adding to the mystery, Afghan officials said on Sunday that fighter jets bombed Afghan territory adjacent to the Tajik border. They added that they did not know if the fighter jets were Russian or Tajik. However, Tajikistan has a nominal air force consisting of no more than four Czech-made light-attack aircraft, which have not been used in over a decade. That leaves Russia, which maintains an air base in the suburbs of Dushanbe, 100 miles from the Afghan border. But on Monday, Moscow denied any involvement in the incident, as did Tajikistan. Russian officials placed the blame on the US, saying that the American-led North Atlantic Treaty Organization (NATO) force in Afghanistan is known to regularly launch airstrikes throughout Afghanistan. But US Pentagon officials said that they were not involved. When asked by reporters in Kabul, Afghan government representatives said that Afghanistan lacked the ability to monitor its airspace due to a lack of radar equipment. They called on the US-led NATO force to investigate Sunday’s incident.

Meanwhile, the identity of the persons targeted in the alleged airstrikes is also in doubt. On Monday, the Taliban denied that they had engaged with either Afghan or Tajik government forces along Afghanistan’s northern borderlands, saying that they had not authorized their fighters to operate in the area. Additionally, the Taliban have not been known to engage Tajik government troops in the past. Some observers have opined that the border skirmish may have been caused by drug smugglers who regularly transport drugs from Afghanistan to Russia or the Caspian Sea region through Tajikistan and Uzbekistan. However, there are no prior reported incidents of Russian, American or Tajik fighter jets having been deployed along the Afghan-Tajik border to combat drug traffickers.