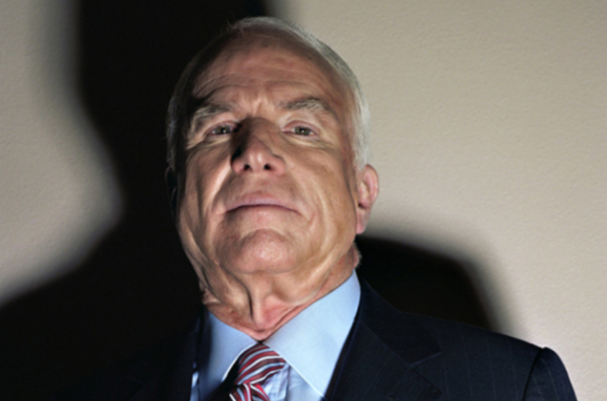 TruePublica Editor: Donald Trump makes the decision to fire a barrage of nearly 60 Tomahawk cruise missiles from two navy destroyers located in the Med, marking a striking reversal of hostilities in Syria after campaigning in the US election not to get involved in the seven year war.

Senator Rand Paul has something to say about attacking a country that poses no threat to the U.S.

In the meantime, Israel PM Benjamin Netanyahu with a strong desire to see Syria fall responds by saying – “This will resonate not only in Damascus, but in Tehran, Pyongyang and elsewhere.”

By Jordan Shilton  – wsws.org: The Trump administration has seized on allegations Tuesday that the Syrian regime of Bashar al-Assad carried out a gas attack on the town of Khan Sheikhoun in the rebel-controlled province of Idlib to push for a further escalation of military conflict in the Middle East.

According to the Syrian Observatory for Human Rights, a monitoring body linked to the Syrian opposition, 58 people, among them 11 children aged eight or younger, were killed in the early morning attack.

Rebel forces, which control the area, accused the government of using chemical weapons in an air strike. Pro-government sources argued that the blast had been caused by an explosion at a weapons factory run by the Islamist al-Nusra Front, which has a strong presence in the region and has previously conducted chemical weapons attacks.

The Syrian government released a statement denying all responsibility, while Russia confirmed it had not launched any air strikes in the area.

Russian Defense Ministry spokesman Igor Konashenkov stated that the Syrian air force struck a munitions factory east of the town, where rebels were producing shells filled with toxic gas to be sent to Iraq. He added that Islamist militants had used similar chemical weapons last year during the fighting in the city of Aleppo.

While it remains unclear who bears responsibility for the reported attack, the circumstances surrounding it are highly dubious. Late last week, high-ranking Trump administration officials, including Secretary of State Rex Tillerson and UN Ambassador Nikki Haley, stated publicly that Washington’s main priority in Syria was not the removal of Assad but the waging of the conflict against Islamic State.

This prompted a sharp rebuke from leading Republicans and Democrats. Senator John McCain denounced any shift away from “regime-change” as a “recipe for more war, more terror, more refugees, and more instability.”

In the wake of Tuesday’s alleged attack, the tone was quite different. The Trump administration and the corporate-controlled media wasted no time in declaring the guilt of the Assad regime to be beyond doubt.

“Today’s chemical attack in Syria against innocent people, including women and children, is reprehensible and cannot be ignored by the civilised world,” a statement from the White House declared. “These heinous actions by the Bashar al-Assad regime are a consequence of the past administration’s weakness and irresolution. President Obama said in 2012 that he would establish a ‘red line’ against the use of chemical weapons, and then did nothing.”

This was an explicit criticism of the Obama administration, which incited the Syrian civil war in 2011, for its failure to launch an all-out US-led intervention in 2013 to topple Assad. At the time, Obama was on the verge of throwing the full force of the US military into battle against the Assad regime, following a weeks-long lying propaganda campaign about an alleged August 21, 2013 sarin gas attack on Gouta, east of Damascus. He was forced to pull back due to divisions within the military-intelligence establishment over the tactical advisability of a war in Syria, as well as deep-seated popular opposition to yet another act of US imperialist aggression.

The Western powers, led by the United States, have repeatedly seized on unverified allegations of chemical weapons’ use in Syria to ratchet up pressure on the Assad regime. The attack on Gouta, which claimed the lives of up to 1,000, was the most infamous. No concrete evidence was ever presented by the Obama administration linking Assad’s forces to the atrocity.

It was later revealed, in an article by investigative journalist Seymour Hersh, that the US deliberately ignored intelligence that al-Nusra was capable of manufacturing poison gas, including sarin, in bulk.

Trump and Tillerson have made no secret of their intentions to vastly escalate Washington’s wars in the Middle East. Last week’s remarks by Tillerson and Haley were in no sense a retreat from the US plan to assert hegemony over the energy-rich region, but a recognition that the US-backed rebel forces are in disarray after being driven out of Aleppo in December by Assad’s military and Russian airpower.

Two weeks ago, Tillerson told a meeting of the US-led anti-ISIS coalition that Washington was preparing for long-term occupations of Iraq and Syria. He proposed the creation of “interim zones of stability” to be overseen by US-installed politicians and protected by the US military—in other words, safe zones for the proxy US militias opposed to the Assad government.

The prospect of a direct US-led assault on the Syrian regime cannot be underestimated. The alleged gas attack has provided the pretext.

White House press secretary Sean Spicer stated ominously Tuesday: “I think the president has made it clear in the past and will reiterate that today, that he is not here to telegraph what we’re going to do. But rest assured that I think he has been speaking with his national security team this morning, and we will continue to have that discussion.”

That such an attack would be directed not only at Assad, but at Washington’s chief regional rivals in the Middle East, was made clear by Tillerson’s response to Tuesday’s events. The secretary of state denounced Assad for his “brutal, unabashed barbarism,” before adding that Russia and Iran bore “moral responsibility” for the attack.

Tillerson’s provocative remarks come on the heels of last week’s comments from General Joseph Votel, chief of the US Central Command, who told a House Armed Services Committee hearing that Iran “poses the greatest long-term threat to security in this part of the world.”

Since Trump took office, the war initiated by Obama in Syria and Iraq has been drastically intensified. Trump has given a free hand to commanders on the ground to launch air strikes and other attacks, while increasing the number of troops deployed on the ground and expanding their mandates to act closer to the front lines of fighting. The result has been a devastating rise in civilian casualties in both countries, with the death of hundreds of civilians in the Iraqi city of Mosul and hundreds more in air strikes in northern Syria.

Trump has also moved to limit information released by the Pentagon on US military operations in the Middle East. “In order to maintain tactical surprise, ensure operational security and force protection, the coalition will not routinely announce or confirm information about the capabilities, force numbers, locations, or movement of forces in or out of Iraq and Syria,” Eric Pahon, a Pentagon spokesman, stated recently.

The Syrian conflict is becoming even more explosive as Washington’s imperialist rivals seek to assert their own interests with ever-more aggressiveness. A day prior to the gas attack, the European Union (EU) Council adopted a new Syrian strategy which demanded Assad’s removal and the implementation of a “political transition” in the country. Federica Mogherini, the EU’s High Representative, was one of the first to denounce Assad for the “awful” attack.

French President François Hollande and British Foreign Minister Boris Johnson have urged that Assad be held accountable for the gas attack. Both countries have military personnel operating in the country, as does Germany, which has been seeking to advance its own imperialist ambitions in the Middle East and Africa over recent years and has openly spoken of the need to stand up to the US in the wake of Trump’s assumption of the presidency.

An emergency session of the UN Security Council will take place on Wednesday, where an outpouring of anti-Assad, anti-Iranian and anti-Russian rhetoric can be expected from the US and European powers.

Working people in the United States and internationally must reject with contempt the feigned outrage of Trump, Hollande and other imperialist politicians over the slaughter of civilians. As demonstrated most recently by the bloodbath in Mosul, US imperialism has no qualms about indiscriminately massacring innocent civilians if it suits its own goals. Over the past quarter century, the unending series of wars waged by Washington have cost millions of people their lives and forced millions more to flee their homes.

The only way to put an end to the horrific conflict in Syria and Iraq is through the construction of an international anti-war movement dedicated to the struggle against war and the social system from which it arises: (out of control) capitalism.