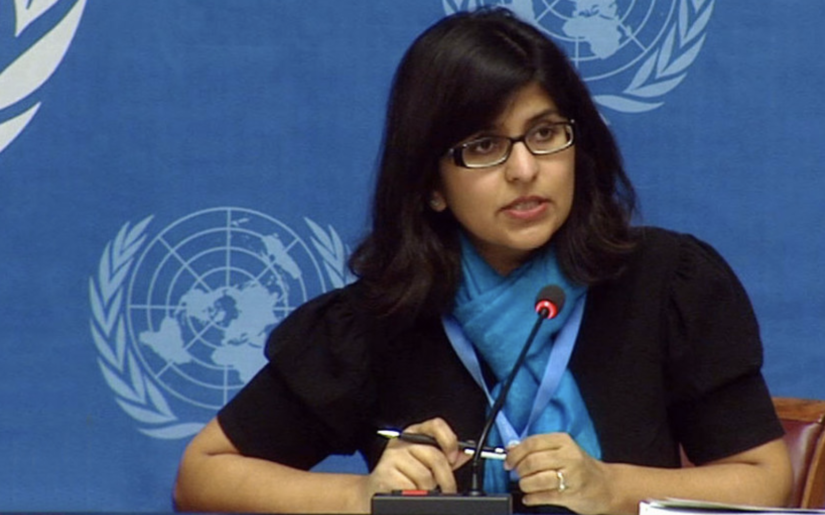 Children continue to suffer from violent conflict in the Libyan capital, Tripoli, said the UN Children’s Fund, UNICEF, on Tuesday.

Ted Chaiban, UNICEF’s Regional Director for the Middle East and North Africa, said, in a statement that “violence has taken a heavy toll on children in Tripoli” and the surrounding area, over the past two weeks.

That toll reportedly includes the death of three children and two women, killed while driving on a highway, 16 kilometres from the capital; a 13-year-old child killed in his house; and three sisters and their mother killed, while a fourth sister was badly injured, when their house was hit by an airstrike.

The latter incident was also condemned by the UN Mission in Libya, UNSMIL, which expressed its shock at the attack, which it described as “particularly egregious”.

The international community has a responsibility and legal obligation to compel Israel to end its 52 year-long “occu-annexation” of Palestinian territory and remove barriers preventing Palestinian self-determination, a UN independent human rights expert told the General Assembly on Wednesday.

After nearly two weeks of fighting in northeast Syria, the UN’s humanitarian wing has estimated that around 180,000 have been forced to leave their homes or shelters, including 80,000 children, all in desperate need of humanitarian assistance.

The UN Office for the Coordination of Humanitarian Affairs (OCHA) reported on Tuesday that despite a shaky five-day ceasefire, airstrikes and a ground offensive launched by Turkey on 9 October, targeting Kurdish held areas across the border, has had a “significant humanitarian impact.”

With 4.5 million Venezuelans on the move, UN and partners reaffirm call for support

Since 2015, approximately 4.5 million Venezuelans have fled their country as the Latin American nation’s political, humanitarian and economic crisis drags on, creating one of the “direst” displacement crises in the world, the UN and European Union said on Wednesday, ahead of a solidarity conference next week.

In a press statement from the UN refugee agency (UNHCR), the European Union (EU) and the UN migration wing (IOM), the entity’s jointly called for host countries in Latin America and the Caribbean to show solidarity toward Venezuelans, with around 80 per cent of those who have left, sheltering in the region.

On 28 and 29 October, the three partners will organise an International Solidarity Conference in Burssels, to convene humanitarian and development actors, financial institutions, civil society, and others, to raise awareness of the crisis, reaffirm global solidarity, assess progress and pitfalls in addressing the problem, and call for greater financial cooperation with the region.

Around the world, the number of internally displaced persons has continually grown in recent years, with 41 million uprooted from their homes at the start of 2019, as a result of armed conflict – with natural disasters pushing out millions more.

The UN Secretary-General on Wednesday announced the establishment of a High-Level Panel on Internal Displacement, to coincide with the ten year anniversary of the adoption of the only legally binding instrument for the protection of the displaced, known as the Kampala Convention.

The Panel will be charged with increasing global attention and support for displaced communities, while delivering lasting solutions for implementation by Member States.

Millions of young lives at risk due to humanitarian funding shortfall: UNICEF

With 2019 almost over, the agency reported that it has still only received just over half of the $4 billion it needs this year, to provide life-saving health, education, nutrition and protection programmes for 41 million children in nearly 60 countries worldwide.