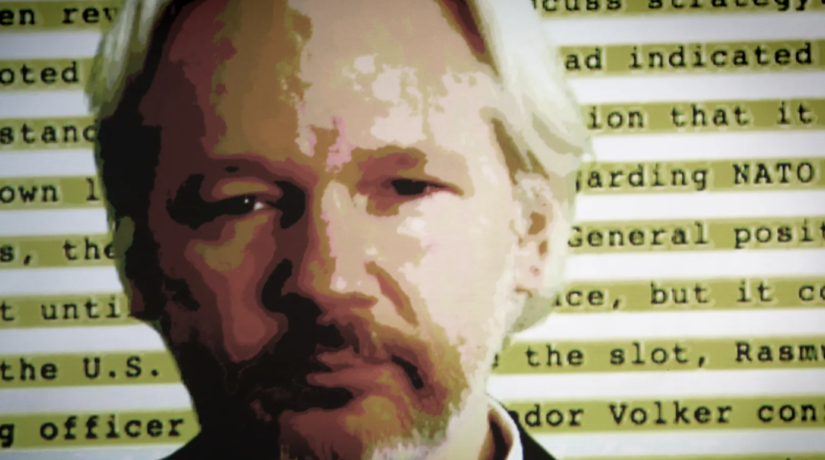 By Felicity Ruby: The Nobel Peace Prize will be awarded on 11 October. Julian Assange and WikiLeaks have been nominated for the prize again this year, as they have since 2010. As the first staffer of the campaign that won the Peace Prize in 2017, the International Campaign to Abolish Nuclear Weapons (ICAN), I support this nomination for a number of reasons.

The vast majority of governments on this planet want nuclear disarmament negotiations to occur and produce results. ICAN has been mobilising this willingness to push for a new treaty to ban nuclear weapons. From the outset, the campaign deployed accurate information to mobilise public opinion and reeducate a new generation. In facing the truth about nuclear dangers, answers became available and courageous action was taken. Facing the truth about climate change similarly involves the public having accurate information and courageously acting on it.

WikiLeaks and Assange have made a great deal of information available about nuclear weapons and the nuclear industry. A search on the WikiLeaks site for the word ‘nuclear’ brings up 284, 493 results. These documents traverse the nuclear fuel cycle – from uranium mining to nuclear waste – with many thousands exposing nuclear energy industry giants, and nuclear weapon threat assessments, numbers, doctrines and negotiations.

Below are just ten examples of where WikiLeaks exposed wrongdoing on the part of governments and corporations that meant citizens could take action to protect themselves from harm, or governments were held to account:

After the Chalk River nuclear reactor was shut down for routine maintenance on 18 November 2007, inspectors verified the reactor’s cooling systems had not been modified as required by an August 2006 licensing review. Atomic Energy of Canada Limited (AECL) did not start the reactor but said upgrades could be done as part of maintenance while still operating safely. This impasse lasted a month, with the government intervening to grant an exemption to the reactor to allow its restart. The responsible Minister for Natural Resources, Gary Lunn MP, fired Linda Keen, the President of the Nuclear Safety Commission. Their exchange of letters revealed much about the safety standards and routine practices of the Canadian nuclear regulatory system, and particular problems with the ageing Chalk River reactor previously unknown to the public.

– Footage of the 1995 disaster at the Japanese Monju nuclear reactor – released 25 January 2008
Following the 2008 announcement that the Japanese Monju fast breeder nuclear reactor would be reopened, activists leaked the suppressed video footage of the sodium spill disaster that led to its closure in 1995. Named after the Buddhist divinity of wisdom, Monju, located in Japan’s Fukui prefecture, is Japan’s only fast-breeder reactor. Unlike conventional reactors, fast-breeder reactors, which “breed” plutonium, use sodium rather than water as a coolant. This type of coolant creates a potentially hazardous situation as sodium is highly corrosive and reacts violently with both water and air. On December 8, 1995, 700 kg of molten sodium leaked from the secondary cooling circuit of the Monju reactor, resulting in a fire that did not result in a radiation leak, but the potential for catastrophe was played down the extent of damage at the reactor and denied the existence of a videotape showing the sodium spill. Further complicating the story, the deputy general manager of the general affairs department at the PNC, Shigeo Nishimura, 49, jumped to his death the day after a news conference where he and other officials revealed the extent of the cover-up.

WikiLeaks revealed that a source associated with Iran’s nuclear program confidentially told the organisation of a serious, recent, nuclear accident at Natanz. Natanz is the primary location of
Iran’s nuclear enrichment program and the site targeted with the Stuxnet worm that contained 4 zero days and was designed to slow down and speed up centrifuges enriching uranium. WikiLeaks had reason to believe the source was credible, however contact with this source was lost.

– 180 confirmed US tactical nuclear weapons stationed in Europe – released 7 December 2010
In advance of the nuclear posture review, a briefing was provided by US Principal Deputy Under Secretary of Defense for Policy Jim Miller to NATO in July 2009. Federation of American Scientists nuclear weapons expert Hans Kristensen stated, “Whether Miller was providing certified U.S. intelligence numbers or simply referenced good-enough nonofficial public estimates is less clear. But his use of a specific number (180) for Europe rather than a range suggests that it might an official number.”

American diplomatic cables published by WikiLeaks revealed how, “bribes could have a major impact on the future of the country’s energy industry,” in a four-year US campaign, which began in 2005, to encourage Italy to re-start a nuclear power program with a view to reducing its energy dependence on Russian gas and limiting the influence of the partnership between Italian energy company ENI and Russia’s Gazprom.

WikiLeaks revealed a cable by US Charge d’Affaires Steven White dated 17 July 2008 that indicated that the ruling Congress Party in India had bought MPs a vote on the 2008 India-US nuclear deal. Nachiketa Kapur, a political aide to Congress leader Satish Sharma showed a US Embassy employee “two chests containing cash” saying it was part of a bigger fund of Rs. 50 crore to Rs. 60 crore that the party had assembled to purchase the support of MPs.

– The IAEA warned Japan about safety issues at nuclear plants in 2009 – released 17 March 2011 In 2009, years before the Fukushima disaster, Japan was warned that its power plants could not withstand powerful earthquakes. The US was highly critical of Japan’s senior safety director at the International Atomic Energy Association “particularly with respect to confronting Japan’s own safety practices.”

In an exclusive report to WikiLeaks, Trident nuclear weapons submariner, Royal Navy Able Seaman William McNeilly, aged 25, stated, “Please make sure this information is released. I don’t want to be in prison without anyone knowing the truth,” about the detailed nuclear safety problems he says he has been “gathering for over a year… This is bigger than me, it’s bigger than all of us. We are so close to a nuclear disaster it is shocking, and yet everybody is accepting the risk to the public… Our Nuclear weapon systems are the prime target and we are wide open to attack. We must unite globally in order to eliminate the biggest threat the world has ever seen.”

WikiLeaks released a collection of documents that open up a corrupt multi-billion dollar war by Western and Chinese companies which grab uranium and other mining rights in the Central African Republic (CAR) and escape paying for the environmental consequences. French giant Areva failed to protect miners from high levels of radiation who processed soil samples with no radiation protection, and neglected local employees when pulling out of a financially and politically disastrous venture in the CAR.

– Uranium One links with the Clinton Foundation – released 7 October 2016

As Russian Rosatom company Uranium One gained control of 1/5th of the US uranium production between 2009 – 2013, its chairman used his family foundation to make donations of over USD$ 2 million to the Clinton Foundation. Because uranium is a strategic asset, such a deal had to be approved by a Committee, whose decision was signed off by Secretary of State Hillary Clinton. Uranium One paid $20,000 to The Podesta Group to lobby the State Department for this deal, a lobbying firm founded by Hillary Clinton campaign Chairman, John Podesta.

WikiLeaks and Assange have brought forward many truths that are hard to face, publishing well over 10 million documents since 2006. Often forgotten is that each one was provided by a whistleblower who trusted this platform to publish, and who sought reform of how political, corporate and media power elites operate. Each release has shared genuine official information about how governments, companies, banks, the UN, political parties, jailers, cults, private security firms, war planners and the media actually operate when they think no one is looking.

Assange is nominated for the Nobel Peace Prize because of these many releases of information, used as evidence in court cases, freeing prisoners and exposing scandals, torture, murder and surveillance for which redress is only possible when the wrongdoing is dragged into the light. For publishing this true information, Assange, an Australian based in the UK at the time of publication, is on the health ward of Belmarsh Prison, facing extradition and charges attracting 175 years in a US jail, an effective death sentence.

Felicity Ruby is a Doctoral candidate in the Department of Government and International Relations at the University of Sydney. This article first appeared at openDemocracy.