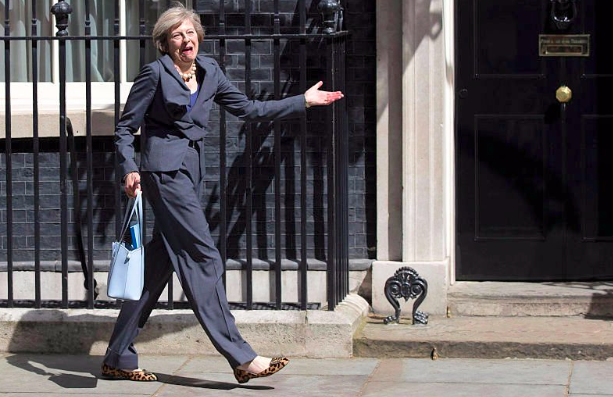 From Business Insider comes an article that highlights a “rather cynical tradition that has developed in recent years in which, in the final days and hours before MPs leave Parliament for an extended break, the government releases a deluge of embarrassing reports, statistics, and statements in an apparently deliberate attempt to bury them. This Easter has been no different. Here are just some of the inconvenient stories Theresa May’s government has tried to bury over the past 24 hours.”

The government has made a major U-turn on benefits

When George Osborne was Chancellor he announced a controversial cut to housing benefit which threatened to prevent all people aged between 18-21 from claiming it. The change became a rallying point for campaigners, who accused ministers of attempting to push young people into poverty and homelessness.

A damning report slipped out on Wednesday reveals that the government’s much-trumpeted border ‘exit checks’ introduced to keep track of people moving to the UK have completely failed. The study, by the Independent Chief Inspector of Borders and Immigration found that as of last summer, there were hundreds of thousands of people whose right to remain in the UK had expired but for whom the government had absolutely no record of having left. Of the 601,000 that slipped through the net, 513,000 did not hold a visa.

The ‘right to buy’ scheme is causing social homes to vanish

When David Cameron’s government resurrected the ‘right to buy’ scheme they promised to replace any increase in the number of social homes sold, with new homes. However, according to a written statement slipped out on Thursday afternoon that is simply not happening.

Overall, the new statistics show that since the right to buy scheme restarted, there have been around 63,000 sales of social homes as opposed to just 16,000 new builds. This means that four times as many homes have been sold as those that have been built to replace them.

Ministers are not doing enough to protect child refugees

The immigration chief inspector also submitted a damning report on the treatment of child asylum seekers. The report is highly critical of the government’s communication, assessment and care for those claiming asylum, stating that the children’s “best interests” were not secured by ministers. In conclusion, they found that “there is a considerable amount of work for the Home Office to do. Given the impact the asylum system has on the lives of those children and young people who come into contact with it, I hope that the Home Office can move quickly to make the necessary improvements.”

The government is failing to prevent slavery

Yet another damning immigration report slipped out over the past 24 hours reveals that the government has failed to properly implement a whole series of official recommendations designed to clamp down on the spread of modern slavery in the UK. The new report found that of the 12 earlier recommendations, five had either not been properly implemented or completed.