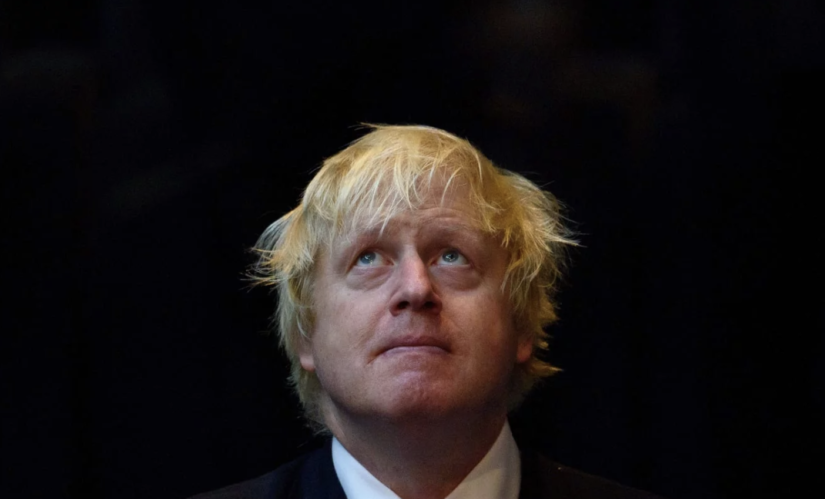 By TruePublica: Lord Ricketts is a retired British senior diplomat. His illustrious career is littered with unquestionable credentials. Prior to his appointment as National Security Adviser, Ricketts had been the Permanent Secretary in the Foreign and Commonwealth Office. Before he took over that position in July 2006, he served as the Permanent Representative to NATO in Brussels. He was also previously the Chairman of the Joint Intelligence Committee, leading him to give evidence to The Iraq Inquiry in November 2009. He began his career in the Foreign and Commonwealth Office in 1974 and served as the Assistant Private Secretary to former Foreign Secretary Geoffrey Howe. Apart from Brussels, he has been posted to Singapore, Washington D.C. and Paris. Ricketts retired from HM Diplomatic Service in January 2016. If anything, Lord Ricketts is a man trusted by successive British governments and there is no reason to doubt what he says. He sits as a crossbencher in the House of Lords.

Interestingly, Kim Darroch took Ricketts’s old role as the UK’s National Security Adviser. Darroch dramatically resigned his post on 10 July this year following the leak of diplomatic cables in which he had been critical of the Trump administration, in what was seen as a national embarrassment as Donald Trump had stated he longer wanted Darroch in Washington, which the UK effectively bowed down to.

Today, the mainstream media are in meltdown as yet another political scandal in brews. Boris Johnson’s government is under intense pressure over a parliamentary special report on alleged illicit Russian activities in Britain with eminent former security and cabinet officials demanding that it stops blocking publication of the document.

The Independent report that the security and intelligence agencies have confirmed that all measures necessary to protect sensitive information have already been redacted and they have no objection to the report being made public.

The Commons Intelligence and Security Committee is believed to have looked at claims of Moscow’s attempts to influence the Brexit campaign and Russian money going into UK institutions including sizeable donations made to the Conservative Party.

If this is true, it is a politically explosive story. So much so, the government have decided that a cover-up is better and the report will be buried for a few months until they can control the narrative.

The government’s arguments have been dismissed by a number of senior former public officials including former cabinet secretary Lord Butler, Lord Ricketts, former national security advisor and chair of the Joint Intelligence Committee, and Lord Anderson, the former independent reviewer of terrorism legislation.

Lord Ricketts: “There’s a clear public interest that this report is published before the election as there’s a lot of national security issues around Russia.. the way the Govt is handling this report gives everyone ground to think something suspicious is going on.”

Dominic Grieve, chair of the ISC said: “I cannot think of a reason why he should wish to prevent this report being published. It’s very demoralising for us when we find we put in months of work and, at the end of it, we’re not getting an adequate response. It seems to us that this report is germane because we do know – and I think it is widely accepted – that the Russians have sought to interfere in other countries’ democratic processes in the past. The protocols are quite clear. If the prime minister has a good reason for preventing publication he should explain to the committee what it is, and do it within 10 days of him receiving the report. If not it should be published.”

The Labour peer, Baroness Hayter asked: “ What has the prime minister got to hide?”

Carole Cadwalladr, the journalist at the Observer/Guardian who broke the Cambridge/Analytica Facebook scandal said: “Boris Johnson has now BLOCKED release of report into Russian interference ahead of election. Chair of committee below explains he has done so on basis of a lie. Just what exactly does he have to hide?”

The implication here is the Conservative party have accepted money from a foreign state possibly with a view to pushing for the UK to leave the EU. That being the case, the government and Conservative party would lose what credibility it has left and that Brexit itself then becomes a question of legitimacy.

What the MSM will not say right now is this – and it does seem far-fetched, even conspiratorial to say it – but if the Russian government or its representatives have indeed been found to be funding the Conservative party with a view to influencing the outcome of a political decision with far-reaching implications such as Brexit – someone could be prosecuted for treason, which would be the biggest scandal for well over a hundred years. This would good reason for a cover-up indeed.

The civil service despises this government, especially Boris Johnson’s senior political advisor Dominic Cummings who has openly stated he wants to tear down the service and replace it. Information of national security was also being withheld from Boris Johnson when he was Foreign Secretary because the very same people who have come out and expressed their views on this report did not trust Johnson then.

There’s more to this story than the public is being told.