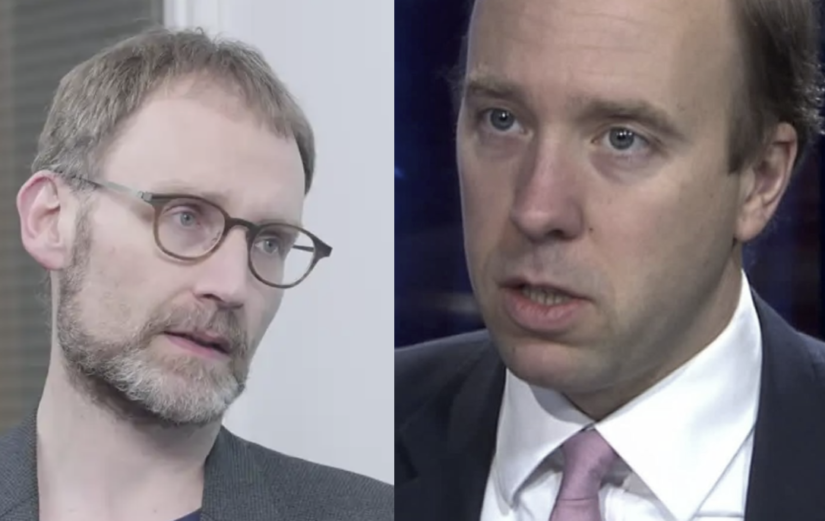 At TruePublica we could see that the handling of the COVID-19 crisis was also a crisis for the government. On April 27th our article entitled – The blame game – here’s what’s coming next predicted what would happen when the UK reaches a milestone of failure – and that milestone was about deaths. At 30,000 officially recorded victims, we can reasonably assume about 50,000 overall when including care home and at home deaths. However, that number is to be confirmed. In reality, it wasn’t about numbers – it was about the worst performance in the world. It was about that grim reality and questions being raised about whether the Government has failed in its central duty to save lives.

We said this moment would come. “The story surrounding the  Scientific Advisory Group for Emergencies (SAGE) – the UK governmental advisory body that advises central government in emergencies is a good example. This story only became one in the first place because Downing Street now firmly believes the Prime Minister’s feet are feeling the heat of that same fire.  Even though Boris Johnson has been out of the fire since his rather ambiguous brush with death as the finger of COVID pointed directly at him, the flames won’t go out. The consequence is that blankets of protection are already being used to stop the PM being burned. The PM is, right now, weighing up who to throw at the fire first. It’s an internal blame game and will likely follow those most expendable first.”

We predicted that ‘low-hanging fruit’ would be used in a blame game that was timed to deflect negative stories as they escalated. Professor Niel Ferguson was first in line for the government. We were very close as we thought it might be Chris Whitty, the Chief Medical Adviser or Patrick Vallance, the Chief Scientific Advisor to the government to be thrown in to dampen the heat lapping around the PM’s trousers. However, we did say – “because if the plan goes wrong – it’s the scientist’s fault. Don’t forget here – that before Brexit – experts were blamed and they will be happy to say so again.”

We also think Public Health England will be in the firing line before we get to the politicians like Matt Hancock.

While there are plenty of caveats to the figure of fatalities – the different methods of counting them in different nations make it difficult to draw exact comparisons. But, this is also an area the government will fight over. Of the large countries, Britain officially still ranks third in terms of deaths per million population.

The evidence by Sir Patrick Vallance and Jennie Harries to the Health Select committee on Wednesday suggested the scientists have become weary of being used as ‘shields’ for what were ultimately political decisions.

Language is so important. At one point Sir Patrick noted the Government was “informed by science, but not led by science” – an observation that undermines ministers telling the public that at all times they had followed the scientific advice.

The documents from SAGE released on Wednesday also raised questions on whether Boris Johnson has read all the scientific advice presented to him, not least his boasting of having shaken people’s hands on the day his advisers recommended the exact opposite.

As for Professor Neil Ferguson, we are informed that one mainstream newspaper had knowledge of this affair well over a month ago and was waiting for a prime moment to publish it.

As we said last month, sacrifices are going to made to protect Boris Johnson. Professor Neil Ferguson is just the first of them.