Assange: So where is the Swedish warrant? 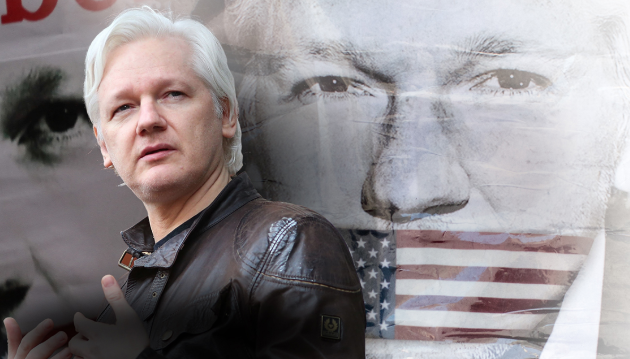 By Craig Murray: If the Swedish allegations against Julian Assange were genuine and not simply a ruse to arrest him for extradition to the United States, where is the arrest warrant now from Sweden and what are the charges?

Only the more minor allegation has passed the statute of limitations deadline. The major allegation, equivalent to rape, is still well within limits. Sweden has had seven years to complete the investigation and prepare the case. It is over two years since they interviewed Julian Assange in the Ecuadorean Embassy. They have had years and years to collect all the evidence and prepare the charges.

So where, Swedish prosecutors, are your charges? Where is your arrest warrant?

Julian Assange has never been charged with anything in Sweden. He was merely “wanted for questioning”, a fact the MSM repeatedly failed to make clear. It is now undeniably plain that there was never the slightest intention of charging him with anything in Sweden. All those Blairite MPs who seek to dodge the glaring issue of freedom of the media to publish whistleblower material revealing government crimes, by hiding behind trumped-up sexual allegations, are left looking pretty stupid.

The answer to that is silence.

Sweden was always a fit-up designed to get Assange to the USA. And now they don’t need it, so Sweden has quietly gone away. All the false left who were taken in by the security services playing upon a feminist mantra should take a very hard look at themselves. They should also consider this.

If you seriously put forward that in allegations of sexual assault, the accuser must always be believed and the accused must automatically be presumed guilty, you are handing an awesome power to the state to lock people up without proper defence. The state will abuse that awesome power and fit people up. The Assange case shows us just that. And it is not the only case, currently, as everyone in Scotland should realise.

But there is more. If you believe that any sexual accusation against a person should be believed and automatically and immediately end their societal respectability, you are giving power to state and society to exclude dissidents and critics from political discourse by a simple act of accusation. That power will be used and abused by the security services.

In the case of the allegation in Sweden that did fall through the statute of limitation, the accusation was that during the act of consensual sex Julian Assange deliberately split the condom with his fingers, without consent. I quite agree that if true, it would amount to sexual assault. But the split condom given to Swedish police as evidence had none of Assange’s DNA on it – a physical impossibility if he had worn it during sex.

And the person making the accusation had previously been expelled from Cuba as working for the CIA.

So tell me again – we must always believe the accuser?

For once, I agree with the Blairites that should a warrant arrive from Sweden that Swedish request should be prioritised for extradition over the US request, not least because rape is much the more serious crime. As the only reason Julian Assange ever claimed asylum was that he saw the Swedish allegations as a ruse to get him into custody for extradition to the US, I would also say that should a warrant from Sweden arrive he should now voluntarily go without further legal resistance, the US extradition point being overtaken.

But do not hold your breath. No warrant is going to come. The states that coordinated so carefully his arrest and detention, timed with the Muellergate release and the demented Ecuadorean government lies about faeces on walls, don’t need the Swedish angle now.

I ask again. Where is the warrant from Sweden? Are there still people who cannot see the Swedish allegations for the CIA ruse that they always were?